Loss and Affirmation: Never-Before-Seen Works by William Pachner at the Florida Holocaust Museum 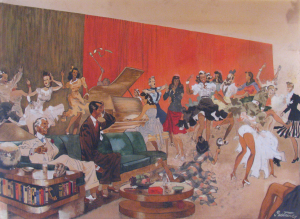