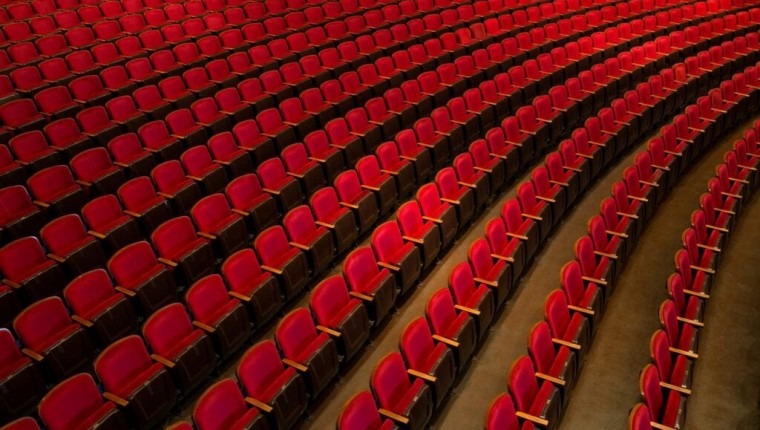 The show must go on may be a cliché, but it takes on new life in the age of coronavirus, when arts groups in lockdown struggle to cover the electric bill, much less entire productions.

Innovative thinking is in the spotlight, judging from reconfigured seasons by the Master Chorale of Tampa Bay, St. Petersburg Opera, Palladium Theatre, Florida Orchestra, Straz Center and other performing arts organizations. It has to be. These local nonprofits can survive only so long on the buffer of their endowments and the backing of generous donors.

“The challenges we are facing are unlike anything we have experienced,’’ says Judy Lisi, president of the Straz Center for the Performing Arts in downtown Tampa.

Choirs, orchestras and opera companies need to be especially diligent because rehearsing and performing live is a high-risk activity. While a violinist can wear a mask, a singer or woodwind player can’t, and that creates challenges in tight spaces. Packed concert halls, of course, are a thing of the past. But local groups are far from giving up.

“We’ve pivoted our strategy to make sure the commitment to our singers and audiences is met,’’ says Brett Karlin, artistic director of the Master Chorale, referring to new ways of presenting the arts to the community.

Some of the new ways include social media and video technology to conduct auditions and workshops. Singers who want to join the choir – now in its 42nd season – can do so via Zoom, and upload audio submissions on YouTube and other media.

The group also is providing digital educational content for the school system. Measure by Measure, a series of monthly virtual concerts that include pieces from the group’s archive, streams on the last Sunday of each month at 4 p.m.

What the singers aren’t doing, regrettably, is belting out the Ode to Joy from Beethoven’s Ninth or Handel’s Messiah in concert with their partner, The Florida Orchestra.

“The only thing we sorely miss is being onstage in the major halls with the orchestra,’’ Karlin says. “It’s the one thing we’re not able to replicate. But for everything else, we’re checking the boxes, and we aren’t fighting for survival.’’

The scrappy St. Petersburg Opera has kicked off an Artist Recital series through mid-December, featuring singers in famous moments from gems in the company’s repertoire.

It also presents With the Maestro, a casual series of lectures/performances that shed light on verismo (realism) opera, hosted by artistic director, Mark Sforzini. The link goes live November 5 and can be watched as much as you want through November 19.

Find the Maestro Talks series, videos of socially-distant POPera performances
and highlights from past stage shows on the St. Pete Opera’s YouTube channel

The Florida Orchestra – the largest performing arts group in the state – kicked off its new “reimagined season’’ with the first of three phases of limited-seating Masterworks performances at the Mahaffey Theater in St. Petersburg. Because of COVID-19, the orchestra is no longer printing programs. Concert-goers can download program notes and blogs off the website and bring printouts to the hall.

On November 14-15, the orchestra performs Mozart’s Symphony No. 40 and Concerto for Flute and Harp, with two of its own soloists, flutist Clay Ellerbroek and harpist Anna Kate Mackle.

If you can’t attend shows, you can watch livestreams at
floridaorchestra.org/livestreams

At the Palladium Theater, safety measures include keeping audience members at least six feet apart by selling only 180 tickets for events in the main hall, which seats 830. Shows are limited in number and 90 minutes without an intermission, to avoid close contact in the lobby and concession line.

The pandemic forced the Straz Center to close – abruptly – last March, and more than a thousand events had to be canceled. But things are slowly improving through a three-phase plan.

Phase 1 reopened the Patel Conservatory and outdoor productions on the Riverwalk Stage. Phase 2 began in late October with a production of Always Patsy Cline and other locally-produced shows with limited seating.

Phase 3 begins in March with large productions in Morsani Hall. Opera Tampa, the resident company of the Straz, could continue with its planned season this winter and spring.

“Our big unknown is the state of Broadway and when it will resume,’’ adds Lisi. “Of course, all this depends on the pandemic and how well managed it is by then.’’