The outcome from wearing different hats as a leader

We all wear them.

Which movies do you think these hats represent?

I’m writing this article while waiting to begin the Dunedin Concert Band rehearsal for its “Epic Movies” concert on Sunday (April 14th), so I couldn’t resist. (You’ll need to attend to find out the answers!)

So here’s another question:

Which hat do you think I will be wearing DURING the concert?!!! 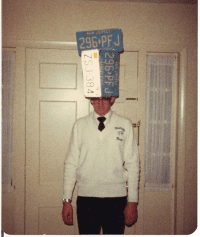 I won’t be wearing this one at the Dunedin Concert Band “Epic Movies” performance, that’s for sure!

But let’s get serious…

Leaders get to wear a multitude of hats at various times of the day.

But the bottom line for me, is “so what?” What is the purpose? WHY do I have to wear different hats? We could explore things like communication, skills, and all those things the gurus normally charge to talk about, but I’d rather focus on the outcome itself.

And there is ALWAYS just ONE outcome.

Regardless of the need, desire, or circumstance.

No matter what hat I’m wearing at any particular moment.

There is still just ONE outcome.

And it is thanks to John Nash that we have this one outcome. In fact, the outcome is SO important that he actually won a Nobel Prize in Economics because of the effect the outcome has had on the world. (You might be best recalling John Nash as the lead character in the biographic A Beautiful Mind starring Russell Crowe in his better acting years.)

No matter what hat I’m wearing as a leader – encourager, accountant, teacher, actor, music expert, philosopher, organizer, and-a-whole-bunch-more-“ers” – it is my responsibility to make sure that every action taken, every decision made, results in something that is GOOD not only for any one individual but ALSO the group as a whole.

It can be a very tricky balancing act indeed, especially when one individual does not get what they believe they are entitled to, and become vocal about it.

Unfortunately that can often upset many more people than my decision as a leader, and sometimes we just have to live with that.

But we also know it was the BEST decision possible with the information at hand that will benefit the LARGER group.

It’s NOT about YOU!

In this day and age of “me” and “you can be whatever you want to be” and “you can do whatever you want to do” it is even more vital that the hats I wear as a leader are sensitive yet strong, flexible yet sturdy, colorful yet plain. Society does not benefit the most from an individualistic approach to life – only when we take into consideration the decision and actions of the larger group we operate in can we expect to achieve the best possible outcome for ourselves… AND the group.

Whatever hat you are wearing today, may you make decisions and take action that benefits you AND those around you.