What is a Scenographer?

This week in the Lea Umberger Design Studio  I’d like to tell you about one of my favorites jobs to do when designing theatre- Scenographer.

The definition of Scenographer has many different interpretations, depending on who you ask:

Merriam- Webster: the art of perspective representation especially as applied to the design and painting of stage scenery

Cambridge Dictionary: the art or job of designing and creating scenery (= paintings or images used to represent a place) for a show or event

To me and more specific to the work I do- Scenography includes the design of a production that includes both set and costume design.  It is a unique opportunity to create the complete design for a production from theme, color, function and silhouettes.  Don’t get me wrong, I love collaborating with other designers when working on a show, but as a designer there is nothing more satisfying then seeing a whole picture come together that was once just a few sketches on a page.

This past October, I had the chance to work on Pinocchio at Florida Studio Theatre in Sarasota as the scenographer for the production.  The job included created the design for the set and costumes for this children’s show.  The director was Jason Cannon.

Each show requires a different process, but I usually start with  defining the scenic design look with an architecture and color research. 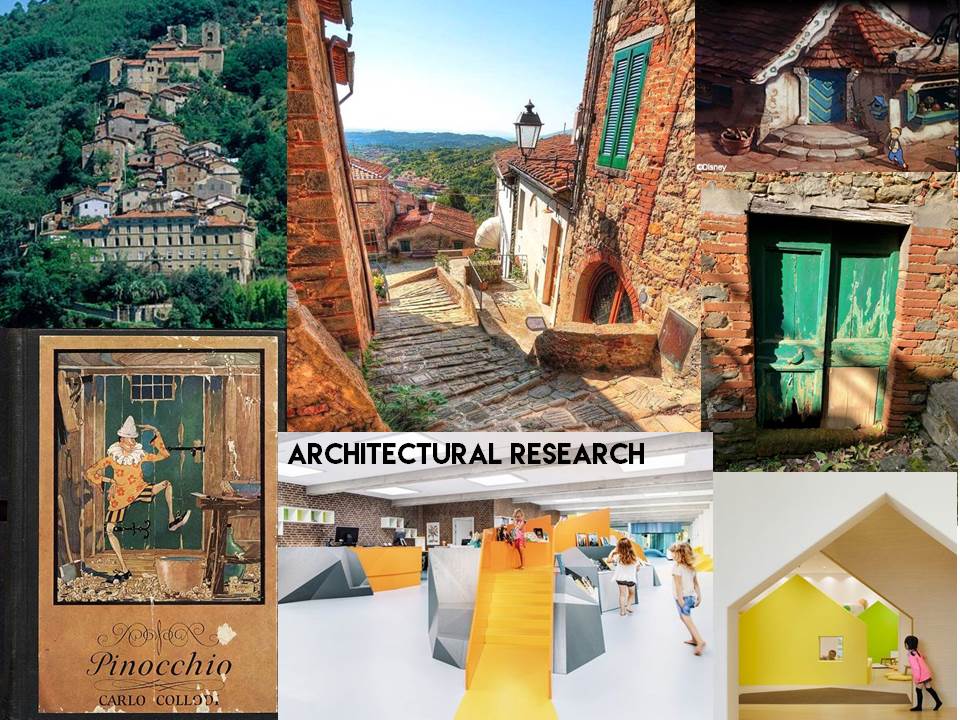 Sketching and Color are then developed, as well as the working build drawings that show how each piece will be built.

In a future design post, I will talk about the more technical side of design, the drafting and yes, math, that gets these sketches built, makes sure the pieces can fit through the theatre doors and that the actors can move comfortably and safely to do their creative process. 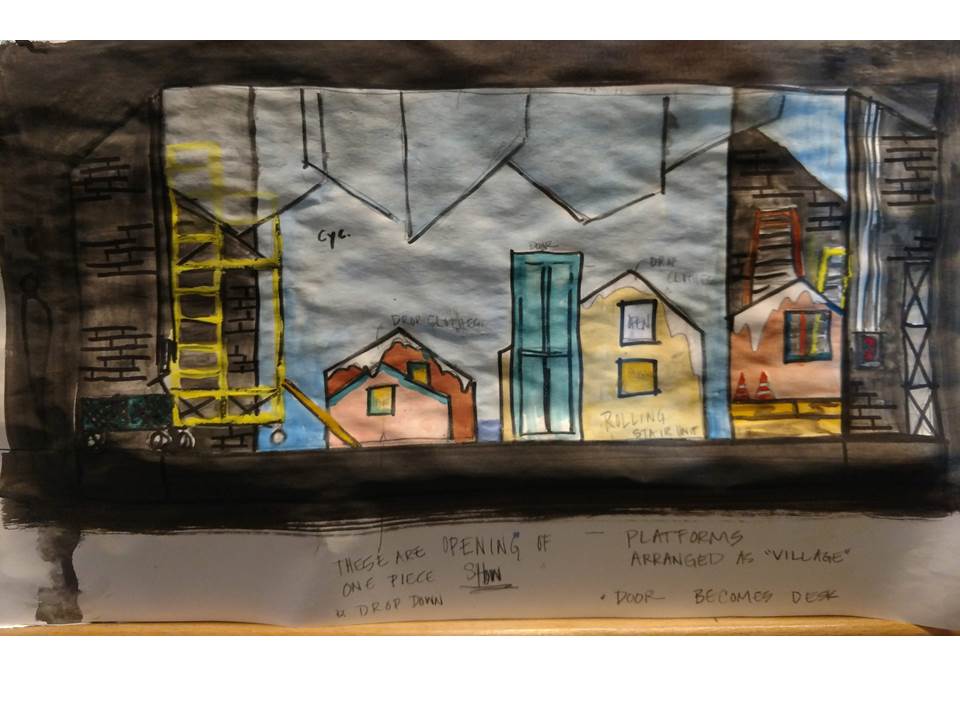 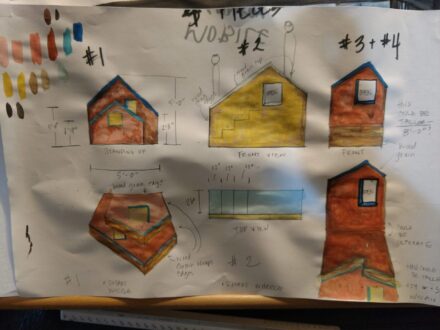 Color Sketches of the Movbeable Set Pieces for Pinocchio at Florida Studio Theatre, by Lea Umberger 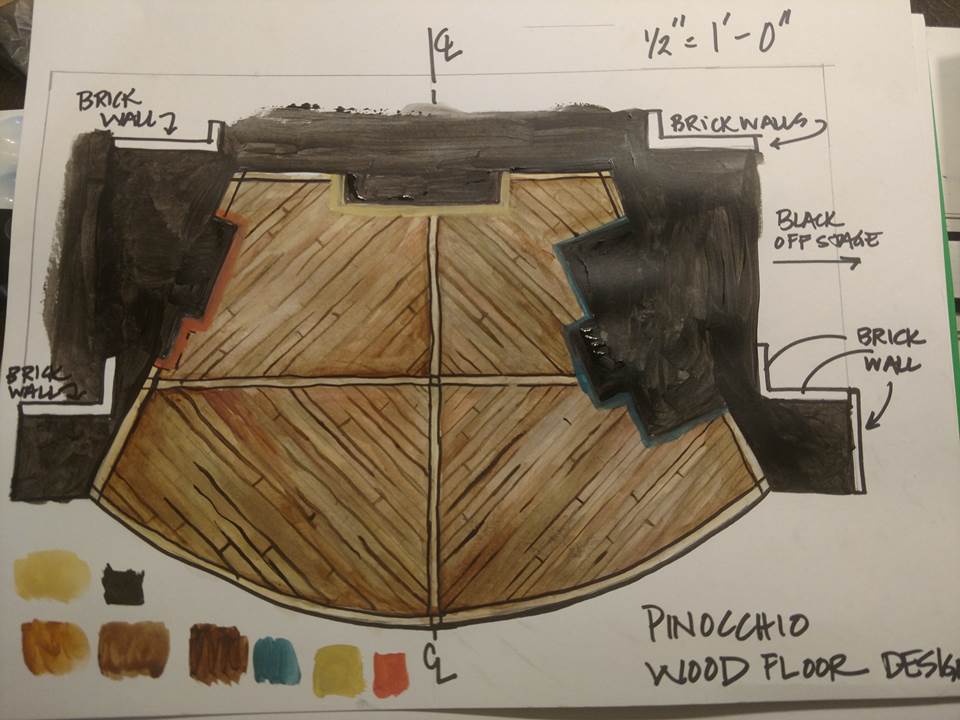 Once I have found the color palette- I find it easier to move on to the costume design research and sketching.  For this show, I purposely did not do color renderings for the costumes, as it was a “Shopped” show- meaning there were very few pieces that the costume shop would be making, and I would have to rely on what was available in the marketplace, stores and costume stock to put the costume pieces together.

Meet the 6 players that made up all the characters in Pinocchio: 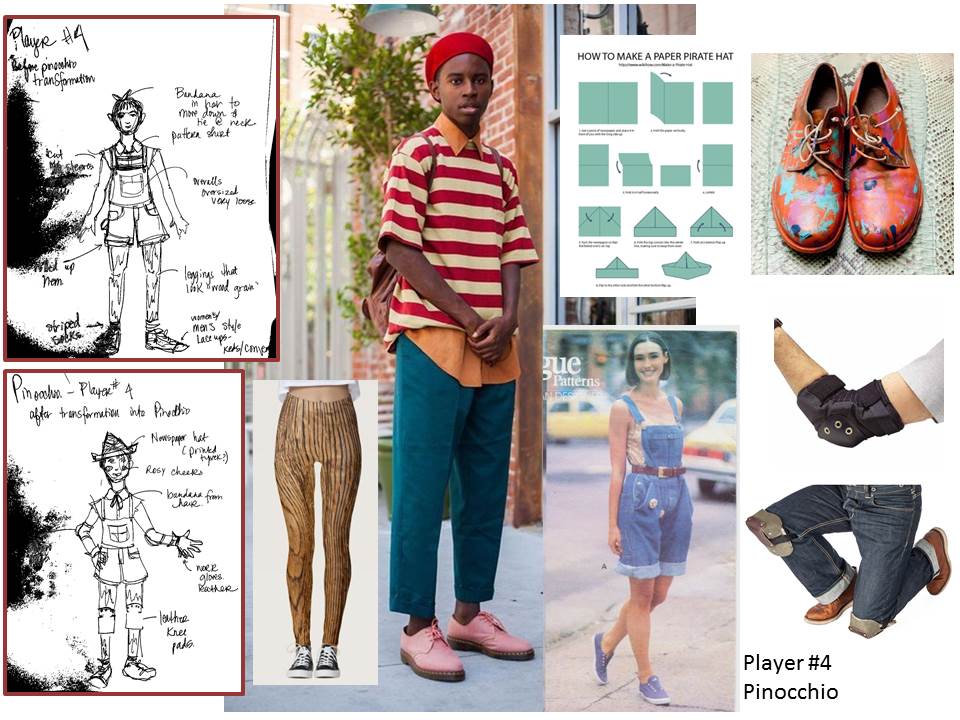 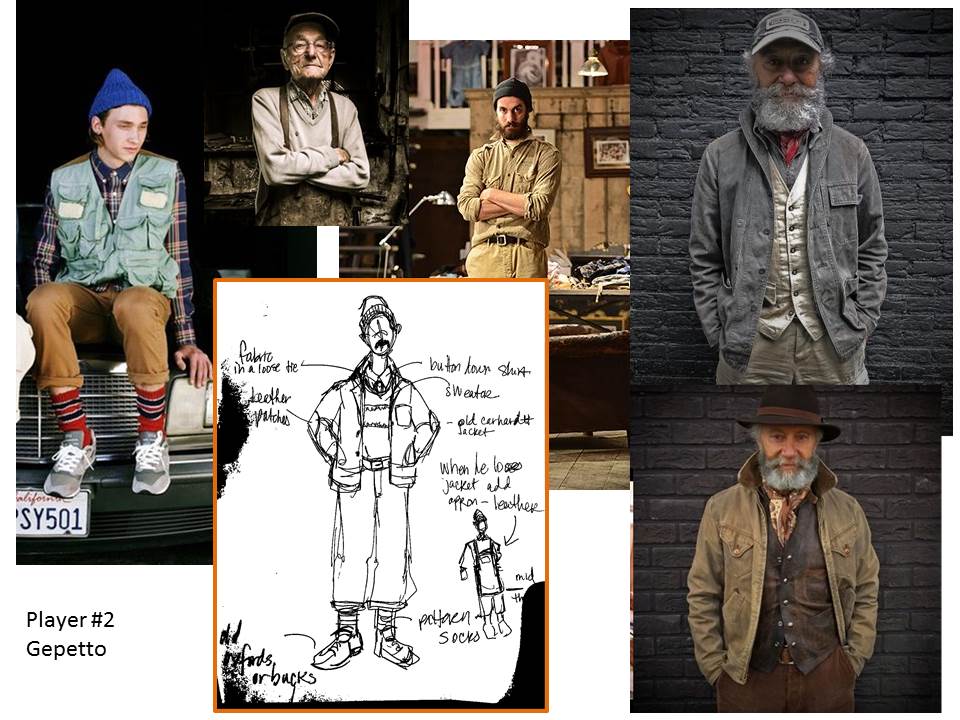 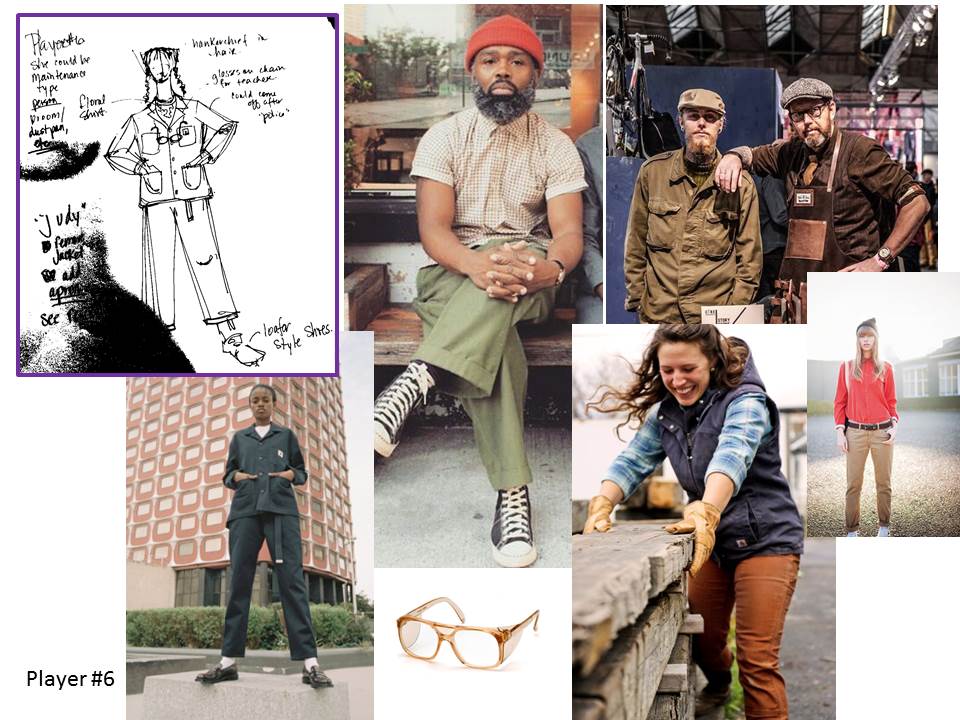 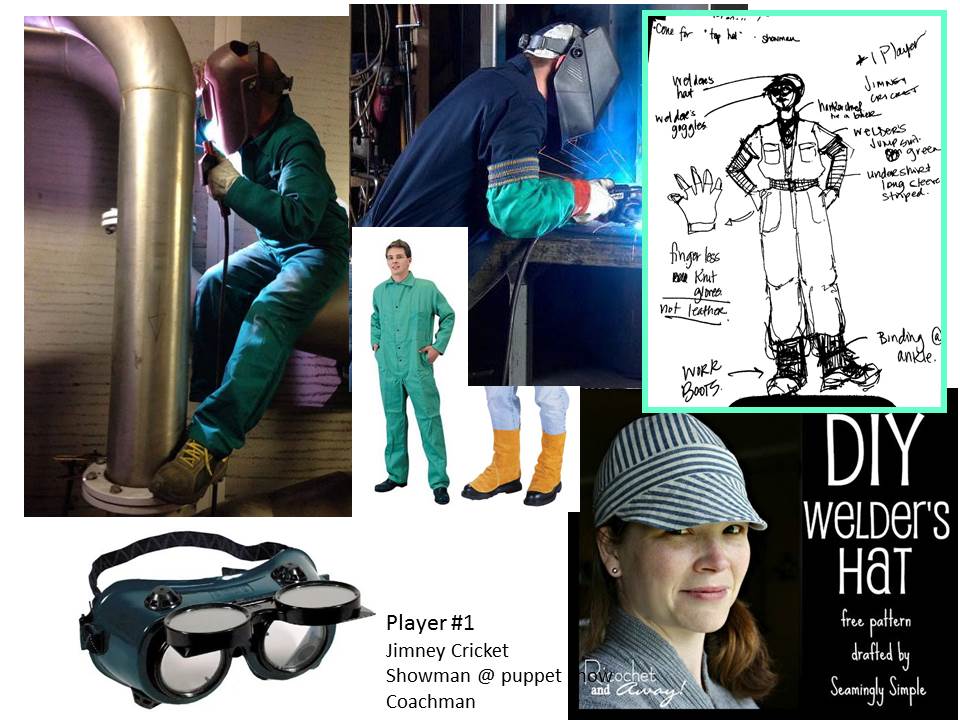 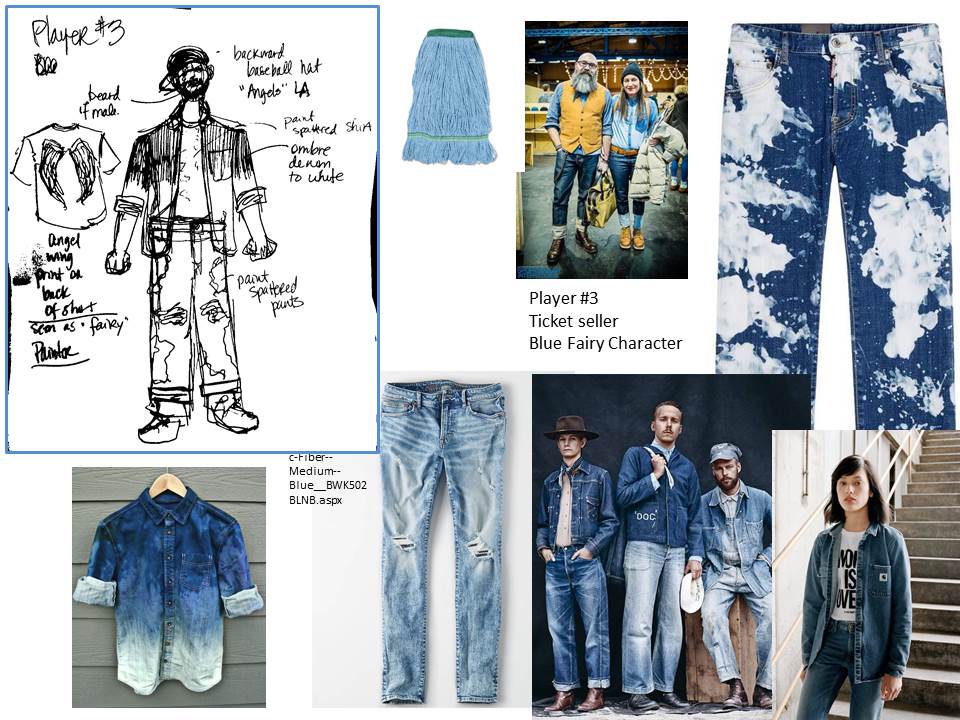 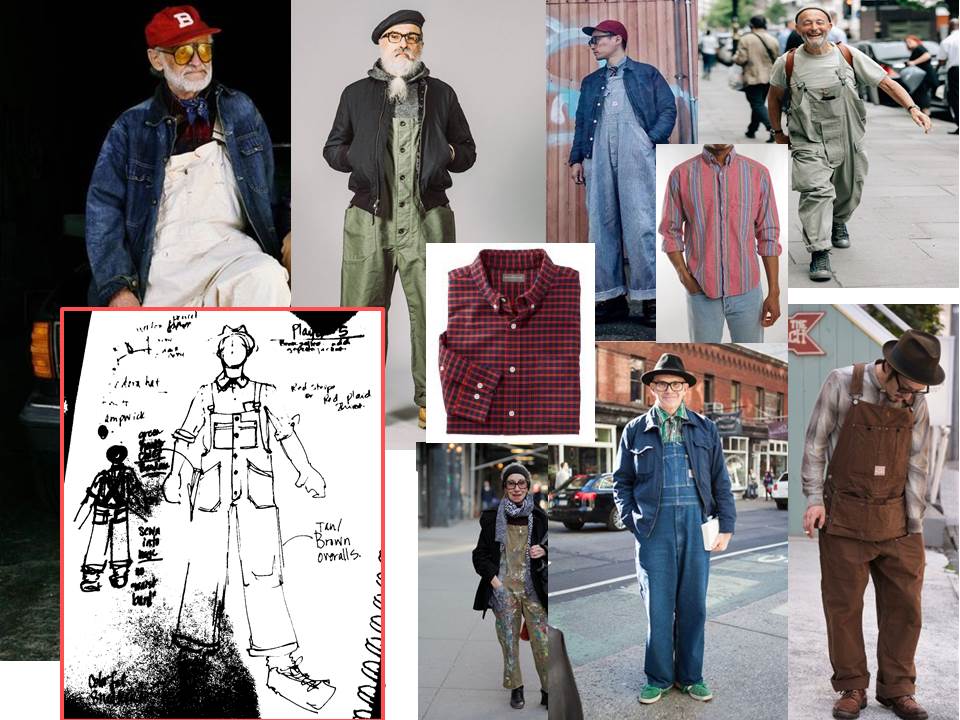 After months of meetings and weeks of working with the talented teams that create the sets and costumes from these sketches- the final result makes it to the stage! 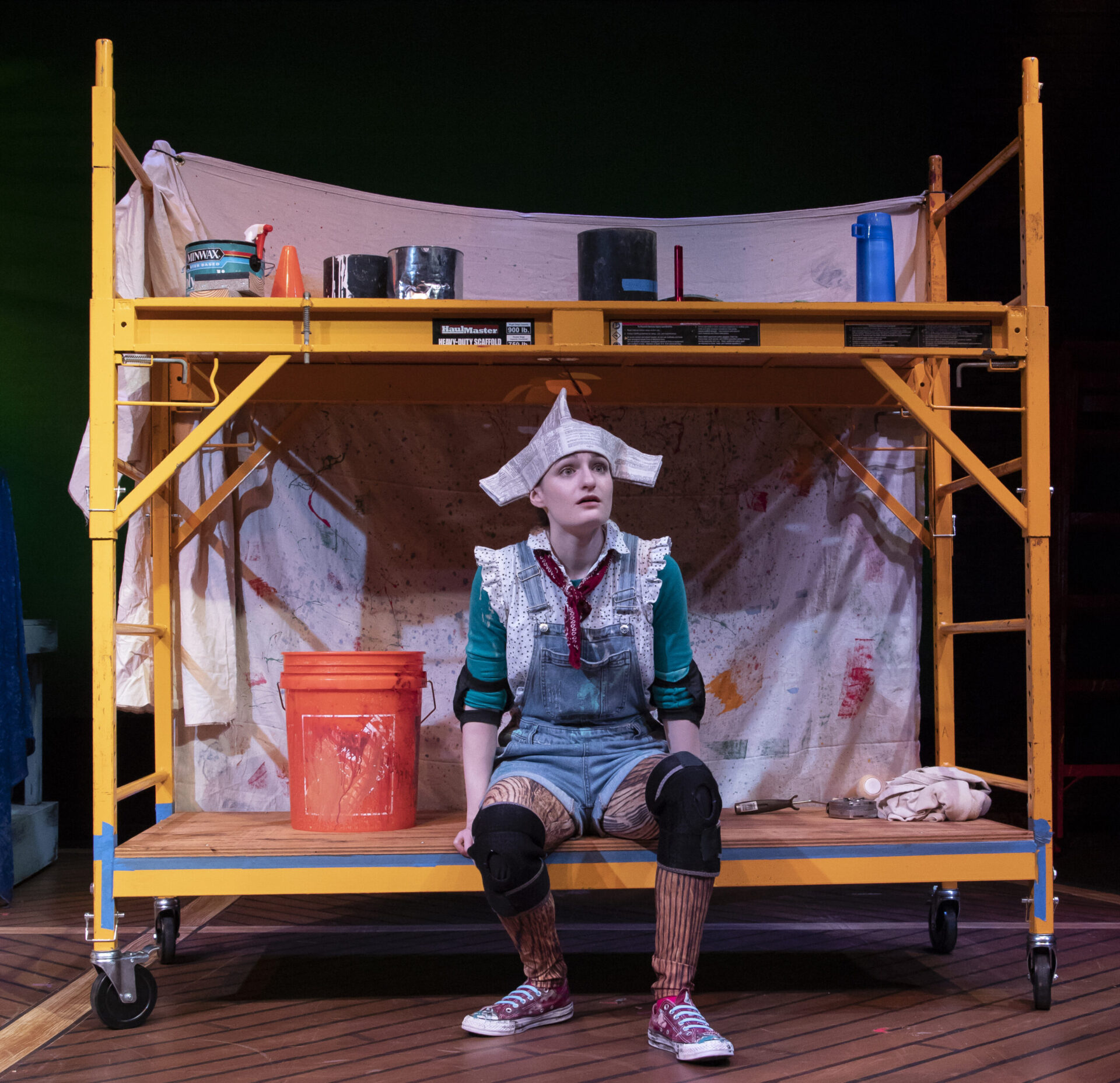 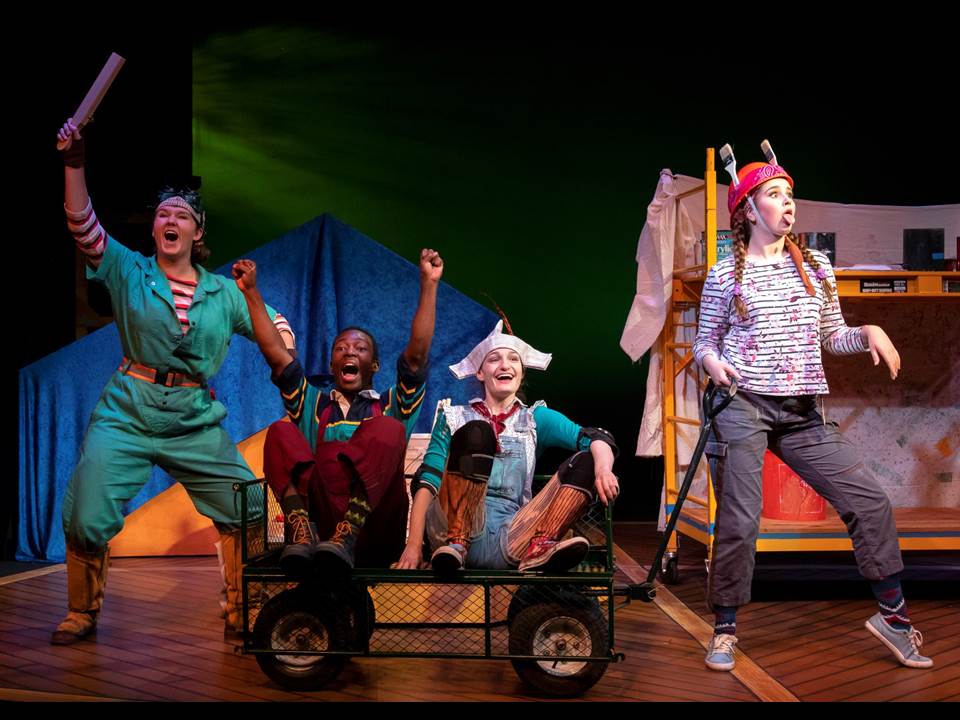 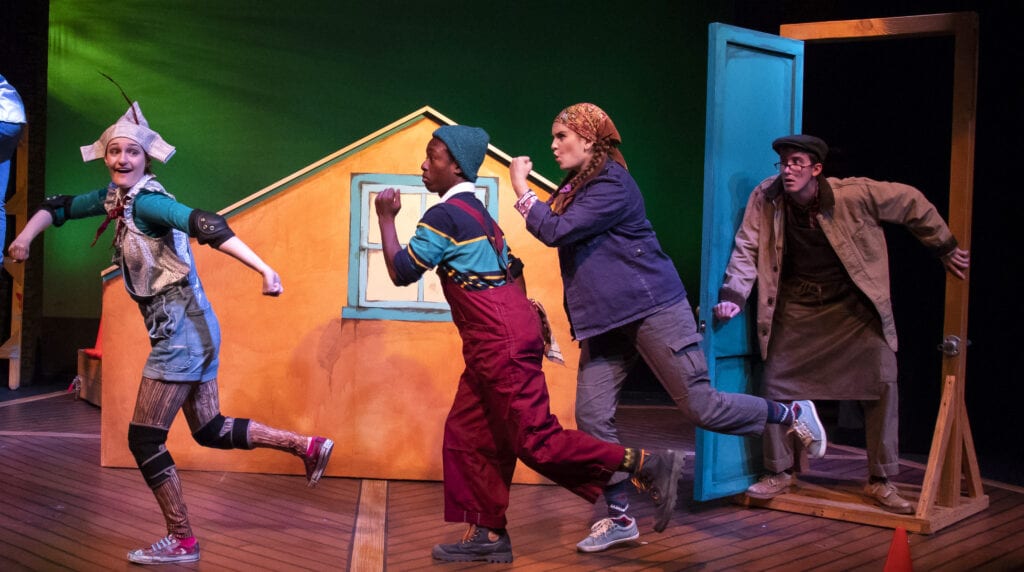 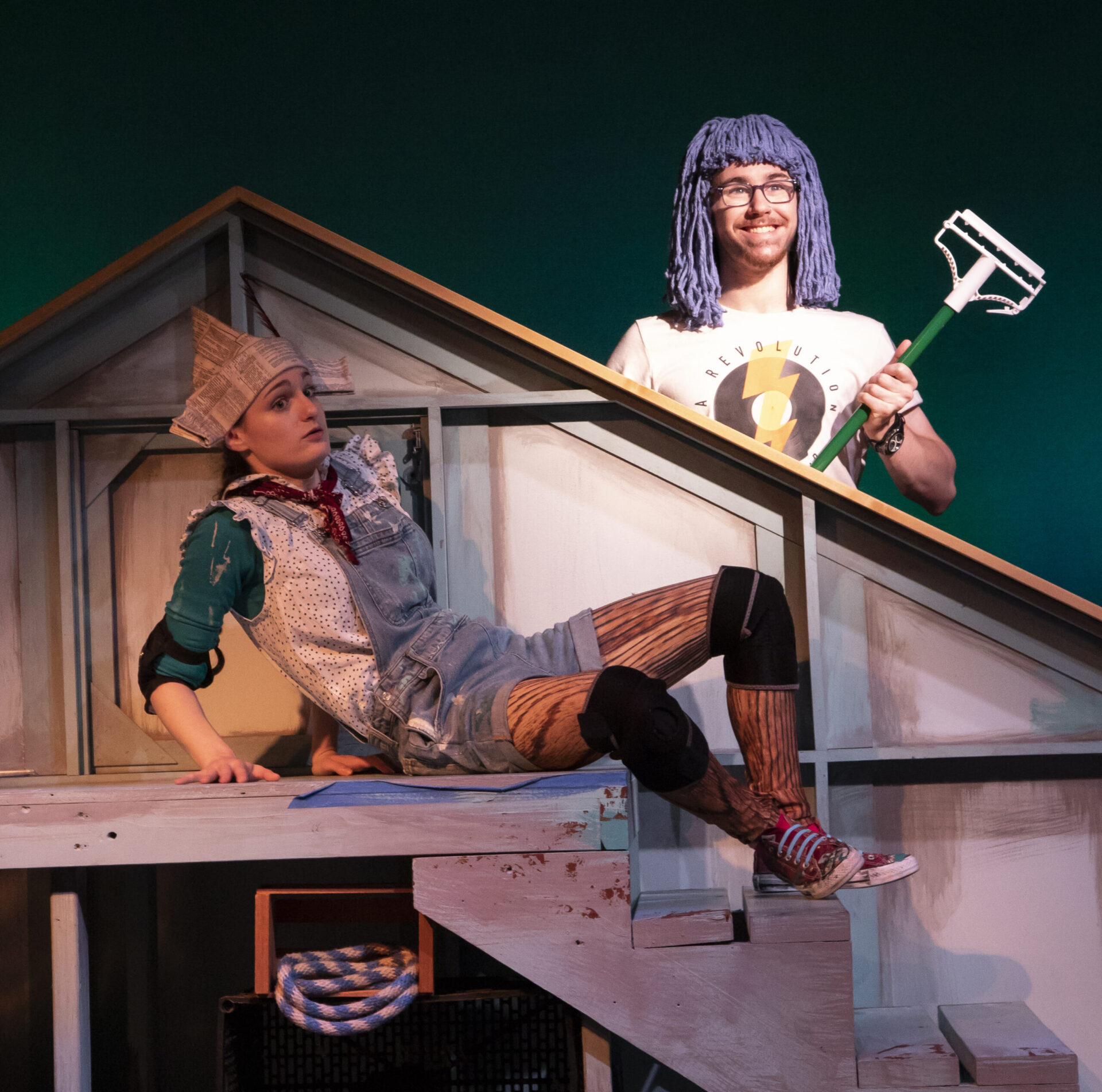 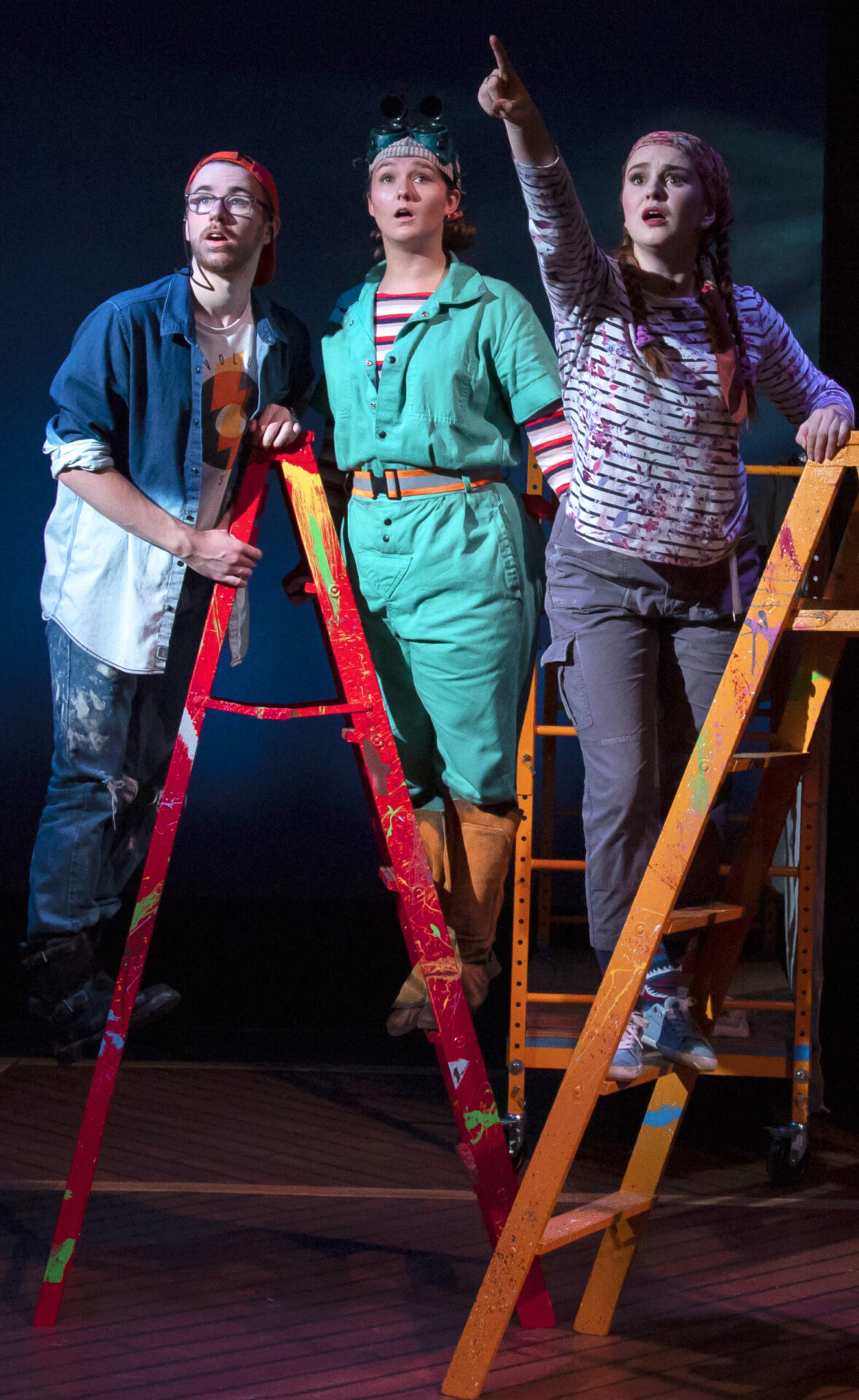 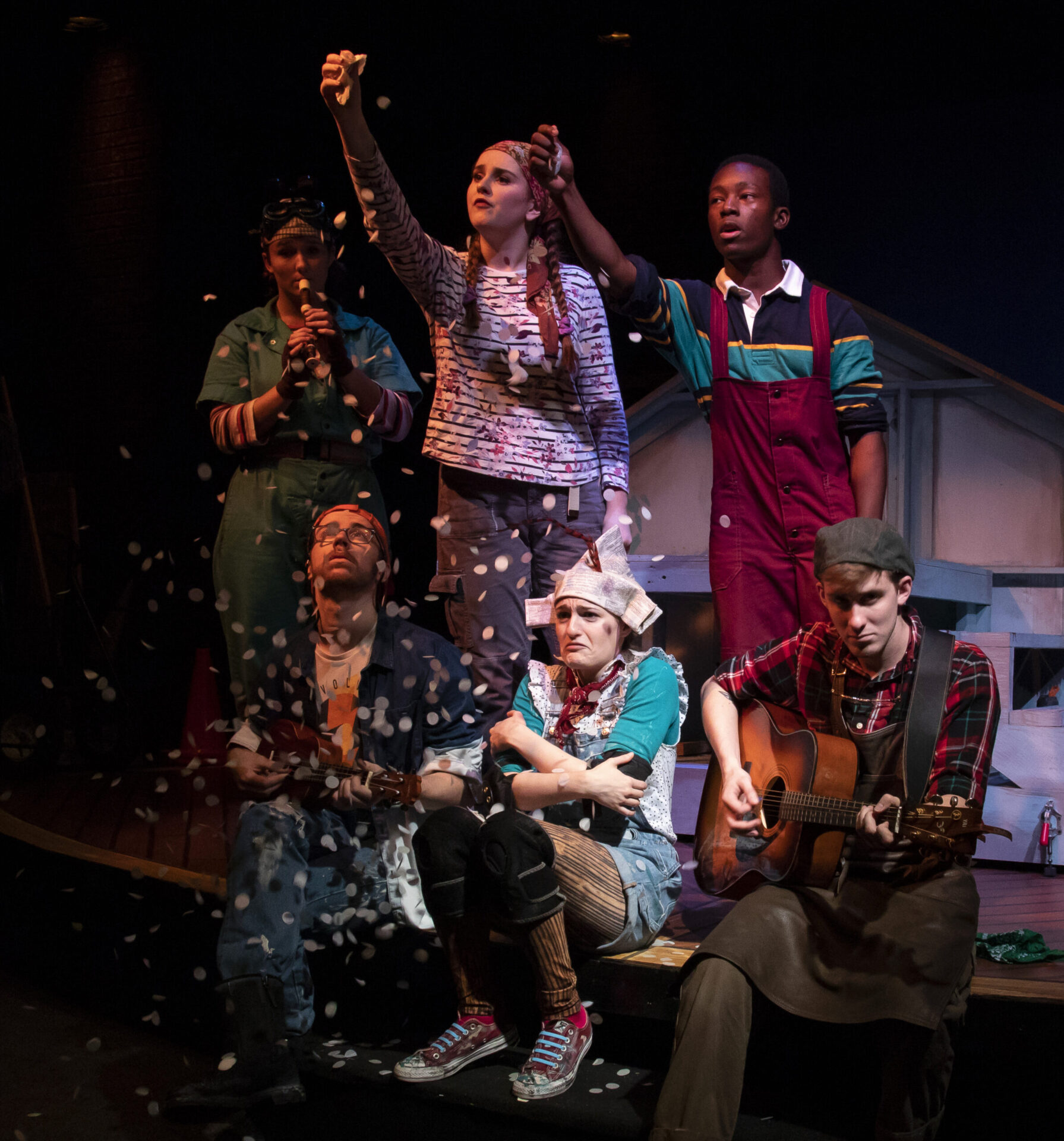