We Are One: A Global Film Festival

Film festivals have been the holy grail for filmmakers to network, learn, find distribution and generally refresh while basking in the extreme talent of their industry. Then came 2020, Covid-19 and quarantine rules knocking down the carefully constructed blocks of success we learned to maneuver and enjoy.

Sitting in a dark room with passionate film people — whether filmmakers or film lovers — was the cherry on top! Now, we are relegated to Zoom socials and seminars and free screenings of our films to those rabid for content, eating our life’s work like small dishes on a Mediterranean menu. What now?

More than 20 well-respected film festivals from around the world are partnering with Tribeca Enterprises and YouTube to stream movies free as part of We Are One: A Global Film Festival, a 10-day event showcasing a selection of feature films, shorts, documentaries, music, comedy and panel discussions. 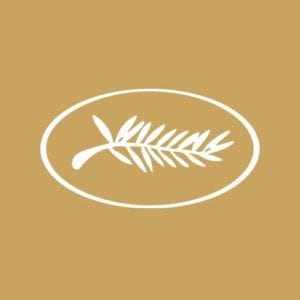 The digital festival kicks off on May 29 and runs through June 7. It features programming by festivals such as Cannes, Sundance, Toronto International, Berlin International, Tribeca and Venice.

Although free, viewers can make donations to the World Health Organization’s Covid-19 Solidarity Response Fund if they desire.

Cannes gave their thumbs up in the following statement, “We are proud to join with our partner festivals to spotlight truly extraordinary films and talent, allowing audiences to experience both the nuances of storytelling from around the world and the artistic personalities of each festival.”

New and classic content is expected to stream during the virtual film festival although no actual programming has been announced as of the writing of this article. You can subscribe to the channel to receive updated information at youtube.com/watch?v=QVuf5iTExis.

“We often talk about film’s uniquely powerful role in inspiring and uniting people across borders and differences to help heal the world. All of the world needs healing right now,” Jane Rosenthal, CEO of Tribeca Enterprises and co-founder of the Tribeca Film Festival, said in a press release. “We Are One: A Global Film Festival unites curators, artists and storytellers to entertain and provide relief to audiences worldwide.

“In working with our extraordinary festival partners and YouTube we hope that everyone gets a taste of what makes each festival so unique and appreciates the art and power of film.”

South By Southwest, cancelled by local government officials a week before opening day, was one of the first film festivals to temporarily transition to an online version this year. SXSW partnered with Amazon, streaming a virtual film festival from April 27 through May 6. The SXSW Film Festival 2020 Collection remains available to rent online through Amazon.

“SXSW has always championed creators forging their own paths to success, often with just the right mix of passion, vision and radical experimentation to make their dreams happen,” said Janet Pierson, director of film at SXSW. “There is no one-size-fits-all, especially in these uncertain times, and we knew this opportunity would be of interest to those filmmakers who wanted to be in front of a large audience now. “

A virtual film festival does sound good, especially when it is the only choice — but could it actually damage filmmakers’ chances for distribution? Will We Are One: A Global Film Festival provide new and different opportunities to fresh talent? Will seasoned productions participate and receive distribution deals? No one is sure. At this point, we are not even sure whether the programming will be from recognizable talent or fresh faces.

What we do know is that like the rest of the recent changes to our lives, nothing will be the same as it was. Every film festival is scrambling for existence. Cannes has been postponed twice — festival director Thierry Frémaux told Variety earlier this month that holding a virtual event “wouldn’t work.” Venice Film Festival organizers still plan to hold some kind of in-person event slated for September 2-12, while Toronto International Film Festival is working on a hybrid physical-digital program. Several other major festivals are trying to figure out how to function in the digital world.

Although virtual festivals do not exude the same excitement as in-person festivals, filmmakers, sales agents and programmers don’t have the benefit of waiting. Competition for next year’s slots will be fierce. Some festivals will cease to exist and the old models will have to change. The audience will have to adapt to the new way of watching cinema, just we are having to adapt to new ways of working, buying groceries and spending time together.

Necessity is the mother of invention. I, for one, look forward to seeing the positive aspects of how the world of film will change while missing the “old school” ways of viewing movies — the same way I miss celluloid itself.

Subscribe to the We Are One: Global Film Festival here