Unsettling Art for an Unsettled Country 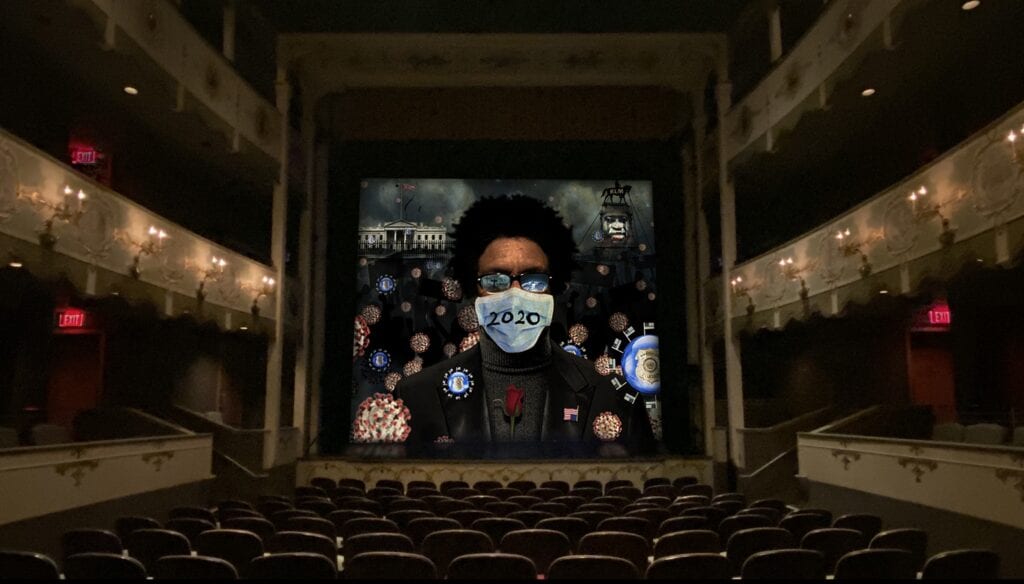 John Sims’ 2020: (Di)Visions of America at the Historic Asolo Theatre 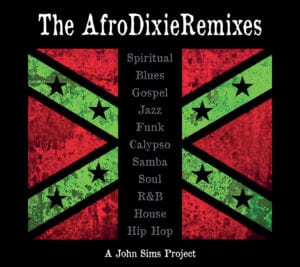 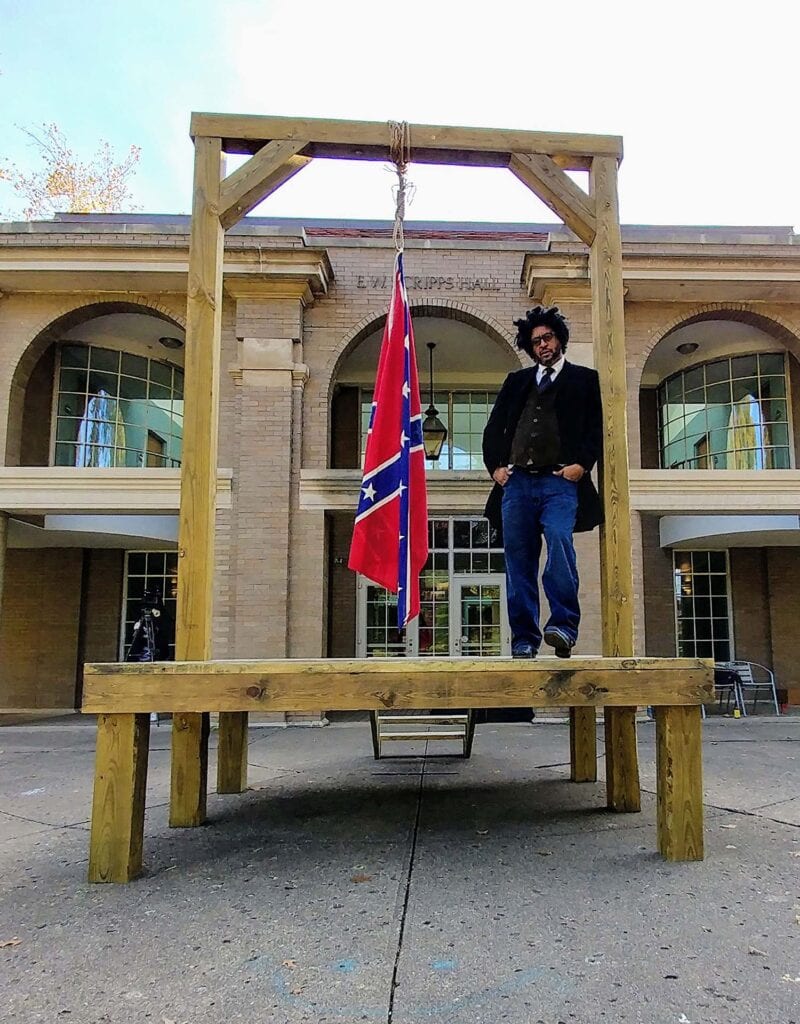 John Sims poses with The Proper Way to Hang a Confederate Flag at Ohio University in October 2017.