“The whole issue of virtuality
has dramatically changed”

A Conversation with Curator Christian Viveros-Fauné 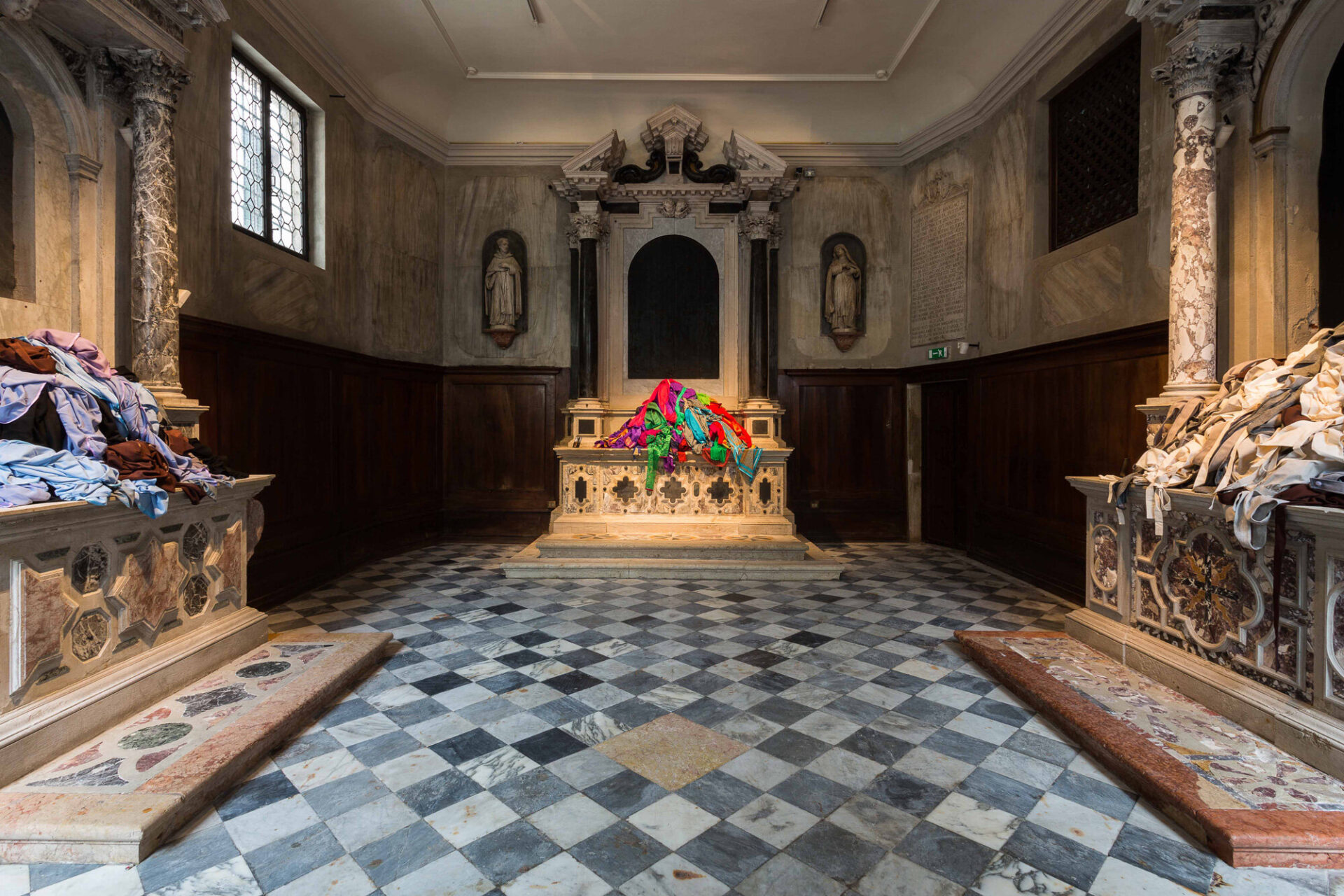 Life During Wartime: Art in the Age of Coronavirus, curated by Christian Viveros-Fauné, is the USF Contemporary Art Museum’s first online exhibition. Comprised of videos, photographs, illustrations and documentations of performances, paintings and sculptures, this exhibition is a snapshot of what artists across the globe have been creating and thinking since the beginning of the Coronavirus pandemic.

Christian Viveros-Fauné: USFCAM, like every other museum, had to rethink everything the minute the quarantine came down. ‘Now what do we do?’ ‘What are art institutions for?’ ‘How do you put exhibitions together without having people cycle through actual rooms and look at actual objects and experience them firsthand?’

We were flexible enough to be able to put together, in a month and a half, a wholly virtual show. Our. First. One. Ever.

What we had to do, which is what all visual art institutions had to do, is stop, postpone, cancel the programming we had scheduled – and try to find another way to engage with our audience, and share culture. That’s what we’re about, least until things right themselves.

The whole issue of virtuality has dramatically changed. Before, the word ‘virtual’ had to do not only with the digital aspect of communication, but also with the idea of simulacra. It was something parallel. It wasn’t real.

The fact is, now, what’s virtual is more real than ever. It’s our only way to safely share culture. At USFCAM, we’ve tried to make this exhibition as wide-ranging, and as global, as possible.

Tom Winchester: One of the most interesting aspects of this exhibition is that the artists included are labeled as ‘current.’ This means artists are being added as the exhibition goes on. What’s also interesting is because the exhibition isn’t limited to the availability of a physical space it could go on for an indefinite period of time.

CVF: Or as long as the pandemic is going on. We’re aware that this is an ongoing situation. We want to chart how artists are responding to the situation, in real time. We knew there was an ongoing nature to the crisis and that if we’re going to talk about it eloquently, and in a fulsome way, that we’d have to capture the nature of that ongoing phenomenon.

Also, in order for it to be fully representative, we knew we had to cover several waterfronts – the show had to be global, because it’s a global pandemic, and we should try to cover the waterfront in terms of career spans. So, we’ve got some emerging artists, some mid-career artists and some quite established and famous artists. That way you get the full scope of the reaction, or as much as we’ve been able to muster anyway.

What we didn’t want to do is a data dump. We wanted an exhibition that gave you a sense of the evolving nature of the problem. We recognized that one of the differences in putting a virtual show together, as opposed to a physical show, is that it’s actually easier to walk through a room, and more attention-grabbing, than to consistently scroll through fifty or sixty ‘pages’ of contributions.

For a while, we were unveiling four artists’ contributions at a time, every Tuesday at 10:30 a.m. Now, we’re down to two at a time. We figure that by October we will have the entire show up, so that November and December will be months where people can assay the entire thing. 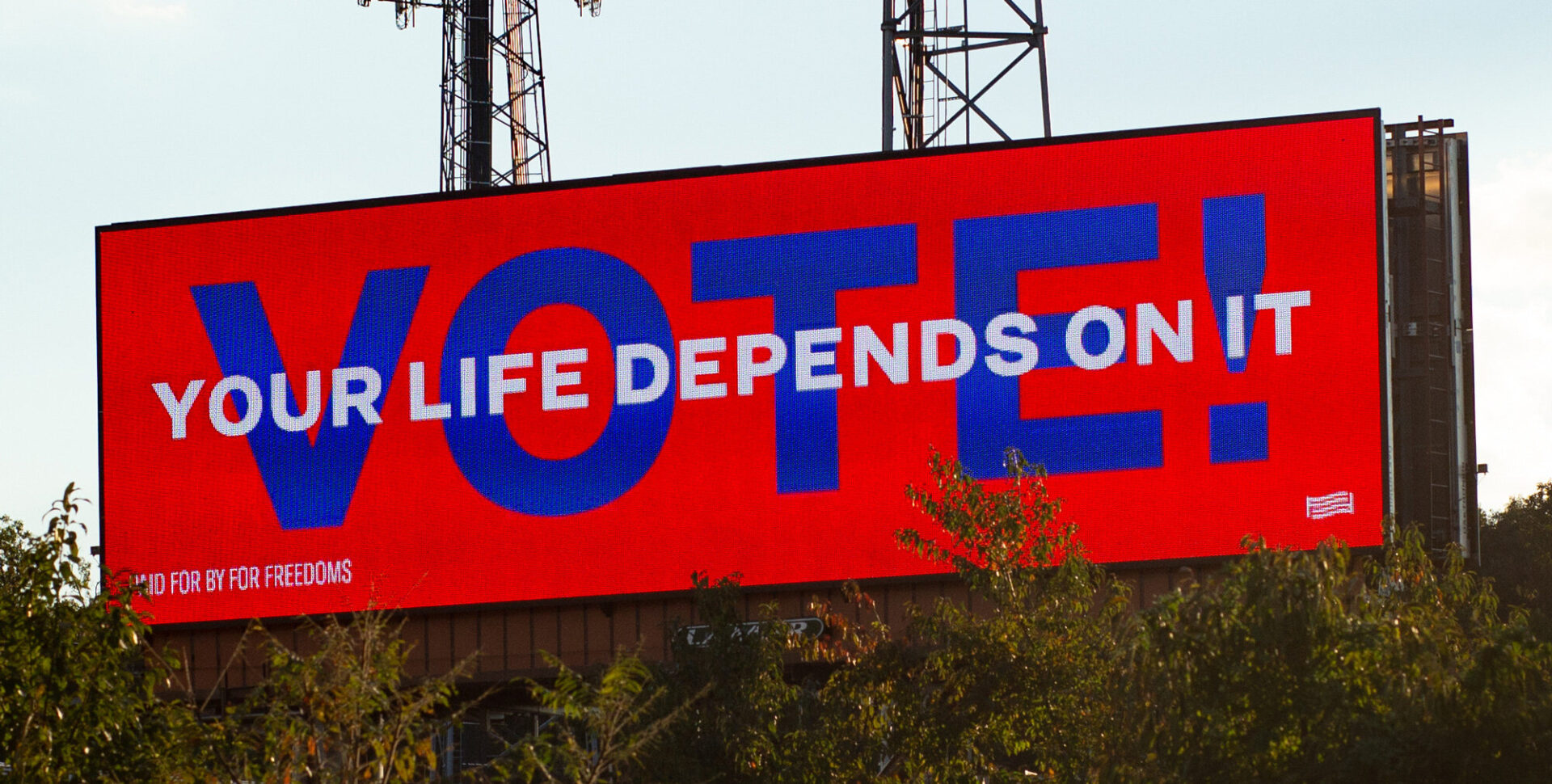 TW: Do you choose the contributions to the show, or do the artists choose which pieces to exhibit?

CVF: We come to an agreement. I suggest artworks I’m interested in and sometimes they say, ‘Yeah, but I’ve got this piece that I’ve just made,’ which, of course, is wonderful. I really want to know what they’re up to, right now.

Some of the artists in the exhibition have spent the pandemic thinking, and not making work, because making work is not something that’s been available to everyone. Some folks have been stranded outside of their places of residence because of international travel restrictions. I also know people who haven’t been able to get to the studio, for one reason or another.

Also, for many artists, work that they’ve made in the past has a new read now. Things, every little and big thing, have been significantly not just recontextualized but resignified.

This also happened after 9/11 – there were artworks on view on September 10th in NYC that meant something completely different the next day (I’m thinking especially of Wolfgang Staehle’s live wall-sized webfeed of Lower Manhattan at Postmasters Gallery in Chelsea that inadvertently captured the drama of 9/11 in real time).

There are ways in which past works — Francisco Goya’s Disasters of War (1810 – 1820) — look different today than they did just six months ago.

TW: That’s a very postmodern concept because it’s not that the artworks have changed – it’s that we all have changed.

TW: How do you approach being inclusive when it comes to the race, gender and sexual  orientation of the artists in this exhibition?

CVF: I see it as my mission to make this exhibition inclusive, but I am more aware than ever of the gaping holes I have in my own black book, which I am taking significant pains to address.

In these times, when we are confined to our homes, or the eight or 10 or 15 blocks that we occupy, everyone silos. I firmly believe this is a time for people to grow beyond those silos. People have to keep their wits about them, keep their reason intact so to not fall for leaps in logic and conspiratorial thinking, and they have to expand themselves. We have to expand our resources, and be more generous. If not now, when? 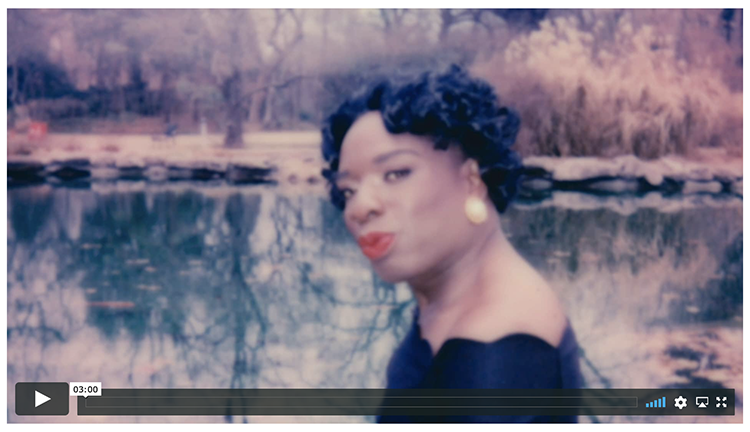 Kalup Linzy, I Wish I Knew How It Would Feel To Be Free (Polaroid Full-length version), from Paula Sungstrong Legend Recordings 2020. Video. Courtesy of the artist and David Castillo Gallery.

TW: The canon of Western art history has more or less forgotten anyone who wasn’t white and male. Do you see any changes to the canon that have allowed for more inclusion?

CVF: I see a rush to embrace folks who can represent today’s most pressing issues, like those raised by Black Lives Matter, and basic ideas of social equity. The question is, how much staying power will these changes have? I believe all of these issues, structural racism included, are tremendously intersectional.

At some point soon, I think we’re going to have a moment of significant outreach to Latinos. There’s been relatively little news about the tremendous problems those communities have undergone relative to the enormous suffering they’ve endured recently. The Trump administration’s family separation policy. Illegal and inhuman practices in immigration jails. The high rates of infection and mortality from COVID-19 in farms and Latino communities throughout the country. Most Americans wouldn’t treat their dogs the way ICE, DHS and the Trump White House treats the Latino community. I think it’s fundamental in moments of humanitarian crises like these that we reexamine the role our institutions play and ask a lot more of them.

TW: Are there any overtly political, or anti-Donald-Trump artworks in the exhibition? 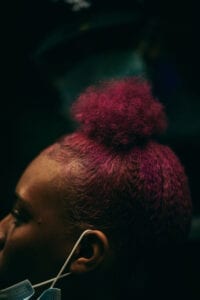 CVF: Sure. Samantha Casolari’s photographs in the exhibition of Black Lives Matter demonstrations in New York City, for one. They show cops and protestors arrayed against each other, but very much as human beings behind their masks and helmets.

Samantha put together the Pictures for Elmhurst campaign, for which she organized a number of major photographers, most of them residents in New York, to sell prints online to benefit Elmhurst Hospital Center. Elmhurst Hospital, at that time, was the epicenter of the epicenter of the coronavirus pandemic. The hospital basically services the poorest New Yorkers, immigrants and folks who only go to the doctor for emergencies. She raised $1,380,000 in just two or three weeks with that project.

Also, Mark Thomas Gibson has several overtly political works in the exhibition. One depicts Trump as a pig being roasted over a fire. There’s another one with Mike Pence next a skeleton with a word balloon reading, ‘He’s killing it.’ There’s another one called Tales from the Trump Administration (2020) that shows a cemetery, and the headstones are emblazoned with the virus’ victims – ‘cashiers,’ ‘doctors,’ ‘nurses.’ Those are probably the most declarative anti-Trump pieces, but there are others.

To anyone reading, or listening, to us – this may not be a feel-good exhibition, but there’s no pessimism allowed, at least not for its own sake. There’s no time for that silliness. What the show will do is give you an overview of how other creative people are thinking through this really complex set of realities.

TW: In the catalog essay, you write about the phrase, ‘May we live in interesting times,’ and how it originated as a counterfeit Chinese curse.

You go on to write that art can, “serve as an important guide for how to think, how to innovate and, most substantially, live fully human lives during ‘interesting times.’” To me, this sounds a lot like what was being discussed during the Occupy era. Do you see any similarities between the aesthetics of the COVID-19 era and those of Occupy?

CVF: I don’t know where we’re going to end up post-COVID-19, aesthetically, but I do think our moment, in terms of sheer misery and anxiety, has surpassed what happened with Occupy by miles and miles and miles. 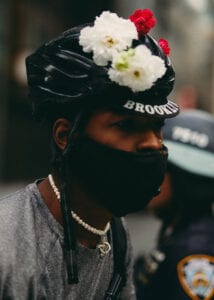 The similarity exists in that both moments had artists responding to major crises — Occupy ostensibly to the financial crisis and its knock on effects. Artists are practiced in summarizing public issues symbolically, either through conceptual artworks, texts or tactual images. They’re able to encapsulate things that people are feeling and thinking. That’s where the similarity between both historical moments begins and ends.

Our moment has much more radical potential for rethinking everything, soup to nuts. Take the Black Lives Matter murals, for example. Mark Thomas Gibson described our current situation as an image arms race. I think that’s right. The Mayor of Washington D.C., Muriel Bowser, put a Black Lives Matter mural almost directly across from the White House! There are limits to the art as a weapon metaphor, but if there is an image arms race, then those murals are F-15 jets and they carry a pretty heavy payload.

In that particular instance, no famous artists made that mural possible. Excepting for Muriel Bowser, all of the other folks involved are anonymous, and they’ll likely stay that way at least until Trump is out of office. That event, which I submit is an art event of great magnitude, is totally outside of the scope of the narrow market dynamics we’re used to, not just in terms of financial value, but also in terms of social and symbolic value.

What crises do, historically, is they drive people – artists among them – to stretch themselves to conceive of the world anew. Artists can step in to help people realize what’s happening and what’s not happening, as well as promote critical thinking and accelerate social change.

The nature of this pandemic is ongoing – our response has to mirror that reality.

Explore the exhibition at
lifeduringwartimeexhibition.org