You Say Goodbye, She Says Hello 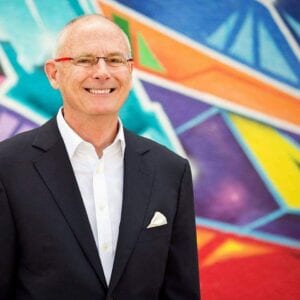 Do you ever hear news that makes you feel sad and yet happy at the same time? It’s an interesting conundrum to be sure.

Well, that’s how the news of John Collin’s retirement from the St. Petersburg Arts Alliance – the arts organization he founded just nine years ago, hit me. So, I called him to chat.

I told him how happy I was for him – the feeling that comes from knowing how well deserved this break is. It’s nice to think of John and his bride of 33 years, Mary Ellen, getting to spend quality time together actually enjoying events instead of him managing them – and going home whenever they damn well please.

“The phone doesn’t stop ringing on a Second Saturday ArtWalk,” John shares, “and it falls to me to solve whatever issues arise. The great thing is, you learn as you grow – so one of the things I want to do before leaving, as part of my legacy, is to help implement an updated model that increases shared responsibility – to keep programs manageable as they grow in the future.”

So, rest and free time? These are good things to be happy about for a friend and colleague.

However, I can’t deny that I also feel sad to see John go. It’s been a singular privilege to get to know him over the past seven years since starting the Beauty & The ‘Burg podcast. What I have come to know over that time, is that John Collins has presided over the organization he founded, not just with zeal and competence, but with kindness and affection for his adopted home and its people. His steady, calm, approachable demeanor is so appreciated by all – and I, for one, will miss him. 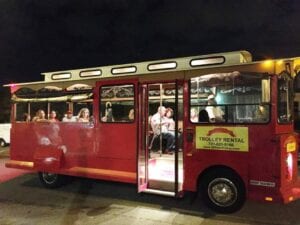 The free ArtWalk Trolley traditionally gives busy art lovers a free ride between more than 40 galleries and studios on the second Saturday of every month. During the pandemic, the trolley’s been parked and ArtWalk’s taking place online and without crowds.

“I’m not actually going anywhere,” John reminds me, chuckling at my eulogy-like praise. “I’ll be consulting through the transition for six months (until October), and then my wife and I will be enjoying our retirement together right here in St. Petersburg. I may also return to volunteering. For better or worse, you’re stuck with me.”

Return to volunteering. This would complete a circle which began more than a decade before the founding of the St. Pete Arts Alliance – when a Boston native turned Arizona advancement VP at Arizona State West came to town looking to make a difference.

“It was actually (the late) Bill Heller, who was responsible for bringing me here,” John says.
“I didn’t know anything about Tampa Bay until a USFSP arts delegation came to Arizona State West. A partnership formed and it wasn’t long before Bill invited me to visit.  “As soon as my wife and I saw St. Petersburg, we fell in love with it and knew we wanted to be here.    We moved a year later.”

That was 20 years ago. Over the next decade John, volunteered on committees, consulted with then-Mayor Foster’s office on strategic planning for the economic development of the arts, and worked with city government to increase St. Pete’s arts destination identity. 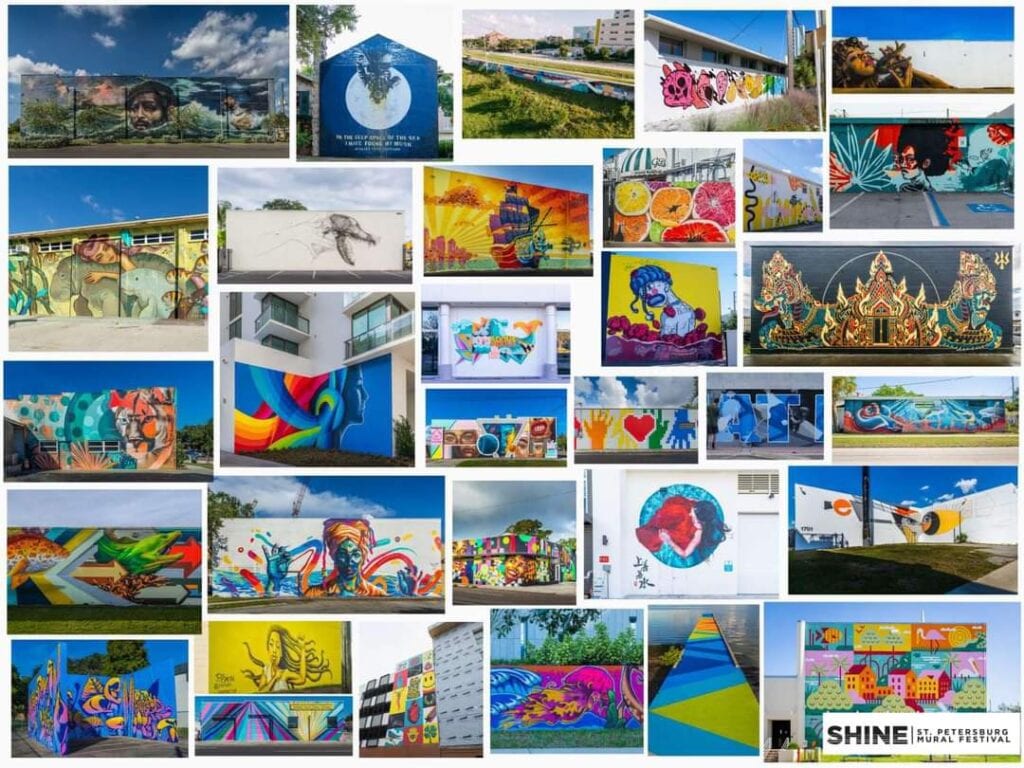 . . .
“Having been a performer (John was a mime in a former life), I had a sincere affinity for the arts. I worked closely with the Mayor’s office – with people like Ann Wykell, Wayne Atherholt, Elizabeth Brincklow and Leslie Curran. We knew that with the proper support, the arts make money. Our job was to figure out what that support looked like.”

In 2012, with input from arts, civic and community leaders, the St. Petersburg Arts Alliance was chartered as a 501(c)3 – and the real work began.

“We became the organizing voice for all of the emerging arts districts in the city. Creativity needs organization to succeed,” John explains, “We are advocates for artists and arts educators, as well as for cultural and arts organizations.

“The St. Petersburg Arts Alliance created cohesion and collaboration in the arts community from downtown to the beaches.”

That collaboration is on full display every second Saturday of the month during ArtWalk. The Alliance oversees the wildly popular city-wide gallery hop and its accompanying trolley service (not running during the pandemic). “Five arts districts, one arts destination, is our mantra,” says John. “Creating a sense of discovery is the best thing.”

So many well-known events and programs have followed and cemented the Arts Alliance’s place as an essential contributor to the growth of the arts in St. Pete and beyond. There are far too many to elaborate, but here are just a few. . .  The SHINE Mural Festival, the Muse Awards, the Arts Business Academy in partnership with the Greenhouse and 1 Million Cups, grants to St. Petersburg artists to fund community arts projects, and advocacy for the arts in Pinellas County Schools. 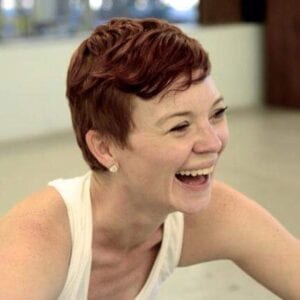 Moving forward, Catalyst Consulting is conducting an executive search for John’s replacement. In the meantime, board vice-chair Helen Hansen French will act as interim executive director.

“My time on the board makes me very familiar with operations,” says Helen, “and John is leaving us in such a good place – I just want to be a good steward of this responsibility until a permanent replacement is found. That is what is important to me.”

Helen is known to all of us in the arts community as an incredible professional dancer, co-founder of BEACON, the popular annual dance showcase at the Palladium (coming up in April as a livestream), one of the first Creative Pinellas Professional Artist grant recipients and a teacher of dance, privately and through university classes.

Asked why she was not considering the permanent role, Helen explains, “I am still so active in my dance career and I have two young children to consider. The St. Petersburg Arts Alliance is poised to realize dynamic growth. That requires the proper leadership for the permanent position. In the meantime, ‘no one sinks on my watch.’”

Asked about her feelings on John’s departure, Helen says, “John Collins understands how to keep the art elevated, as well as the artist. His integrity, graciousness and attentiveness to the needs of the arts community has been a constant and he will be missed.”

Thanks, John, for everything.

Congratulations, Mary Ellen. He’s all yours. 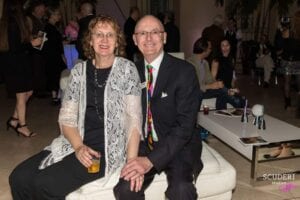 John and Mary Ellen Collins at the MUSE Awards

If you’d like to say thanks, think about
making a donation to stpeteartsalliance.org