Breaking out the Beethoven
for a 250th Anniversary Birthday Celebration Ol’ Ludwig van is having one heck of a blast this arts season as music lovers everywhere go bonkers over the 250th anniversary of his birth.

The party kicks off locally on Wednesday night when the Palladium Chamber Players launch a new season of sonatas, trios and quartets by Beethoven.

“A lot of people are celebrating him this year, but you can never get enough of Beethoven,’’ says Jeffrey Multer, artistic director of the chamber players who also serves as concertmaster with The Florida Orchestra, another group genuflecting over the iconic German composer this season. “Some Beethoven is good, but more is better.’’

Beethoven is the marquee star on four of five concerts at the historic Palladium Theater in St. Petersburg, with one program devoted entirely to his music. Although many people know the composer through his worldly orchestral works, the chamber pieces are intimate, and invite listeners to crawl inside his head.

“The quartets are his magnum opus and they’re amazing works,’’ Multer explains. “They range from all periods of his life, so you see this transformation from the earliest quartets to the last thing he wrote. They show the evolution of a great composer, and pushed the limits of what’s possible.’’ 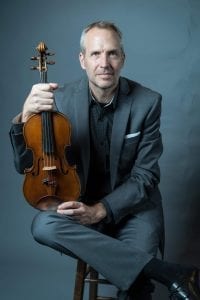 The two works on the opening program this week share an ironic twist. Both Beethoven and Bedřich Smetana suffered from what any musician fears — hearing loss.

For Beethoven, deafness was a slow descent, tormenting but cathartic. As he slipped further into silence, his works became more profound and spiritual. How a deaf person could create what are considered monuments of Western music is, well, remarkable.

Beethoven finished his Piano Trio No. 7 in B-flat Major, known as the Archduke, in 1811, more than a decade after his hearing began to deteriorate and shortly before he began using conversation books to communicate with those around him. At about 45 minutes, the Trio is one of his longest chamber works and its richly textured design for piano, violin and cello makes it sound like a small orchestra. Beethoven dedicated it — along with a dozen other pieces — to the wealthy Archduke Rudolph, who in return helped the financially-strapped composer pay the bills.

Although its four movements are relatively conservative, the work is reactive, composed in defiance of what Beethoven called “the frivolous and sensuous spirit of the times.’’ Nor was it meant to be played by amateurs in parlors, as were most scores of the day. Instead, it was written for professionals who would promote chamber music as a serious art form. Beethoven himself sat at the keyboard for the premiere in 1814 — but could barely hear the music. Embarrassed and frustrated, he never again played the piano in public. 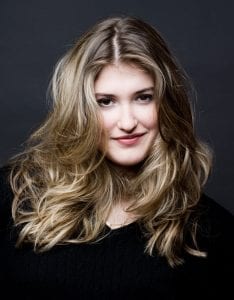 An expansive, lyrical andante cantabile follows, a hymn with five variations that anchors the entire work. It plunges without a break into the closing section, simmering with vigorous rhythms intended to revive listeners who fell under the spell of the slow movement that just passed.

If art is independent of the events in life, as some argue, they missed the backstory on Bedřich Smetana, who suffered a series of blows that would devastate most mortals. Between 1854 and 1856, he lost three of his four daughters to illness, and in 1859 his wife died from tuberculosis. By the age of 50, Smetana was stone deaf — the result of syphilis — and 10 years later he succumbed to dementia in an insane asylum in Prague. 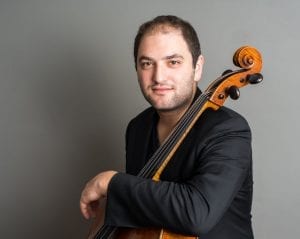 Following the loss of his four-year-old daughter, Bedriska, also known as Fritzi, Smetana composed his Piano Trio in G Minor, Op. 55, music that evokes tragedy and sorrow and stands as his first major work, before the acclaim on The Bartered Bride and Moldau. “Nothing can replace Fritzi,” Smetana wrote in his diary, “the angel whom death has stolen from us.”

One of only four chamber pieces Smetana composed over his lifetime, the Trio is profoundly personal and unusual in that it stays in the same key throughout all three movements. It opens with a yearning theme on the solo violin, soon embraced by the cello and piano. The high-charged opening makes use of falling intervals to suggest weeping, and later introduces a folk tune that Fritzi was fond of singing.

A scherzo follows, the music divided by two middle sections and hinting of Schumann, followed by an energetic finale in which the cello announces a sumptuous theme echoed by its partners. A funeral hymn begs listeners to wonder if Smetana triumphed over his pain or gave into it, but the music closes on an impassioned high note.