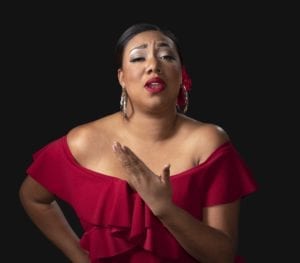 Carmen may well be the most popular of all operas. Its brazen colors and action, intoxicating music, sexual overtones and tragic characters all make for stick-to-the-ribs theater — one reason Opera Tampa is presenting George Bizet’s masterpiece for the fourth time in its 23-year history.

But the lead character forces audiences to think beyond her voluptuous songs and presence. The story of this gypsy woman and the men she pretends to love has divided public opinion since its premiere in Paris in 1875 and today poses the question of who is the real victim here.

Carmen surrenders herself long enough for men to surrender themselves to her, and in the exchange of vulnerability, somebody pays a price. Yes, people are going to die — this is opera, after all.

Some see the character as independent, irascible and morally corrupt, a prostitute to be used and discarded. Others view her as a strong spirit who threatens male dominance by testing its weaknesses.

Is she an emancipated woman, a mistress of all her decisions? Is she a destructive femme fatale? Is she a feminist?

“I’m pausing to answer that question,’’ says Catherine Daniel, the mezzo-soprano who plays the title role in three performances at the Straz Center for the Performing Arts. “It depends on how you define feminism. If you look at Carmen as always searching for control of her own destiny in a man’s world, it might be feminist. But since she’s always using her sexuality to circumvent male power, well, then I don’t know if she’s a feminist.’’

Audiences might ask themselves after seeing the opera, if Carmen is a manipulator of men, or do men manipulate her? Does her life unravel through crude forces she can’t control, or do her conquests symbolize moral decay on a grander scale?

Or, should we really be asking about Carmen’s capacity to love and be loved?

“Her ultimate goal is freedom,’’ says Daniel, who lives in Toronto. “She’s free to make her own decisions about who she loves and for how long and where she goes.’’

Amid so many operas that portray women as deferential, Carmen overturns traditional chauvinism, says Judy Lisi, president and CEO of the Straz Center and founder of Opera Tampa.

“Carmen is a character that appeals to that rebellious spirit,’’ she explains. “She uses the only power she has, which is her sexuality, to be independent. And she chooses to be free even though she must die for it — which is a dilemma that resonates with women. So, I would say she is the victor.’’

This “dilemma,’’ of course, is part of the opera’s appeal and a reason it remains at the core of the repertoire. It blends the raw with the delicate, sentiment with brutality — and redefines how love can be portrayed in the opera house.

It didn’t hurt that Bizet fueled the realism of the action and sharpness of the characters with high-octane music, such as the famed Habanera, Toreador Song and Seguidilla. Few operas offer a comparable package of good tunes, psychological story, brilliant orchestration and emotional impact.

“The music and the movement automatically makes Carmen enjoyable, one reason it’s always sold out,’’ Daniel adds. “But why not look deeper? Why do people love this opera and why does it have such universal appeal?’’

The Story of Bizet’s Opera Carmen