Skip to content
Student Refugees Expressing Themselves Through The Art Of PhotographySheila Cowley2019-10-13T10:58:08-04:00

Student Refugees Expressing Themselves
Through The Art Of Photography 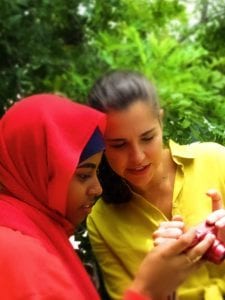 Photography is a universal language. Anyone can learn how to speak it — you just need a camera and an open mind.

“My favorite part about photography is that a memory can basically be framed forever through a camera and one picture can mean a million words,” says Haneen Hasan.

Hasan is 15-years-old and is originally from Palestine. She speaks English and Arabic and currently resides in Tampa Bay where she attends American Youth Academy.  Hasan is one of 12 refugee students who will have pictures featured in Picture My Life: A Refugee Story, a photography exhibit opening at the Morean Arts Center.

This globally-themed reception on October 17, hosted by the Tampa Chapter of the United Nations Association (UNA) will unveil a collection of photographs taken by 12 refugee students living in the Tampa Bay area.

The exhibit will coexist as a silent auction.  “All of the proceeds from the photo sales of the auction, go right back to the students. It is all evenly dived among them and they own the photos. It helps them financially, but also starts to give them experience out in the financial word,” explains Clint Elbow.

In preparation for the event, students were given high-quality cameras and taught the basics of photographic arts in a classroom in Tampa this past June and July. The class met every Tuesday from 10 a.m. to 2 p.m. for nine weeks.

Clint Elbow, President of the Tampa Chapter of the UNA, said this will be the second class to go through the program and present photos at the Morean.

In 2017, Elbow, UNA board members and a local Saint Petersburg photographer, Avery Davis, discussed how they could raise awareness for the refugees in the Tampa Bay area. They decided that putting cameras in the hands of students refugees and allowing them to take photos that show how they see the world, could raise this awareness. 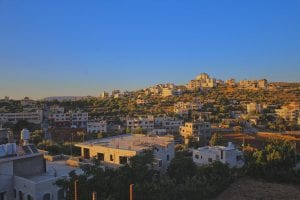 photo of a Village in Palestine by Haneen Hasan

According to Haneen Hasan, the class took two field trips during the program — one to Mirror Lake in St. Petersburg and one to the Tampa Aquarium.

“I didn’t go to the first one, because I was gone for a month.  I went to visit my dad overseas. So, while I was overseas, I still took the classes by Face-Timing the class on my laptop. I didn’t want to miss out on the opportunity,” Hasan explains.

Hasan says that two of her pictures in the upcoming exhibit were captured during her trip to Palestine.

“They gave us an hour to go outside and take pictures using the skills we learned that day, so I took [a picture] of one of the villages I’m from. I was standing on top of my dad’s house and took a picture of the view,” Hasan says.  The second picture she took is of a holy site.

“It was really hard to get in there because of what happens overseas, but it was a big blessing to be there, so I took a picture of the site and it turned out very pretty,” Hasan says.

Another student artist who will have photos showcased at the event is 16-year-old Fathima Mohamed. Mohamed and her family came to the United States five years ago, after seeking refuge from their native country, Sri Lanka. Mohamed said that the initial move to St. Petersburg was a challenge due to the language barrier, which made it difficult to make new friends. “My native language is Tamil,” she explains. 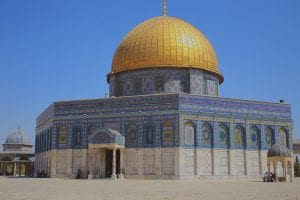 She said that learning photography gave her an outlet to express her valuable opinions and perspectives of the world in an artistic way and helped her make connections with people who also enjoy photography.

Mohammed will have three photographs on display at the exhibit. Her advice to those who are interested in learning photography is to “just practice taking pictures of your brother, sister, or nature when you are free – that’s what I did.”

17-year-old Mijjar Rashel also took part in the program this summer. Rashel was born in Congo but raised in Uganda. She says that her parents ran away from Congo due to war.

“The Maji-Maji rebellion wanted to kill my dad and his family since he refused to join them,” explains Rashel.

Rashel speaks Swahili and Luganda and has been living in Tampa Bay for two years now but is still getting used to new things like the environment and climate.

“At first things were so different, like in school I feared talking to people because once there were some kids that made fun of my accent and it was a really big turn-off and from then on, I was so anti-social,” she says. “But now I just flow with the vibes because I can’t live like that for the rest of my life.”

Rashel says her favorite part of the program was meeting new people from different sides of the world and finally learning how to use a digital camera, without any charges. The breakfast, lunch and snacks were an added bonus she says.

“It’s just great and I would be the happiest creature on this planet if they ever have another level of this photography program,” says Rashel.

For more information on this initiative,
you can visit unatampabay.org/picture-my-life-a-refugee-story