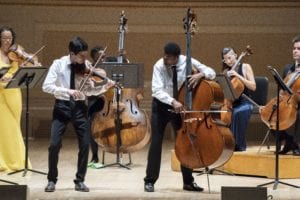 Classical music and social justice aren’t usually associated with one another, unless you get to know the Sphinx Virtuosi.

Like its mythical name implies, the group rises above the ordinary with a message of empowerment, diversity and inclusion. The musicians don’t just perform concerts – they engage communities wherever they visit, seeking out people who seldom if ever attend concerts — playing in classrooms, city parks and even on doorsteps.

Made up mostly of African American and Latinx artists, the Detroit-based Sphinx reach into the heart of towns and cities across the country and put a different face on music that traditionally has been made up of white performers and audiences.

“Community outreach is important because it really gives the ensemble an opportunity to develop a relationship with audiences of all backgrounds,’’ says Andre Dowell, chief of artist engagement for Sphinx.

“By making a personal connection, we’re able to have a more transformative impact. For some audiences, this may also be the first time they’re able to experience classical music. Having their first point of entry to classical music be someone who looks like them is important and necessary.’’ 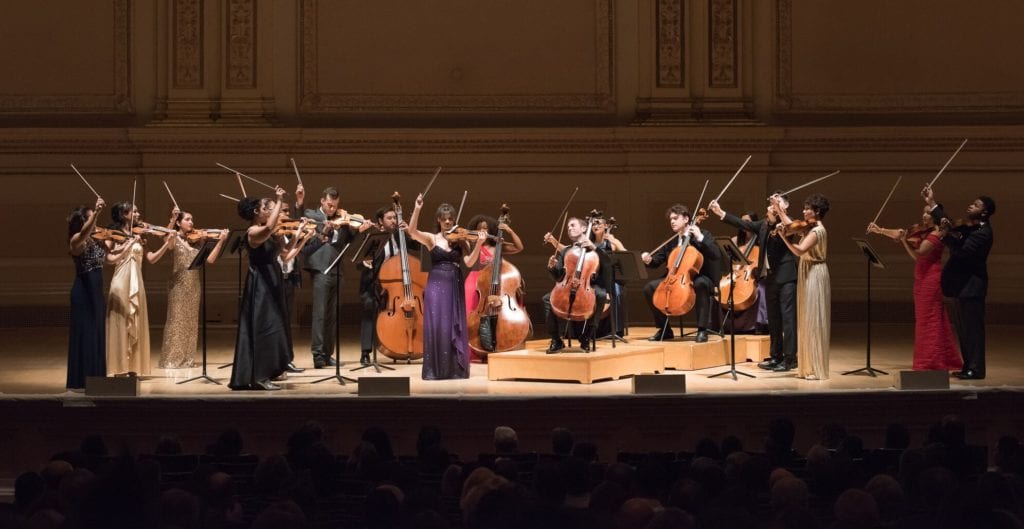 The organization’s mission was inspired by the life experiences of Aaron Dworkin, who, as a young Black violinist, was aware of the lack of diversity both onstage and in the audience in concert halls. He founded Sphinx while an undergraduate student at the University of Michigan, to address the stark under-representation of people of color in classical music.

Today, Sphinx programs reach more than 100,000 students, as well as live and broadcast audiences of over two million annually.

As part of the Sphinx Virtuosi National Tour, the self-conducted, 18-member ensemble appears Friday, February 21 at the Museum of Fine Arts in downtown St. Petersburg. The musicians will also break into smaller groups and perform around the Bay area, with the hope of developing new audiences not just for music but for all the arts.

“This is a wonderful opportunity for the Museum to support Sphinx’s mission, as well as providing us a chance to deepen our community’s awareness of the work we’re doing here,’’ says Margaret Murray, the Museum’s associate curator of public programs. 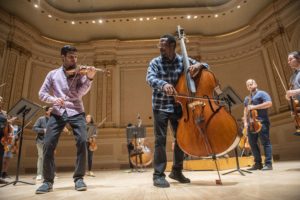 The Justice and Peace program features works by composers of color and themes based on their experiences with civil rights and inequality.

On the program is Jessie Montgomery’s Source Code, which pays homage to African American artists prominent during the peak of the Civil Rights era in the United States.

Reflecting on the challenges facing Venezuela, the group will perform Fuga con Pajarillo by Romero Aldemaro, as well as the Fuga y Misterio by Astor Piazzola.

New music that draws attention to the environment is Global Warming by Michael Abels, and Xavier Foley addresses current conflicts in our society in the evening’s namesake work, For Justice and Peace.

The group rounds out the program with two traditional pieces, the Divertimento for String Orchestra by Béla Bartok and the presto from the Death and the Maiden string quartet by Franz Schubert.

Played as whole, the music is intended to make listeners think – and maybe even inspire them to take a more active role in shaping their communities.

“In the end, as a listener, you must decide the role both artists and citizens can play in propelling peace and positivity,’’ Dowell says.

Applications for the 24th Sphinx Competition will open in March 2020,
a national competition for young Black and Latinx classical string players.