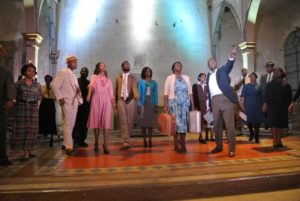 I’m Ray Arsenault. I’ve been teaching at the University of South Florida, St. Petersburg for a very long time, since 1980, and I am very fortunate to hold the John Hope Franklin Professorship of Southern History.

In 2006 after eight years of research and writing. I published a book called Freedom Riders: 1961 and the Struggle for Racial Justice, and it really changed my career, changed my life, made quite an impact, and led to a rediscovery of the Freedom Riders, who had been forgotten.

A documentary film was done by Stanley Nelson, the great Black documentary filmmaker for PBS for their American Experience series. I worked with Stanley for three years. We were very fortunate — it premiered at Sundance, and we were nominated for three Emmys in 2011 for Best Writing, Best Documentary Film and Best Editing, and we won all three.

And got a George Peabody award, which is quite amazing. And we were all invited on Oprah. We were on one of her last four shows — she featured the Freedom Riders, invited every living Freedom Rider and their families to come to Chicago. And we had 180 of them there. And it was quite remarkable. 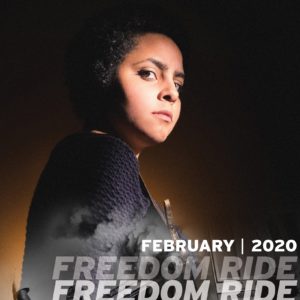 But even more unexpected, the Chicago Opera Theater has just held the world premiere of the opera, Freedom Ride, based in large part on my book.

The premiere was February 8th at the Studebaker Theater in Chicago. They did three performances — all were sold out and the Chicago Tribune gave it a rave review. 15 Freedom Riders were there in the audience and at the reception, singing freedom songs for the crowd and the Mayor of Chicago. It was really thrilling.

Dan Shore was a music professor at Xavier University in new Orleans. He’s now at the Boston Conservatory of Music. In 2011, he read my book and he decided he was totally intrigued by the Freedom Riders, and so he started traveling around the South on some of the same highways where the Freedom Riders were traveling back in 1961, and started working on an opera.

It’s fictionalized. So he’s taken real life Freedom Rider characters and made a composite. The star is young black woman named Sylvie Davenport, who is in New Orleans and she’s trying to decide whether to become a Freedom Rider. And her mother and her boyfriend — and most of the people she knows — they think she’s going to get herself killed and they don’t want her to do it.

So you go through her ups and downs trying to decide, and it really captures one of the most important themes of the Freedom Riders. The heroes are really the footsoldiers, the individual Freedom Riders.

They didn’t really have leaders in the sense that a lot of organizations do. Almost everybody is their own leader, in a sense. They have to make these moral judgments and take risks and decide what’s really meaningful in life. They’re going to risk their life for an idea like social justice or civil rights or equality under the law. 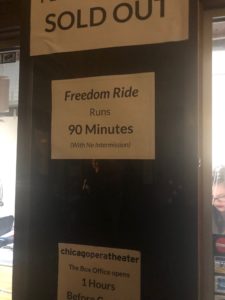 So I had been at a conference in Versailles and I had agreed to do a paper on February 6th. So I had to fly back from Paris directly on the eighth and I got to Chicago two hours before the reception, four hours before the premiere. I wasn’t sure I was going to make it.

I’ve gotten to appreciate opera over the last 15 years. My wife and I often go to the St. Pete Opera, sometimes to Sarasota, sometimes to Tampa. And I went up to Boston first, for a final workshop that the Massachusetts Opera had a hosted for the Chicago Opera Theater.

And it was obvious hard off the bat — the music was so beautiful. It’s like Dvorak’s New World Symphony, it draws upon folk tunes. And in some of it you can hear slave spirituals or traditional folk songs or soul. It’s really a beautiful opera. I mean, it’s thrilling — and they’re hoping other opera companies will pick it up.

It’s a real tribute to the Freedom Riders. [Their story] lends itself very well to the dramatics of opera. It’s a situation where human beings are challenged to reach down and dredge up the courage and wisdom to do the right thing when the rest of the world doesn’t appear to be doing that or sanctioning it — you’ve got to go against the grain.

You’re an 18 or 19 year old kid and your elders, your teachers and your parents — even older civil rights leaders are telling you you’re crazy — you get on those buses to directly challenge the Ku Klux Klan and all you’re going to do is get yourself killed or hurt and you’re not going to prove anything, really, that you want to prove — that the South is ready for racial equality. And on a human level does it get much more dramatic than that? 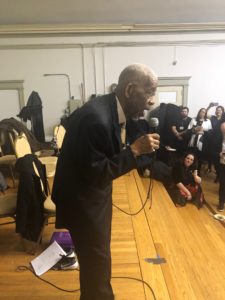 Think about the Freedom Riders. The night before they got on the buses, they wrote out their last will and testament because they weren’t sure they’d be coming back.

The youngest was 14, the oldest was 61. Most were around 19 or 20, mostly it was college students, black and white, North and South, male and female. And they decided they wouldn’t push off the responsibility to anyone else, to the next generation.

They were willing to shoulder it. They knew they were up against pretty tough odds. Cause they were saying, ‘We don’t want freedom eventually or freedom later. We want freedom now. We’ve been waiting for centuries to be treated decently.’

And that adds a tremendous level of drama to it, because there were real consequences that they faced. A number of the real Freedom Riders were expelled from college and never finished. Some of them suffered physical or psychological wounds that never healed. It diverted their lives in some ways. They sacrificed themselves and they knew that was a real possibility, for what they called the ‘beloved community.’

They rode those buses and dared the clan to stop them from exercising their constitutional rights. Sitting in the front of the bus, or blacks and whites sitting together at a lunch counter, or using the restroom.

It was never really about the buses. It was about a deeper principle. And the white supremacists knew that. I mean, they knew this is not really about where to sit on a bus. [The Freedom Riders] saw this as just the first salvo — the first battle in an ongoing war to bring freedom and justice to the United States. 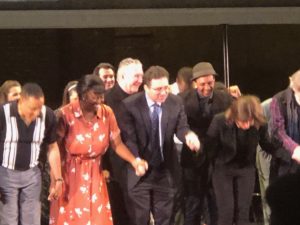 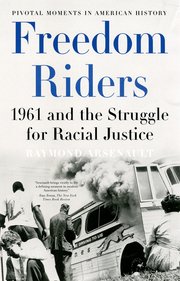 Find out more about the Freedom Riders’ work.

You can read a sample of Ray Arsenault’s book,
Freedom Riders: 1961 and the Struggle for Racial Justice.

Watch Oprah and the Freedom Riders.

More on the opera Freedom Ride at the Chicago Opera Theater.