“It’s not what you take when you leave this world behind, it’s what you leave behind when you go.” 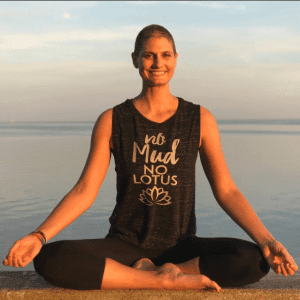 Hola chicos and chicas! With the help of so many lovely people I rang in 37 this week! June 19th has always been one of my favorite days of the year, and this celebration did not disappoint. I love hearing from so many people I hold dear all in the same day, while guiltlessly treating myself to a few of my favorite things. This year included a massage with my scrumptious friend, Zoe, breakfast out at Stella’s in Gulfport, work in my studio, and dinner out at Pia’s for house made GF pasta, followed by homemade GF carrot cake! When I was a kid it was the greatest time of year in Vermont. School was already out, nearly out or my birthday fell on the last day of school, where everyone was excited the school year was over AND I got to throw a party afterward to celebrate. The weather by June 19th in Vermont is often ALMOST summer-like, meaning camping out and water fights were possibilities. The peonies, my floral favorite, were popping by that time in my mom’s gardens. In addition, my little brother’s birthday is two days before mine, so my parents, the efficient folks that they are, would throw us a joint party with both sets of friends. That meant coed parties for us, and we certainly weren’t complaining. Coed made for great super soaker fights, my father typically reigning victorious against the two ranks.

Thirty six was an incredible year for me. I don’t mean that in a braggy way. It had its share of challenges, like all years, but the more I apply self-focus, the more the cobwebs clear and life opens itself to me. Upon every year’s end there is reflection. Thirty six was ripe with life lessons, growth and heartache. We said goodbye to an incredibly dear friend in August last year. Erin had only been 36 for a couple of weeks when a year-long experience with breast cancer sent her to heaven. It was unexpected and devastating to her vast community of friends and family. Erin was tall and gorgeous, with flawless olive skin and shiny dark hair. She made easy friends in every phase of her life, and kept them. Each one of us felt uplifted in her presence. In her 35th year, Erin began writing about her experiences going through chemotherapy, radiation and a double mastectomy. Her blog still lives on Caring-Bridge.com and her cancer Instagram account can be viewed @ekgotcancer, and her film account @ekgotmilk. She was a wonderful writer, with a very clever, blunt and positive tone throughout. In March last year, before Erin’s mastectomy and after she bought her first house, she threw a Housewarming & “Boobeye” party. Her sense of humor helped those around her digest the difficulty of what she was going through. Erin worked at Eckerd College and was a talented filmmaker. On the Friday night before her celebration of life in October last year, Erin’s crew from Eckerd organized an evening dedicated to her work in film. Tears fell down my cheeks consistently that night as her striking, poignant perspective became clearer to me through her art. As her friend, I knew she was a gifted filmmaker, but hadn’t seen the scope of her work until that night.

On my recent birthday, Erin’s exquisite mother, Linda, and I exchanged texts to coordinate a meet up soon. Linda mentioned she’d recently read all my blog posts to date (thank you, Linda!). She also told me that Erin wrote that I was one of the three people in her life who encouraged her to follow her art. Linda said she appreciated that so much. I’m so grateful I was one of those three, but one of three?! There should have been thousands.

There’s a beautiful quote attributed to several wise minds, but I’ll borrow Maya Angelou’s words for ease of reference. It goes like this,

When Erin left, I was stuck on this idea of legacy. What is it? What do we leave behind? What’s it all for, especially when a life is prematurely interrupted by death? During the days and months following Erin’s transition, tons and tons of people came forward with their memories and love for her. Through every phase of her life, Erin made friends and kept in touch with them as time passed by. She was an influencer. She encouraged those around her. She had a beautiful, all-knowing smile. This post just scratches the surface of her brilliance. She just made you feel good! When we first met, she told me I inspired her and encouraged me to keep up with my own art. It meant the world to me.

In reflection of all of this, if I could live it all over again, being Erin’s friend in the flesh, I’d put my own shit aside and and just show up for her more. I would listen. I’d be there. I’d make sure I was at every single party she threw (she threw a damn fine party). I’d surprise her with food or flowers or whatever.

Early in the year of her diagnosis, she asked me to capture some images one evening of her striking yoga postures by Tampa bay, as she asked several friends during that time to capture different ideas she wanted to create. I was touched and honored that she asked me. Even so, it was difficult for me to set the time aside in my chaotic-feeling life, having recently moved back to Florida and still settling in. But I’m so grateful I spent the time with her that night. I will remember that evening for the rest of my life. She used two of our images for the title page of her Caring-Bridge website. The shirt she wore scrawled her mantra during that time, “No mud, no lotus.” I have it now and wear it frequently.

I just read her last post and realized something. I never read it. It got increasingly difficult for me to show up for her. It was too painful to witness her in pain. It was incredibly frustrating. She was doing everything humanly possible to get healthy and stay optimistic, as her posts express, yet her condition didn’t seem to be improving.

One wasn’t necessarily able to tell just how much pain she was going through. She was a magician in that way, rarely letting her guard down to even show those closest to her how she suffered. The only way I really knew what she was going through was by reading her blog, and even that dulled the pain. While I may no longer have the opportunity to show up for Erin, I have it here, and in every single person I see each day. We all do! And on the flip side, I live a life blessed by so many who have and continue to encourage me.

Erin taught me legacy. Each one of us is filled with talents and perspective that are meant to be expressed. We hold back on encouraging that in others, because so often we are holding back on it for ourselves. Creating, in whatever form thrills us, makes us happier individuals. What we create isn’t necessarily the legacy, it’s the set of attitudes and beliefs behind the boldness and resilience required to stick to it. When we live with that courage, it’s easy to affect and influence others to seek out their own creativity. I have the opportunity to encourage YOU, friend, to follow your urges. Don’t ignore them. Life is too brief and those urges help us to feel whole, something we all deserve. Erin taught me how important, and easy, it is to show up for each other when we show up for ourselves most of all. I’m doing my best. Every interaction is an opportunity to help someone align with themselves.

Erin’s presence continues to lead me and the rest of us touched by her to be kinder, better human beings. If that’s not “legacy,” than I don’t know what is. 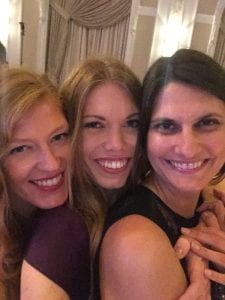