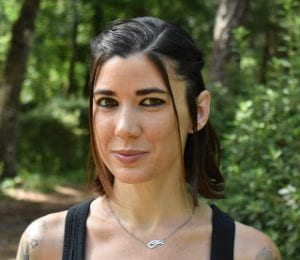 Ever since she saw the HBO series Carnivale while in graduate school, Post “knew (she) wanted to write about a traveling carnival.”

She adds, “Stuff like that was never on my radar as a kid, and that show just kind of blew me away.”

She’s always had an interest in mythology and fairytales, particularly their structure and “the trickster narrative” and these influences found their way into Miraculum.

Other books came before her carnival fantasy, though. First, she released A Tree Born Crooked, followed by the first two titles in her Judah Cannon series, Lightwood and Walk in the Fire.

The latter two books established Post in the Florida crime fiction genre, though that was never her intention.

“I’m an accidental crime writer. I never meant to be one,” she explains. “I love my Florida crime series, but that’s just a different side of me.” 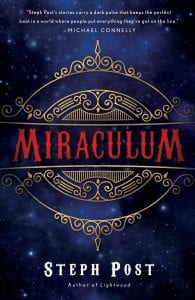 Miraculum taps more into her true interests — history and culture.

“It’s more of the direction I want to go in,” she says. “It’s the sort of book I’ve always had in my heart.”

Initially, Post struggled to find a publisher for this novel, even though she wrote it before the first two books in her crime trilogy, which easily found a home at Polis Books.

“It doesn’t fit inside any genre and is really stepping outside the box for me,” she says. “I called it a cursed book for a while. I just couldn’t sell it. Everybody who read it, loved it, but I couldn’t sell it.”

Eventually, Polis decided to give Miraculum a shot.

“I’m lucky the publisher of my crime series was willing to take a chance on something they don’t normally do,” Post says.

She thinks they’re “pretty happy” with their decision, she adds. The book quickly sold out its first run — it’s been through several printings this year alone — and was named to Entertainment Weekly’s “Must List.”

The success of Miraculum has surprised many — except Post. 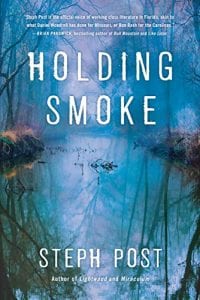 Now, Post is gearing up for the January 28 release of Holding Smoke, the third and final installment of her crime series.

“I’ve kind of closed the chapter on that whole chapter and saga and genre, at least for a while,” she says.

She’s also been working on a novel set in the 1890s that is more in the “stylistic” vein of Miraculum, with less fantasy elements, she says. 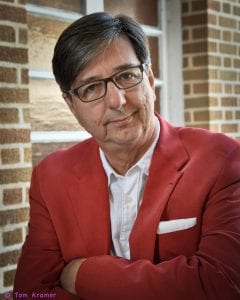 Since releasing his debut short story collection Cigar City: Tales from a 1980s Creative Ghetto in April, Paul Wilborn has spoken about his book at venues throughout the Tampa Bay region – at libraries, colleges and universities, galleries and museums.

With all the attention and accolades, the most exciting invitation has been from the Tampa Bay Times to appear at its annual Festival of Reading – the holy grail of book events, in his eyes.

“It’s a dream come true,” he admits. “I think I really wrote the book just so I could be invited to the Festival of Reading.”

A Tampa native and former journalist, Wilborn was a central figure in Ybor City’s burgeoning arts scene in the 1980s. Working with award-winning photojournalist and artist Bud Lee, he helped organize the annual Artists and Writers Ball, a bacchanalian celebration in the Historic District. The parties were an artistic riff on the galas thrown by Gasparilla Pirate Krewes.

“But we did it in a crazy, artsy way,” Wilborn says. “We had debutantes and coronations. It was totally wacky. Anything we could think of that was funny and artsy, we did.” 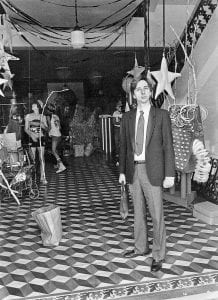 Ybor City, well past its heyday, was a much different place in the 1980s, he says. Many historic buildings and social clubs were empty and underutilized. So, the group had its pick of iconic venues, often hosting the ball at the Cuban Club.

“You’d have this great empty club and seven or eight floors with themes,” Wilborn says.

Those attending might find punks pogo-ing in the basement and impromptu kick lines in the ballroom.

“Those were magical things. We don’t know how they existed, but they did.”

Lee, founder of the Artists and Writers Group, deserves all the credit for producing the legendary events and for energizing artists, writers, musicians and other creative individuals that gravitated towards Ybor City at the time, Wilborn explains. “I was there. . .  and I was active in the group, but Bud Lee was the guru. He was the Pied Piper and we were all dancing behind him.”

For years, friends encouraged Wilborn to write about his experiences in Ybor City.

“It was a magical time and place,” he says, but he balked at the idea of writing about it, especially in a memoir.

After Lee died in 2015, Wilborn began seriously considering writing about that time period. Still, he didn’t think a nonfiction project was the right approach for the material. He decided to write a collection of linked short stories that used Ybor City in the 1980s as their backdrop. Writing through a fictional lens, he had “just enough distance” to write about his experiences. 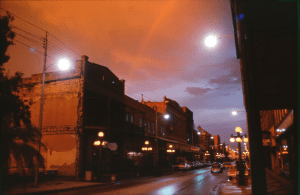 “I didn’t want people to say, ‘Oh, this character is me,’” he explains.

Wilborn is currently working on his next book, a novel set in South Florida in the 1980s. As a journalist, he spent a few years covering sports for the Palm Beach Post and traveled the state when working for the Tampa Tribune and the then-St. Petersburg Times.