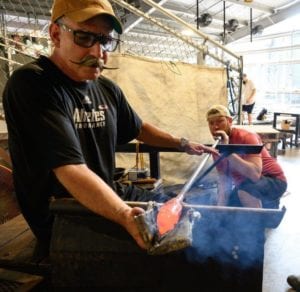 Art of Valor artists at work in the Morean Hot Shop

Chris Stowe dedicated 24 years of service in the U.S. Marine Corps as Master Gunnery Sergeant, and he is a father, husband and glassblowing artist.

Stowe has worked hard to establish what he calls the “comma and” in his identity statements. While he says his combat injuries are largely invisible to the eye, a transformative experience with the Creative Forces program at the National Intrepid Center of Excellence at Walter Reed opened him up to the power of art therapy to treat neurological and psychological trauma.

As a result, Stowe founded Operation: Art of Valor (AoV) in 2018. The program is a partnership with the James A. Haley Veteran’s Hospital and the Morean Arts Center, offering no-cost art classes run by veterans for veterans. Given COVID-19’s safer-at-home orders, the program is temporarily on hold, but its lessons and impacts remain evergreen.

“The single biggest thing that has surprised me, and for me to understand on my journey as a veteran, is that the military community doesn’t own the patent on trauma,” says Stowe, reflecting on the collaborative, healing experiences he’s witnessed in the glassblowing studio. 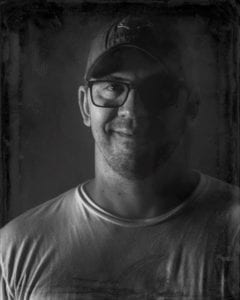 “People who haven’t served might have no idea what I’ve gone through or what it’s like to be in combat, but the pressure and anxiety you feel from that moral wound is very cognitively and physiologically similar to a civilian that has gone through another kind of trauma.”

The global pandemic that began disrupting daily life in the U.S. nearly one month ago is just one example of this kind of collectively distressing experience. For Stowe, AoV’s strength has been working with the Morean Arts Center to carve out a space for the local veteran community to find peace and cultivate their next chapters, or “second service.”

“We know the power of the arts’ ability to transform individuals and communities, so to be able to do it for individuals to whom we all owe a tremendous debt of gratitude for their service is really very special,” says Robin McGowan, Director of Marketing and Communications at the Morean Arts Center.

For Stowe, that meant returning to a lifelong fascination with glass. In his “second service” journey, he completed a 13-week glassblowing intensive at Zen Glass Studio in St. Pete and helped to build military nonprofit programs nationwide as an arts therapy advocate.

Stowe always joked with family that he would retire to Disney Springs and make glass Donald Ducks, and it turns out his vision wasn’t too far afield. His current repertoire includes sculpted and cast glass bathtub rubber ducks among turtles, cardinals and blue jays.

He is drawn to the duality of glass — how its fragility, strength, opacity and transparency all serve as striking metaphors. When Stowe first greets a new group of veterans, noting their apprehension and crossed arms, he takes his steel pipe and a couple gathers of 2,100-degree glass and blows it into a new shape. He talks about the tendency for new glassblowers to want to bend the medium to their will, putting too much stress into the glass until it is eventually crushed. 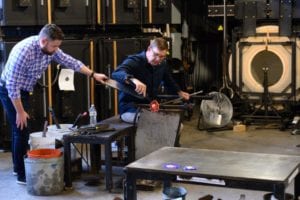 “Then I show what happens when you start to develop a relationship with the glass and you let it fall into your hand rather than bringing your hand up into it,” says Stowe. “You end up with this nice little vase because you had a reciprocal relationship. You went back and forth with the glass, like what you do with your spouse, or your kids, or whomever, and then they all get it. It is a journey.”

Shawn Mello spent 21 years in the Army special forces and special mission units, and has spent three hours every Sunday since July 2019 in the glassblowing studio as a part of AoV. Mello lost his leg in a training accident in 2003 and retired in 2005, but says he wasn’t diagnosed with traumatic brain injury (TBI) or Post Traumatic Stress Disorder (PTSD) until nearly 13 years later.

He was skeptical when first introduced to AoV, never considering himself an artist. Months later, he is now able to serve as a mentor and instructor in the program. Inspiration often strikes Mello when he is out in nature or on the water in his kayak. Color palettes spring forth from blue waters and green foliage — he takes these visuals back into the studio, blowing a glass ball the size of a grapefruit. 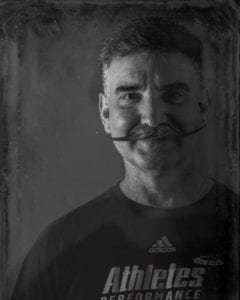 Mello sometimes works in warm reds, yellows and oranges or cooler blues, mints and teals. He forms contrasting patterns and wraps, playing with the glass’ clear and cloudy textures to make witching balls and blooming flowers. He gives each to his wife and daughters for their garden.

Mello was immediately drawn into what Stowe says are two important aspects of AoV — the craft’s detailed procedures and the camaraderie. Both translate for veterans who are used to working in teams and following specific protocols. Mello says there is also an inherent trust and support shared between one another in the hotshop.

He says his mentors in the studio — Stowe, Zach Hughes, Matt Diffenbaugh and Brian Fernandez — have all been instrumental in guiding him through the process and learning to recover and rebound with glass projects gone awry. Mello says the conversations that take place around the open flames have given him a path to open and honest healing.

“Most of us have been through the same thing and for the most part we are very guarded people,” explains Mello. “We don’t like to talk about our issues or problems in a group setting. But my experience is that more therapy is done amongst ourselves when we are with each other.” 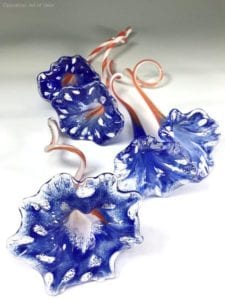 In just two years, over 50 veterans have participated in Operation: Art of Valor. Stowe says he is looking forward to expanding the program beyond glassblowing and is currently working with the Morean to launch photography and clay classes in the coming months. These courses will follow the glass program’s three phases, which allow veterans to work from beginner to advanced levels.

Mello says his journey through this process has taught him patience and given him the freedom to problem-solve and improvise. In fact, his best works are the ones that end up shattering. He takes bits of broken glass, heats them up and pieces together patchwork designs.

“There is a 50-50 chance something will break, or it won’t come out,” says Mello. “Instead of looking at it in a negative way, I look at it in a positive way and it has helped me on my outlook on life and my interaction with people in general.”

Even with the hot volatility of glass, Mello finds peace. His advice for veterans new to the art of glassblowing seem to ring just as true for a world in the throes of social distancing and uncertainty.

“So, the day is not going the way you thought it would be,” says Mello. “But there are still good things that are happening. Focus on those. See how you can positively impact somebody else instead of just isolating.”

Find out more about this program at
moreanartscenter.org/operation-art-of-valor