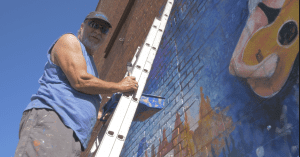 My wonderful friends Terry and Dori Klaaren were together for over 45 years when complications from a relatively simple surgery took Dori’s life unexpectedly on New Years day this year. 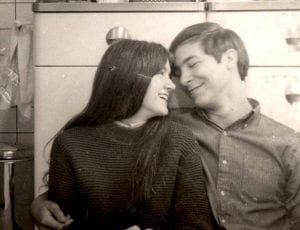 They fell in love at first sight almost a half century ago and traveled the world together painting, drawing and experiencing life at ground level. 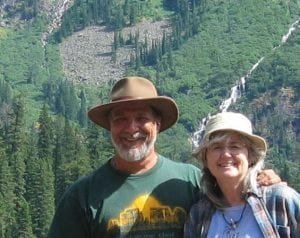 My contribution to one of their treks was a box of old letters I inherited from an antique embroidery case left behind in a storage room of a printshop my father purchased in the 70’s. The room held fascinating paintings and drawings by a woman commercial artist who was married to the previous owner. The woman’s art work was amazing, covering everything from coloring book illustrations to odd story-telling paintings showing the darker side of Ybor City in it’s heyday. I had no idea what to do with the letters. They were brittle and yellow and accompanied newspapers from the 1800’s. I showed them to Terry and Dori and they became the new owners. 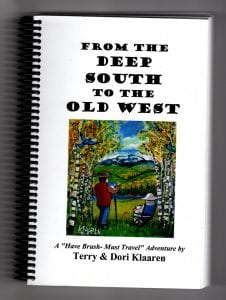 Terry and Dori’s book of travels

Documentation of a Full Circle

Dori researched the letters and transcribed them. Turns out they were letters from a Confederate officer, Belton Mickle, to his wife Lucy, in Holly Springs, Mississippi. Terry and Dori decided to incorporate visits to places named in the letters on their next journey together. Terry would paint the views plein air as Dori recorded the trip in their journal. The book created from their drawings, photographs and thoughts is rich in history.

The letters found their new and final home with Dr. Jennifer Ford at the University of Mississippi Library Special Collections. Jennifer was ecstatic and fully aware of the Mickles. She filled in all of the missing details. Terry and Dori continued their trip with the next stop: Graceland.

Terry and I met while working on a creative team for an audio visual training and safety company in the early 80’s. There were no graphics computers, so Terry created intricate schematics from border tape on shiny black backgrounds. It was a nightmare. We spent weeks in the dark, making slides of the powerplant schematics on a copystand. As I wiped the dust from the black paper, the tape would lift and had to be repaired on the spot before I clicked the shutter. Eight hours a day in total darkness soon turned boredom into Terry recanting chapters from the book Aztec as we worked. An odd and memorable experience that would stay with me through my travels to the Yucatan years later.

Although Terry lost the most important figure in his life, he is celebrating Dori and other women artists and musicians by painting a mural on the side of The Dance Project building in Channelside.

I meanwhile celebrate a beautiful long friendship with two amazing artists who still send the muses my way!