No Friend but the Mountains Befriends Award Committees

Behrooz Bouchani’s No Friend but the Mountains has a lot more friends than when he wrote it under insane circumstances from Manus Regional Prison Centre in Papua, New Guinea between 2014-2018. The memoir detailing xenophobia, prison abuse, and Australia’s “border-industrial complex” (watch Stateless on Netflix) received the 2018 Victorian Prize for Literature (the Australian equivalent of the National Book Award), the 2018 Victorian’s Premier Prize for Nonfiction, and, in 2019, the Australian National Biography Award. 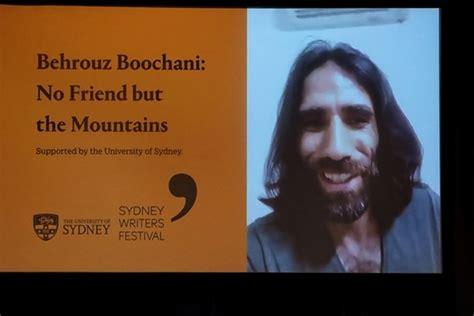 So it’s, evidently, a great book, but what I’m interested in is the method of composition.

Behrooz wrote No Friend but the Mountains on his smartphone, sending lengthy .pdf’s to his translator and editors in secret; twice his phones were stolen, but nobody realized what was on them. Then he used WhatsApp, again, under concealment, to discuss edits, publications, and receive awards. This is very cool, and something I want to integrate into my novel The Florida Shuffle; or, My Summer in Rat Park II.

As I discussed a month ago, the novel’s action is written in prison by the narrator, the Fake-Me. On a macro level, I was using Lolita to help me structure and plan this decision, but I also desired to invent something funny or weird or moving to make the prison environment part of the plot, so that you actually feel like the novel were being written in prison. The example of No Friend but the Mountains provides me with that, in the form of a smartphone writing process that gives me an arbitrary chapter ceiling of 1,000 words, which is the amount of text “I” (the fictional James McAdams) can text on his smartphone in the one hour a day he has access to it in the prison library.

Speaking of prison libraries, they’re fascinating! As detailed in Running the Books, Avi Steinberg chattily describes his months working as a librarian in a Boston prison. Upon reading it, I learned many interesting facts I’ll insert into my novel, among them:

So, now you’ll be happy to hear that I have a function for James McAdams in his made-up prison: a) to run the library; and b) to use confiscated smartphones to send daily chapters of 1,000 words to….someone. Who will that be? I haven’t gotten that far yet.