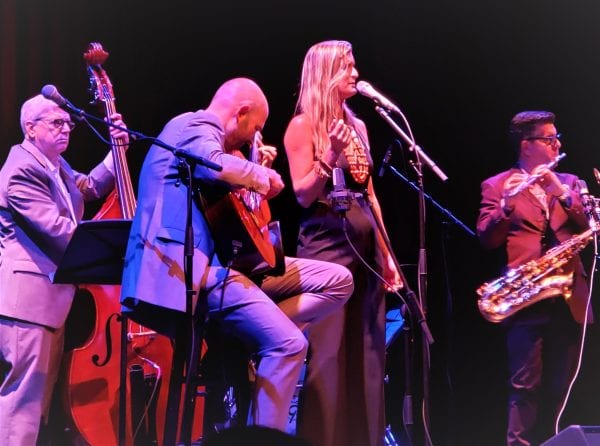 Nate Najar and Daniela Soledade Blow Us a Sweet, Soft Kiss From Rio

The Pinellas-based jazz artists performed a spellbinding set of bossa nova tunes with prominent jazz players at the Palladium earlier this month. They return late August to perform at The Studio@620.

It’s the type of moment that recurs over and over in the tunes of Tom Jobim and Joao Gilberto, whose stories of infatuation revel in melancholia, an emotional indulgence that Brazilians call saudade. The lyrics may be downright sad sometimes, or triste, as the Portuguese would say with linguistic sashay, but they’re also cathartic and clever. They touch our sensitive spots, in a way, like the feeling of emotional validation that misfits have discovered in the doleful lyrics of The Smiths. 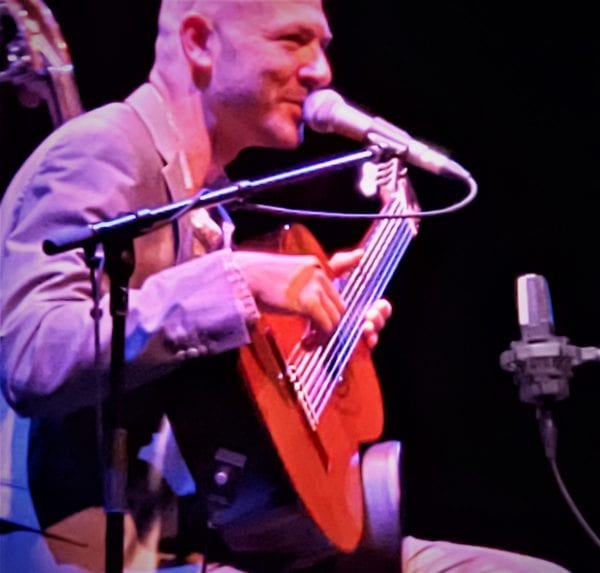 The songs will appear on an Soledade’s forthcoming debut album, scheduled for a September release. Judging from our April preview, the Clearwater-bassed singer’s new recording should be a staple for both bossa nova collectors and fans of local jazz.
Najar and his band played in a variety of configurations, going from a full, lush sound to more intimate, isolated instrumental pieces. They played “Aquarela do Brasil” as a trio number (known in English as “Brazil,” the theme of Terry Gilliam’s classic film by the same name) while Najar and Soledade played “Samba de Uma Nota Só (One Note Samba)” and “I Wish You Love” as duets. 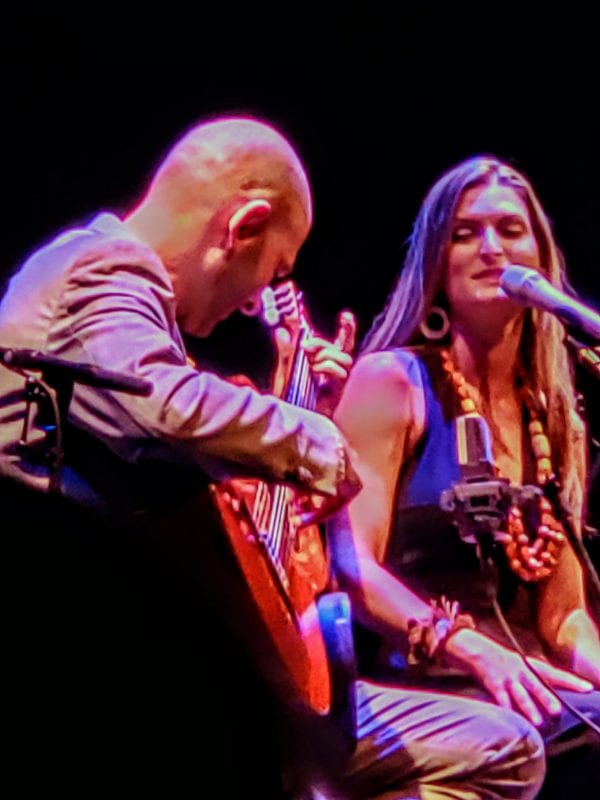 Their interplay among the players, a tradition in jazz shows, called to mind the democratic spirit of jazz concerts, which should be studied by all politicians. Najar’s band, no exception, traded off on solos, showing masterful and precise playing — intense but not heavy handed. Guitarist Najar, for instance, leans in and plays high on the neck with intricate fingerwork, resembling the loving, hovering grooming of a parent.

One memorable highlight, both touching and truly special, arrived when the band ended the show’s first half on “Sonho Desfeito,” which Soledade’s  grandfather, Paulo Soledade, wrote with Jobim. Paulo, known for co-writing gems like “Zum Zum,” formed a club of bohemians in Rio and became a show promoter too. How fortunate we are in Tampa Bay to experience his greatness via his own granddaughter.

The show’s second half opened with a famous jazz standard called “Spring Can Really Hang You Up The Most” played in a samba tempo, featuring Jeff Rupert on the tenor sax.

Then Daniela came back out and they performed “Desafinado,” my favorite, from the 1962 Charlie Byrd/Stan Getz record “Jazz Samba,” which won a Grammy and introduced Bossa nova to North America, Najar tells me. Najar also schooled us on “Flor de Lis,” a tune by the great Brazilian icon Djavan. 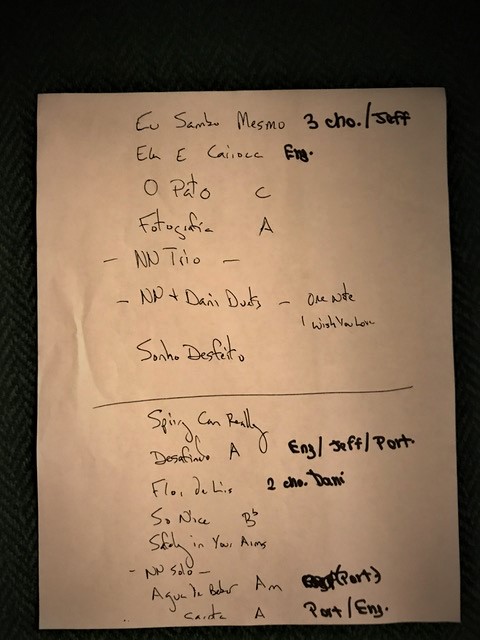 Daniela’s current single “So Nice (Summer Samba)” held up with the classics, too. She and the band also performed the winsome Marcos Valle tune “Safely In Your Arms,” which will also appear on Soledade’s album.

One epic moment hushed the audience with Najar’s solo on “Poema Dos Olhos da Amada” a gorgeous tune written by Paulo Soledade and the great poet Vinicius de Moraes. The show closed with Jobim’s “Agua de Beber” and then played the classic “Garota de Ipanema (Girl from Ipanema)” as an encore.

Indeed, if you love something the way Najar loves playing music, the right connections have a way of being sparked at precisely the right moment. “I met Daniela through my good friend Phill Fest, the wonderful south Florida-Brazilian guitarist,” Najar shared via email. “He introduced us, and when I heard how good she was and how much she knew about this music, I really wanted to work with her, so I decided to produce an album for her.”

According to the guitarist, the band will be booked through December — filling up dates. “Daniela’s album comes out Sept. 6,” Najar added, “and we’re doing a an album release concert at Studio@620 on Aug. 30. My birthday is Aug. 28, Bob Devin Jones of Studio@620 is Aug. 29, and Daniela is Sept. 3, so we’re celebrating birthdays and playing bossa nova!”

Though the Palladium show was about as close to sublime as one gets, I caught myself at times pining for the smaller Side Door cabaret lounge, where Najar’s sounds could fill the room and resonate more, but the band managed to capitalize on the acoustics of Hough Hall beautifully.

“It’s really easy to play concerts with this material,” he told WUSF’s Tom Cornette in their recent radio interview (if you haven’t heard it, it’s worth a listen, just as Nate Najar and Daniela Soledade’s Rio show is well worth the time of anyone who loves music).