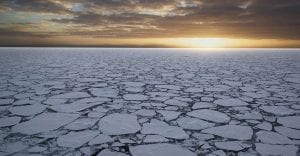 Through the blind, a sliver of light.

I’m lying awake with the darkness of that time

trying to pull me back under.

Like Poisedon ready to quake, ready to hurtle the sea at my enemy.

My eyes, stolen by beasts.

When I try to recall it all

I recoil inward with force so strong

that even memories cannot escape.

A sunrise at my southernmost point,

Just enough for my third eye

To exhume frozen moments of clarity.

I’ve talked a lot in this blog about not knowing how to move forward. This is a constant in my creative life and one I’ve learned to embrace because of moments like this morning. I woke up and, between dream and movement, answers to my questions came in flashes.

In my last blog post, Suspended Still, I intimated that moving forward I would like to continue with the scroll format, but that the works should keep transforming. Or rather, the process used to make them should keep transforming.  What I am seeing in my mind is something more sculptural and this morning’s flash offered a way forward. I don’t know why or what I had been dreaming about, but I awoke to visions of carving rubber….stamps I think. I was then lead to rubber in general and then a vision of molds was offered and I think that this might be the way forward because I really want to work both sides of the paintings now. I’ve also had the vision for a week or so of making a series of paintings that, because both sides are finished and are probably quite different, they cannot be displayed flat against a wall but must be displayed suspended in a space.

It’s happened before. I woke up one morning last winter with the notion of the third eye and, with a seed planted by peer and colleague Robin Perry Dana, developed an entire show around shaped panels for Gallery 221.

I’m not sure why, but I also received the poem this morning. I really liked the sad notion of a past experience being so gravitationally black that even memories cannot escape.