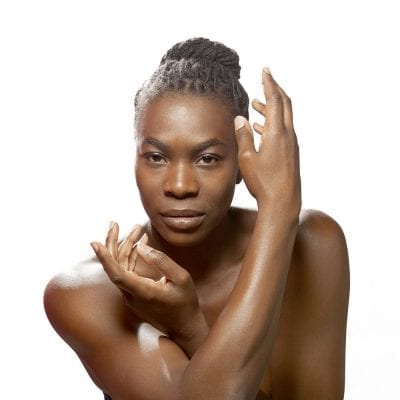 Sarasota-based artist recalls joys and challenges on the journey to becoming a dancer.

When Charlotte Johnson was seven years old, her uncle Edward, asked if she was interested in learning ballet. He was a dancer himself and wanted to share his passion for the art form with his niece. So, he introduced her to Suzanne Pomerantzeff, founder and artistic director of the Academy of Ballet Arts in St. Petersburg.

“And that’s where I got my start,” said Johnson. “I just dove in. She trained me all the way through high school.”

Today, the St. Petersburg native dances full-time with Sarasota Contemporary Dance. But it’s been a long road for her to get to there.

As a child, Johnson fell in love with dance immediately. Through the Academy of Ballet Arts, she learned traditional techniques, regularly dancing in classic ballets such as The Nutcracker, and performing at community events. It wasn’t until she got to the Pinellas County Center for the Arts at Gibbs High School that she began learning contemporary dance. As a young African-American ballerina in the Tampa Bay area, Johnson always knew she stood out. 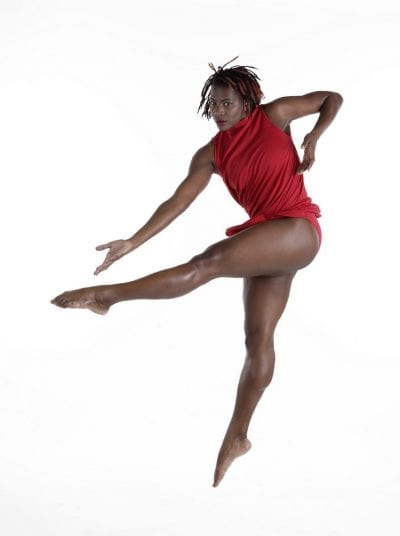 “At the time, you didn’t see a lot of black dancers in the area. I was the only one in my class for a long time,” she said. But, for the most part, she never felt mistreated because of her skin color.

“I never thought anything of it,” she said. “I think I was so accustomed to it that later on it was just kind of part of me and I started liking it a little bit. It’s like I stood out. I wasn’t like any other dancer.”

It wasn’t until she landed at The Juilliard School in 2002 that she felt out of place, which “is so odd in the middle of New York City, smack dab in Lincoln Center, a cultural hub,” she said. She was the only black female dancer in her class and just one of five in the entire program at Juilliard at the time, she added.

While never overtly discriminated against, Johnson realized her body type and appearance clashed with “the old-school ballet aesthetic.”

She said, “Being tall, being muscular – even though I was slim, I was really solid. My body type alone went against the typical aesthetic. Then you have this tall, dark-skinned woman with all this body. To them, I was a big woman, even though I wasn’t.”

During her four years at Juilliard, she “bumped heads” with instructors, choreographers and administration. Johnson even asked them why she was the only black woman in her class. The response just frustrated her further.

“I asked them, ‘Why? In a place like New York City, why?’ [The director] said, ‘There were just none good enough,’” she said. “Literally, that’s what he said. It’s impossible.”

This just compounded her struggles with body image and her sense of self. She found herself constantly asking, “Why aren’t there more of me here? We’re in New York City, the mecca of dance. You can’t tell me that there are not women of color good enough to be in this program.”

In response, Johnson choreographed a solo dance piece about these struggles, which included parts for a singer and actor, that she performed at a public student showcase.

After graduating from Juilliard, she landed a year-long apprenticeship with Bill T. Jones/Arnie Zane Dance Company. She spent half that time dancing full-time with them to fill in for a dancer recovering from surgery.

“A year of working with him is major,” she said, adding that his dancers are often hired for commercials and print work. “There were a lot of great opportunities to add to my resume.”

She was also featured in Puma’s 2008 commercial and print campaigns and worked as a freelance dancer for Ballet Noir and Trainor Dance in New York City. Then, Johnson auditioned for So You Think You Can Dance? Season Four. She made it through the first rounds of auditions to “Vegas Week,” an intensive weeklong audition in Las Vegas. Ultimately, she made it to the show’s top 40 competitors that season before being cut. Only the top 20 dancers are featured on the televised competition.

“That was devastating. Until then, everything had been going so great in my life,” she said. “The judges…all had great things to say. But I guess I didn’t appeal to a TV audience. I had more of a concert, professional dancer kind of look. But they tell you that in the beginning. They’re casting a TV show.” 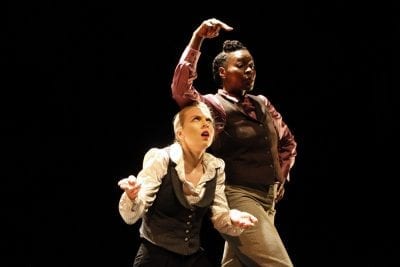 Photograph by Sorcha Augustine and courtesy of Sarasota Contemporary Dance.

Uncertain of her next move, she decided to go back to school, earning a master’s degree in theater education from City College in New York. In 2011, Johnson and her husband at the time moved back to St. Petersburg, where she was hired to teach dance at John Hopkins Middle School.

She enjoyed working with the students, “giving back to the girls and getting them ready for their endeavors in dance,” she said. Ultimately, though, she realized teaching middle school wasn’t for her. In 2016, Johnson stopped teaching – and dancing, altogether – and accepted a job as an admissions representative at a career school. This was one of the unhappiest periods of her life, she said.“I put on all this weight and I was miserable,” she said. “A big part of that was because I wasn’t doing what my heart wanted.”

She decided to take “a huge leap of faith” and left her admissions job to focus on reviving her dance career. Around this time, Helen Hansen French, also a St. Pete native who graduated from Juilliard, reached out to Johnson about performing in Within the Bounding Line as part of French’s Motherhood Project.

“It brought me back into the art world,” Johnson said.

French also invited her to perform as part of BEACON, an annual performance series at the Palladium. Johnson performed as part of BEACON in 2017 and 2018. In 2017, she also joined the company at Sarasota Contemporary Dance, where she’s been dancing ever since.

“I’m in my second season now with them and it’s been great – great exposure and opportunities,” she said. “To have this second opportunity to have a professional dance career, it’s been challenging, but it’s been really great.”