Visiting my Favorite Pieces at the MET Museum (and Some New Favorites, too) 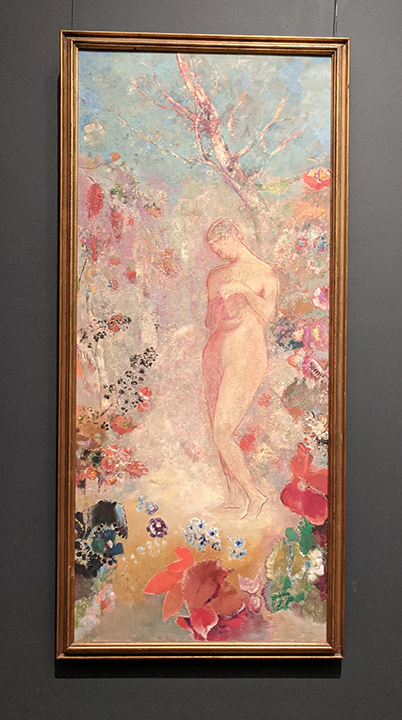 Last week I unexpectedly went to NYC to a funeral and shiva. I’m not going to talk about that part, except that although it was sad I am so glad I went. I stayed in Manhattan with a friend and had two mornings free where I went to the Metropolitan Museum of Art by myself. I grew up in Brooklyn (until I was 11) and my mom (who loves art and culture) would bring me to museums and outings all over the city. We would often go to the MET, which was free to go to (whatever donation you want) back then. Now it’s donation only for NY residents, which I guess is fair. Anyway, it was basically free which is crazy because it’s probably the best museum I’ve ever been to, even now, after going to the Prado and Louvre (where I cried to be taken back another day). We went to that museum all the time, and whenever I’m in the city now I always go at least once to see what’s on exhibit and visit my favorites.

I’m a huge fan of the 19th century French artist Odilon Redon. He mainly worked in oils and pastels. He is considered a symbolist so he would do all these wild paintings based on books like Ovid’s Metamorphoses and ancient myths… but he’d also do gorgeous still lifes of flowers in vases. Something about the way Redon used color and the way the colors touch and the texture of his paint or pastel… gets me all goosebumpy. There’s also a painting I love of his with two pegasus flying amongst clouds but it wasn’t on display this time. 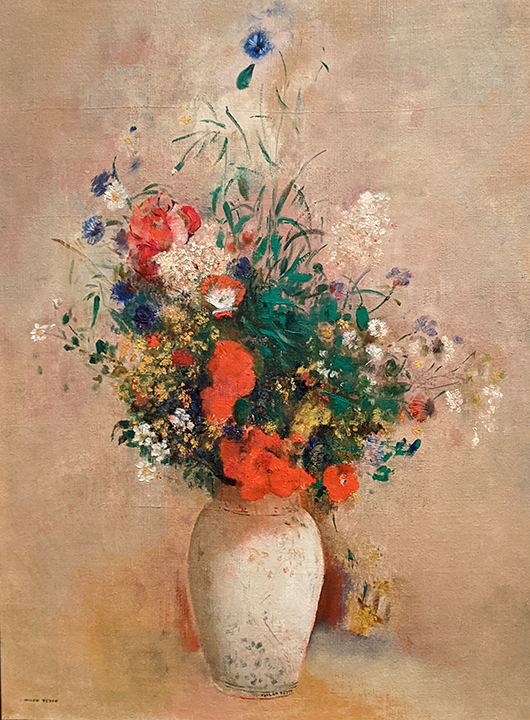 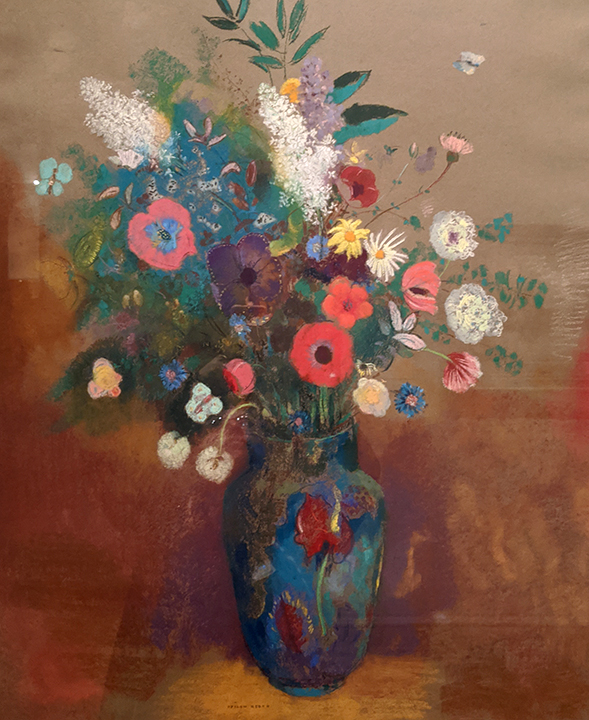 Here are some pieces I’d always visit with my mom when I was a kid. I still love them. We actually had a print of Pygmalian and Galatea in outrhouse. You should look closely at it, it has some bizarre stuff going on. 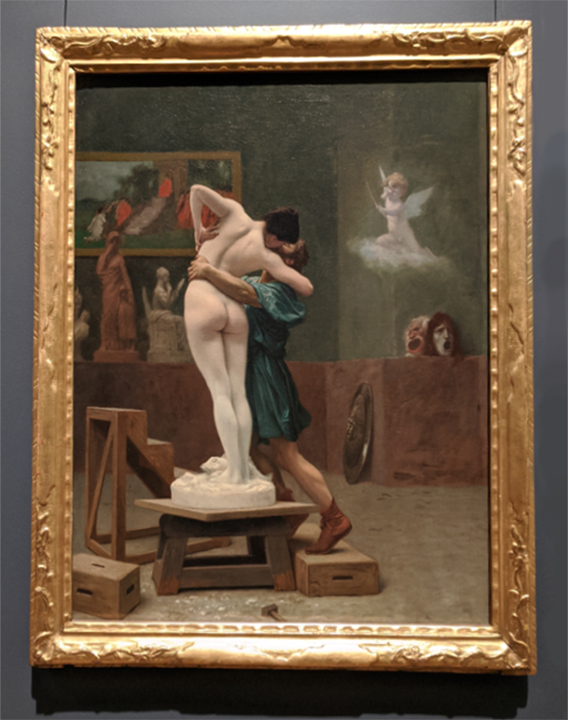 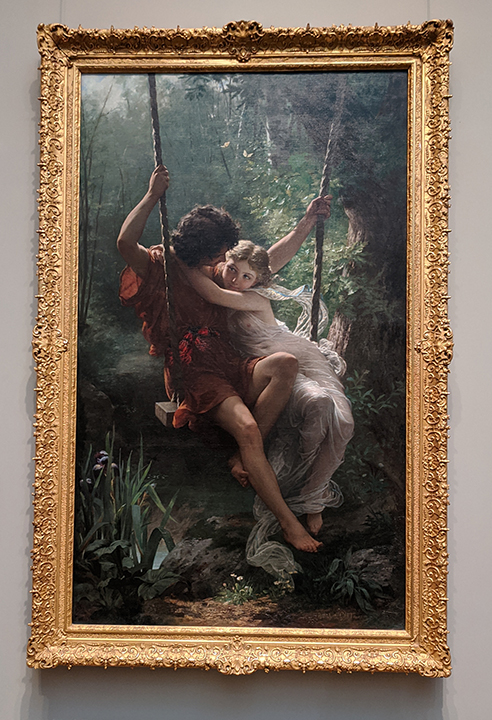 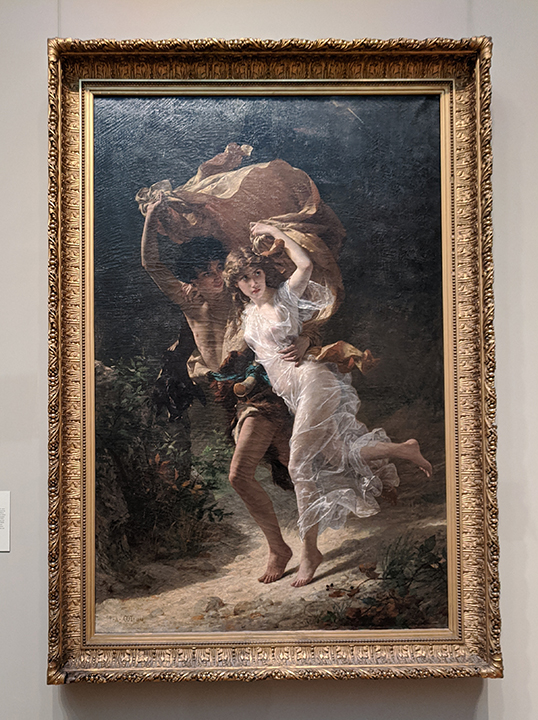 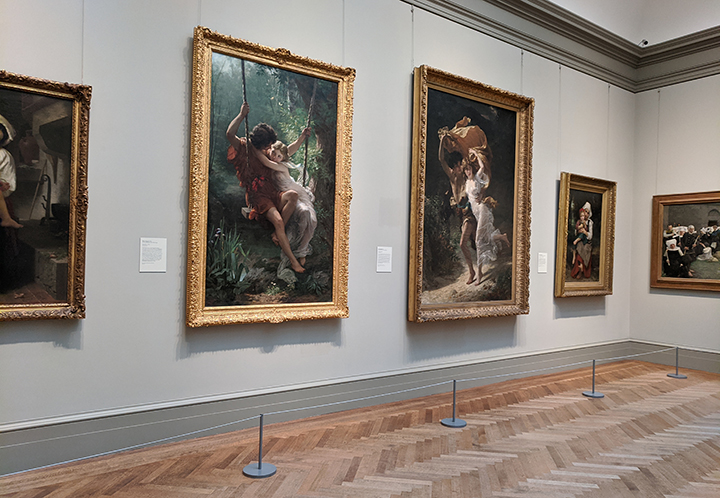 The next painting, I don’t believe I’ve ever seen it before. I’ve seen a lot of Van Goghs in person, but this one was really striking to me. Van Gogh’s intense, curvy brush strokes take center stage in Bouquet of Flowers in a Vase. The paint is just so thick and beautiful in person. I got really close to look at it and luckily no one yelled at me (this time). 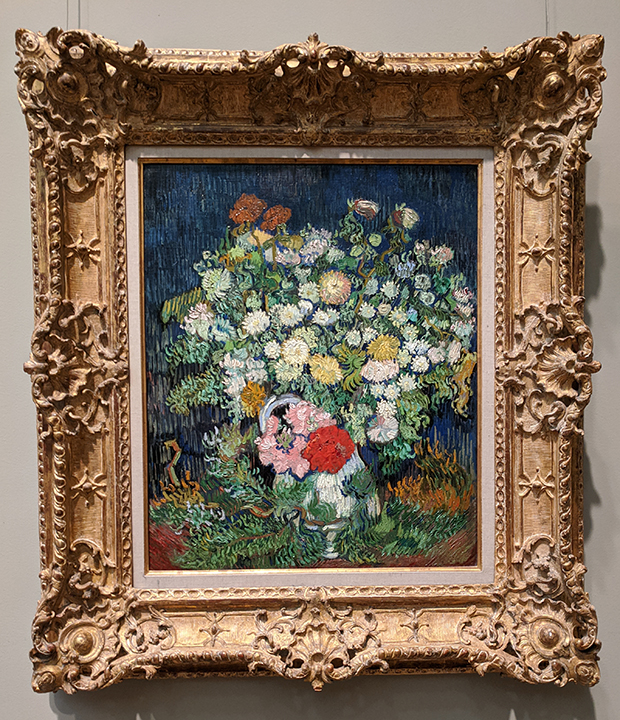 Vincent van Gogh: Bouquet of Flowers in a Vase, 1890. Oil on Canvas.

After visiting my favorites, and the Marvels exhibit (I’m dedicating my next blog post to that exhibit only), I tried to get lost. I know the museum pretty well but there’s some areas that are confusing and also they move stuff all the time. Here are some things I found while “lost”… 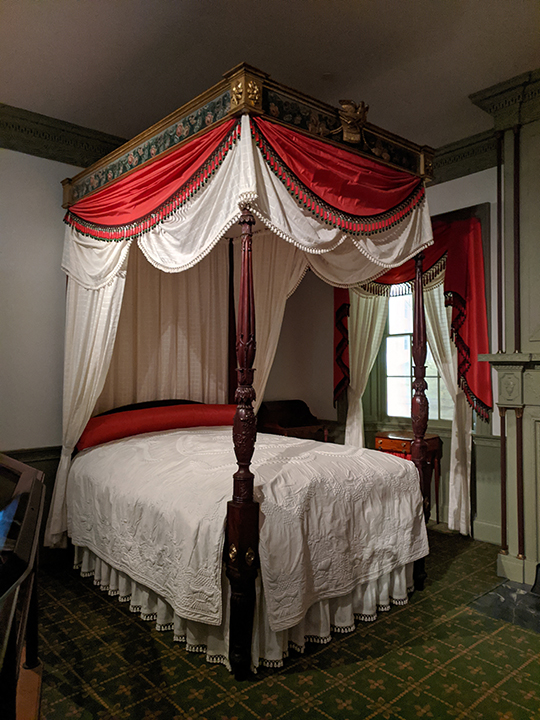 I LOVE this canopy bed. I found this in the American wing, I believe it’s late 19th century/early 20th century. I want it in my house! It’s fancy but not too fancy and I love the red-green color scheme that isn’t Christmasy. 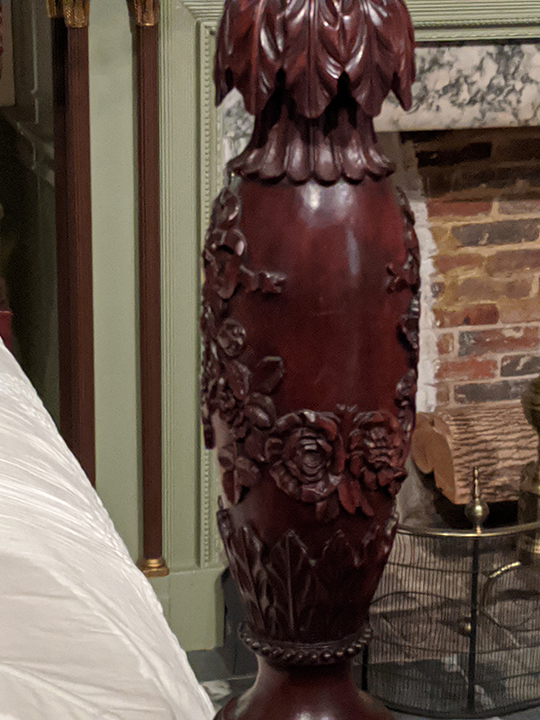 Detail of the wood carving. 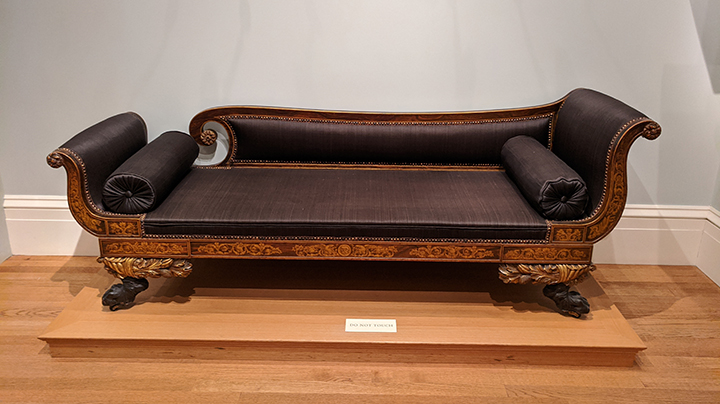 This couch is amazing. American. Looks like it’s influenced by Orientalism. 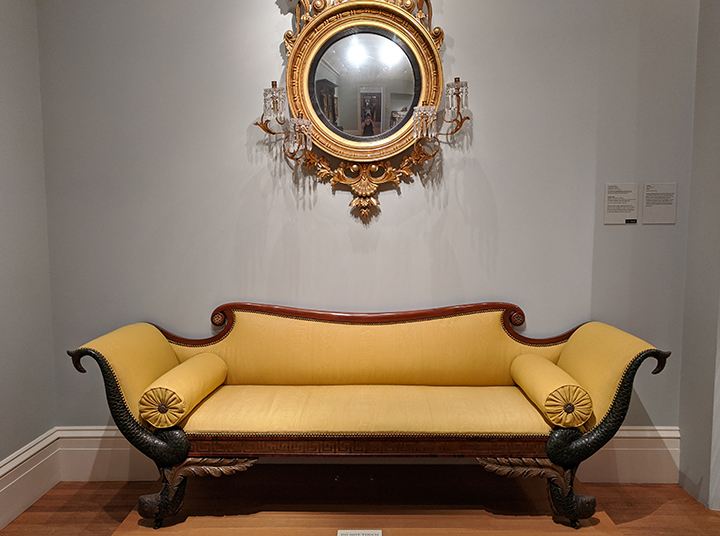 This couch looks really sleek and then you notice its feet are literally monsters. 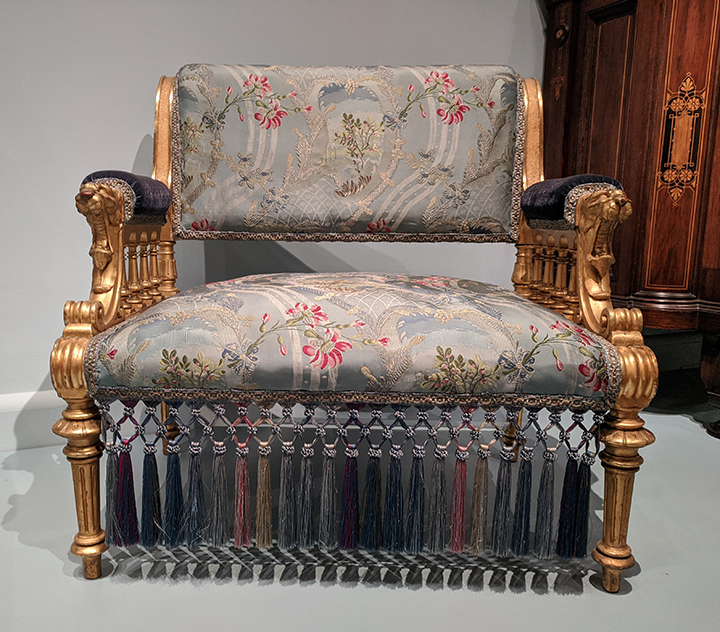 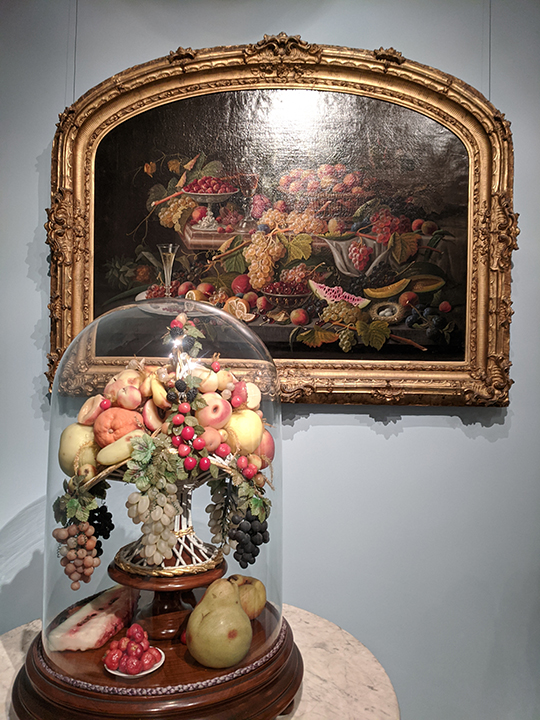 Momento mori still life in front of momento mori painting. The still life is made from wax and from the 1800s which grosses me out but it looks pretty good. 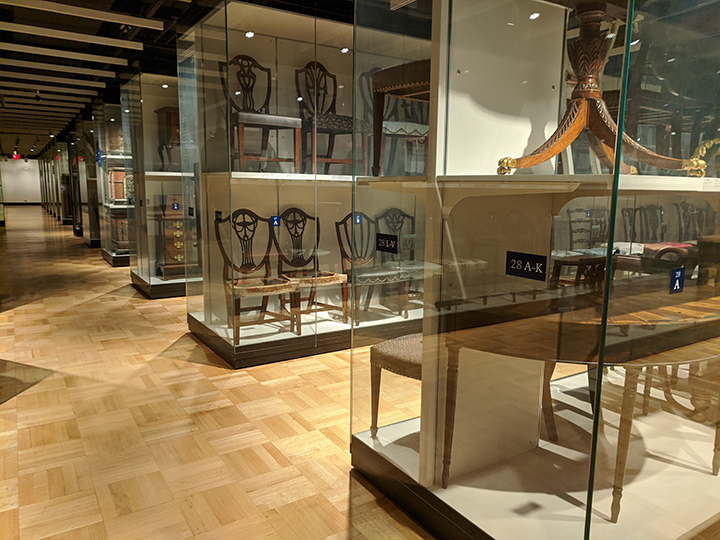 If you haven’t been to the visible storage in the MET, I highly recommend it. It feels like a mausoleum packed with bodies but really it’s just a ton of art. Paintings, sculptures, furniture all squished together. It’s really fun! 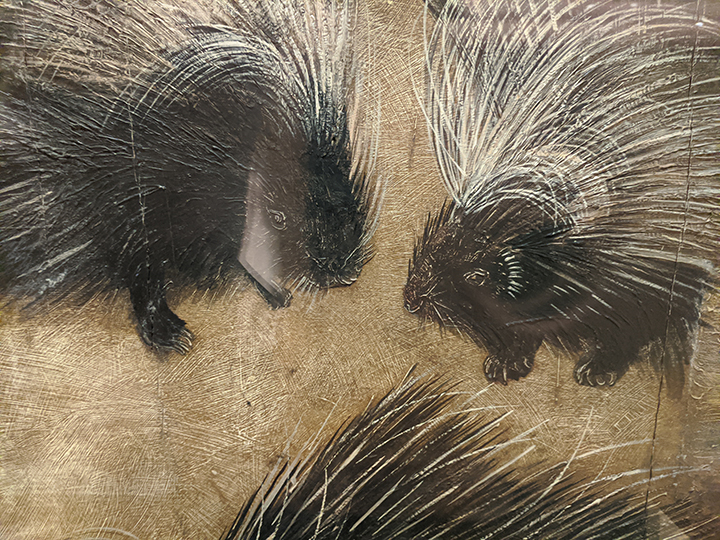 I couldn’t get a great picture of this because of the glass. This is a closeup of a screen called “Porcupines and Nightmare,” by Robert Winthrop Chanler from 1914. It’s maybe 8 feet tall by 4 feet wide… one side is covered in these paintings of porcupines and the other side is a terrifying mishmash of people, crocodiles, and demons.

I could go on and on about the MET, but I’ll stop for now, and my next post will be all about the Marvels exhibit (spoiler: it was excellent). Until then, put on your calendar: Next Block pARTy (art walk) is March 28!