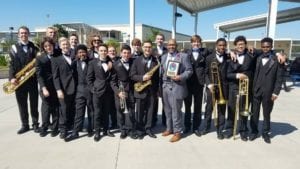 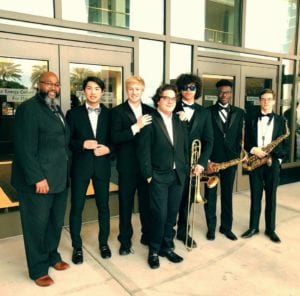 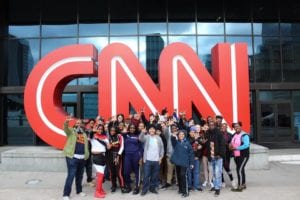 Michael Kernodle
Mr. Kernodle has been a music educator for two decades, and is in his 10th year serving as Lakewood High School’s Director of Bands. 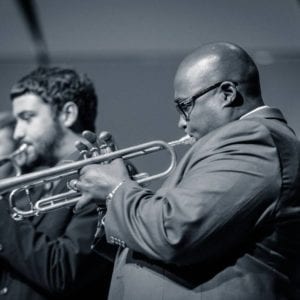 A native of Danville, Virginia, Kernodle is a graduate of Virginia State University’s Music Education and Performance programs.
He is an accomplished musician, playing the trumpet, piano, French horn and a “just a bit of violin.”

“It’s a privilege and an honor to be in the position of director. I love making the music come alive.”

The Soul of the South
& its Ensembles Rock the Nation 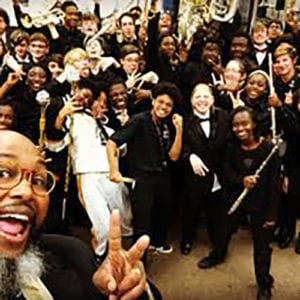 Michael Kernodle, accomplished musician and educator, has been the driving force behind South St. Petersburg’s Lakewood High School band program for almost a decade. His leadership as director of bands, along with student commitment to excellence, has propelled Spartans Jazz into the national spotlight on more than one occasion.

In fact, The Marching Spartans, aka, “The Soul of the South,” has been so successful, the program gave rise to several equally successful jazz ensembles led by Kernodle. He also leads orchestra and wind ensemble.

The Marching Spartans are the original and largest of the jazz bands and welcome musicians of all skill levels. They perform at Friday night football games, parades, the East/West Shrine football game and special events.

Drumlines, elaborate choreography and contagious enthusiasm are the order of the day when they take the field. They recently participated in the Honda Battle of the Bands in Atlanta.

​The Spartans boast a 2019 Superior Rating in Marching Band Music Performance Assessment and a promise that “when you watch this high energy group perform, you won’t be able to sit still!” 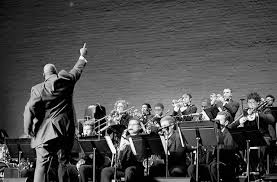 With Kenodle’s support and guidance, a group of students saw the potential to further share their music. The idea was to create a smaller ensemble with the ability to perform in more intimate venues and at a wider variety of events — maybe even increase the chance to play a solo or two. The 54th Avenue South Jazz Combo was the result. It’s comprised of six musicians playing piano, bass, trombone, trumpet, saxophone and drums.

Highlights include appearances at the Clearwater Jazz Festival and the St. Petersburg Festival of the Arts. But one of the biggest brushes with greatness came just weeks ago, when the 54th Ave South Combo played at the Florida Orchestra Gala during Bernadette Peters’ concert at the Mahaffey Theater. Bravo! 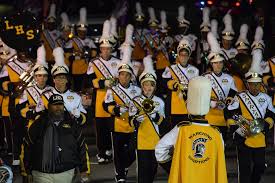 The Lakewood Jazz Ensemble or Spartan Jazzsters, is a group of approximately 20 musicians that appear at various events and venues.

In 2016, at the Crescent City Music Festival in New Orleans, they were named National Champions of High School Jazz Bands after competing with bands from all over the United States.

The Jazzsters were named Instrumental Grand Champions with a solo honor for Jonah Hollander as Best Instrumental Soloist on stand-up bass. 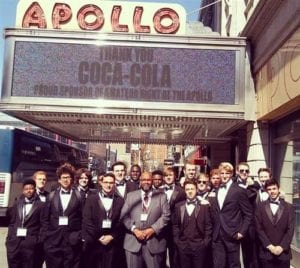 In 2018, building on the success in NOLA, the Lakewood High Jazz Ensemble was invited to experience the honor of playing the New York City Jazz Festival at a venue many consider a mecca of music — the Apollo Theater.

The band got to meet jazz professionals and experience all the opportunities for learning afforded by such a monumental event. The Jazzsters also earned a recent “Superior” music performance assessment from the Florida Bandmasters Association.

In order to raise funds to finance performances and participate in competitions, The Jazz Ensemble, in partnership with the City and the Music Industry and Recording Arts (MIRA) program at St. Pete College, has released two CDs — Swingin’ on 54th and the recent Southside Groove, which feature original music and classic performances. 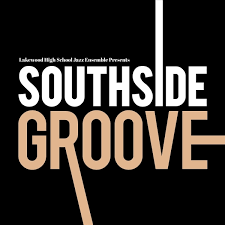 CDs sell for only $10 at Lakewood High School, The Dr. Carter G. Woodson Museum and City Hall or $15 online.

How Can You Help?

Volunteer opportunities include helping with uniforms, being an event or travel chaperone, helping with concessions, driving and even helping to haul the instruments and equipment. It takes a village, after all.

You can become part of Band Boosters, Inc., a nonprofit fundraising organization that meets at the school every third Thursday of the month in the LWHS band room. David Keister is the president.

Keep up with the Lakewood High Performance Ensembles here