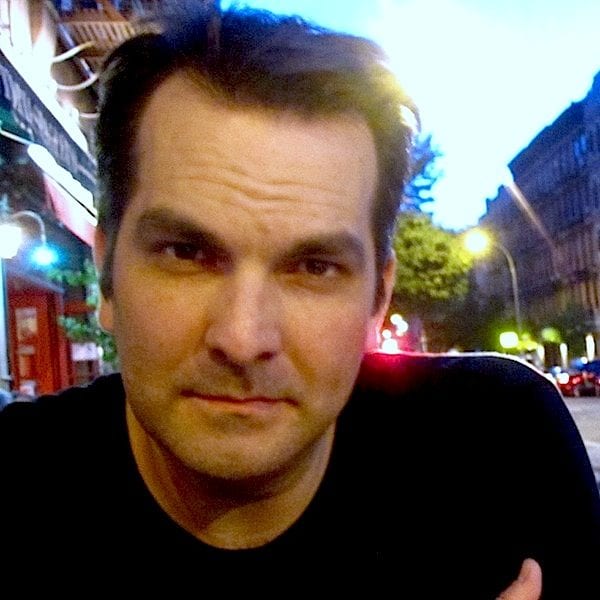 From performances with the Florida Bjorkestra to Jobsite Theater production, Jeremy Douglass is a performer of many talents.

He has traveled the globe playing music on The World, a luxury ship that houses the richest of the rich. He leads the 30-something ensemble The Florida Björkestra, which plays homages to David Bowie, Madonna, the cult TV show Buffy the Vampire Slayer and, of course, Björk. The past couple of years life has led him to work with the Jobsite Theater, last year performing live in the hugely successful production of Hedwig and the Angry Inch.

His latest, an original score, can be heard in Jobsite Theater’s current production of Othello — the Shakespeare drama with themes of racial prejudice and jealousy that are sadly still relevant 500 years later.

With the production in full swing, the busy pianist and producer made some time to talk to Creative Pinellas about his background, his future, and traveling The World.

When did you start playing piano? Were your parents musicians?

I started late at 15. There was a piano in the church we went to, kinda tucked away in a back room. I’d sneak in there during or after services and try to figure it out. My parents weren’t musicians. But my grandmother used to play Scott Joplin ragtimes when I’d come to visit. 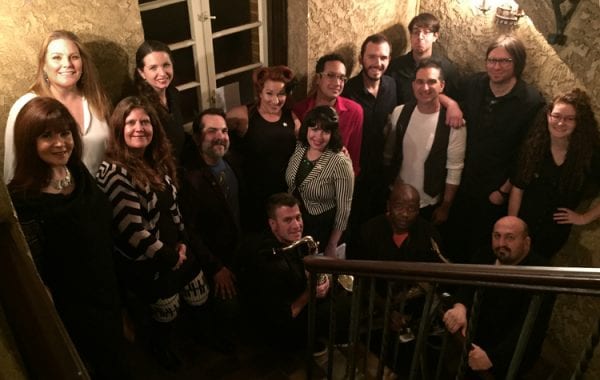 Are you a St. Pete native?

Pretty much. We moved down to Clearwater from South Carolina when I was 4. Growing up I was in Largo, Pinellas Park, north county. My first apartment on my own was in a house right across the street from the Church of Christ Scientist, which is now the Palladium.

How did you get involved with Jobsite?

As Jobsite was gearing up for LIZZIE a few years ago, my friend Mark Warren, already a Jobsite musical veteran, asked me if I’d be interested in being part of it. He knew the music was right up my alley. I met with David Jenkins (Producing Artistic Director and a co-founder of Jobsite) and we all three had lunch and then I was in. I’d been waiting for a way in to the musical theater scene, Mark provided. Thanks, Mark!

Congrats on the success of Hedwig. How much different has it been than working on Othello?

Thanks! Hedwig was amazing. And a totally different experience than working on Othello. Hedwig was a performer role, and a bandleader role. Just like Spencer (Meyers) and Amy (Gray), all of us in the band were there for every show and the whole thing was played live on stage by real musicians (and GOOD ONES, too!)

My work for Othello took place entirely in my studio, interpreting David’s breakdowns of scenes and transitions and making music that conveyed the feelings presented on stage from cue to cue. I referenced the script a bit, but mostly took direction from David. He’d write something like “this scene is dramatic and intense. We’re building the tension from the previous scene and adding an element of stabbing here. It needs to be 90 seconds.” And then I’d make some music that, to me, exemplifies tension and stabbing, send that to David for approval and then move on to the next cue description.

Do you play live for performances or is it recorded? Any other musician involved?

It’s recorded. I wrote an orchestral score for this one and wrote parts for virtual orchestra. I had just acquired a new orchestral sample set and was eager to write for a large ensemble. No other musicians were involved. Just me, making virtual string and horn players work until 3 a.m. They never get tired or need to eat. 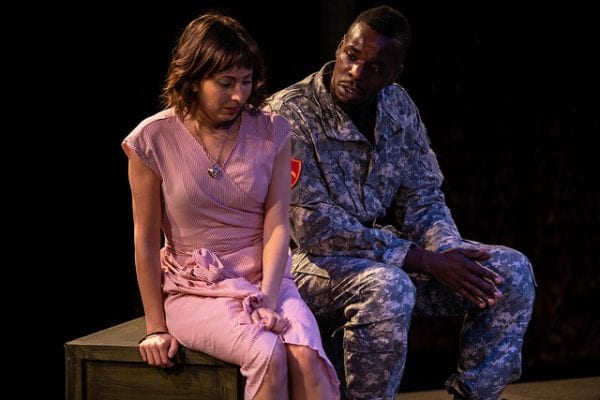 How different is it to compose for a play or movie than doing an piece not attached to anything?

Writing for a play is uniquely challenging. When writing a piece not attached to anything, you’re free to tell your own story. But when writing music that will be played over a live performance, there’s some important considerations to take. Firstly, unless the live performance is going to be choreographed to that music in rehearsals, the music has to stay out of the way of the performance. And we never planned to choreograph to this music. So it has to take a backseat, and many elements composers typically love to use like strong melodies, dramatic shifts, compelling changes in mood and structure will more than likely just be a distraction from the performance and then everyone loses.

So the challenge, and it’s a really fun one, is to make music that evokes a feeling, defines a character, heightens or releases tension, recalls a time and place, but does that without distracting from the actors on stage. I think the best underscore for a live play is music you don’t necessarily listen to, but just feel. In that way, I see the composer in this situation as being on equal footing with the lighting director. I think both roles are best served when the audience doesn’t really notice them and they accomplish their goals with artistic excellence nonetheless.

Do you have any favorite movie or theater scores you draw inspiration from?

Absolutely. It’s always changing. But while I was working on Othello, during breaks, I’d go back to binge watching Battlestar Galactica. When that was done, I started in on rewatching Lost from the beginning. I can hear the music from both of those shows filter down into what I put together for Othello.

Do you still work on The World?

No. That was a wonderful and terribly lonely experience. I was the only musician on board a floating private residence of some of the world’s richest people, perpetually circumnavigating the globe. I got to see some amazing and exotic places that are waaaay off the beaten path. But the nature of my position on board meant that I did most of it alone. I’m happy for the experience, but I don’t think I’d do it again.

What’s next for you?

Right now, I’m in the beginning stages of planning a late spring show with my 30-piece ensemble The Florida Bjorkestra. Once we settle on a date that works for everyone, I’ll start in on arranging the music. Traditionally, we do a double tribute (Bjork + David Bowie; Madonna + George Michael, for example). Unless we’re doing Buffyfest, our annual Buffy The Vampire Slayer musical party. For this upcoming spring show, we’ll be playing Kate Bush and Peter Gabriel and I’m just giddy about it.

I’m also doing some insanely fun improv work with American Stage Improv in our musical improv team Definitely Not Murderers and with my own improv group Roll/Play. Roll/Play is an unholy marriage of musicians from The Florida Bjorkestra, improv singers from Definitely Not Murderers and Dungeons And Dragons. We’ve basically created a game that the audience plays with the band. They roll D&D dice and it changes the music on stage instantly.

Also, I think I may have David Jenkins convinced that we need an original score for all of Jobsites productions this season. So hopefully I’ll be working on that, too.