From Failure to Success.

You may remember my blog post #6 titled Failure. In it I talked about a commissioned portrait that was ultimately rejected by my client. In spite of my best efforts, sincere input from her, and many days of work we just couldn’t reach an acceptable resolution. It’s no one’s fault. But it does illustrate just how difficult it may be for two individuals to arrive at a mutually acceptable creative vision. Language alone is sometimes insufficient to convey images we see in our minds. For what it’s worth, below is a blurred photo of the rejected portrait. I won’t reveal the actual painting out of respect for my client since it does accurately portray her likeness. 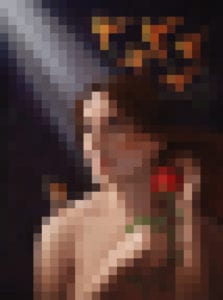 After the painting was rejected I was left with a choice — destroy it or transform it into something new. I chose the latter.

Interestingly, about the same time, I was invited by Beautiful Bizarre Magazine to participate in a group show at Modern Eden Gallery in San Francisco at the end of 2020. The theme and title of the exhibition is Midnight Garden. Since my rejected portrait was a night scene perhaps I could adapt it to fit in nicely.

The subject of the original portrait was a native of India. The main thing I needed to do was substantially change her appearance. I settled on making her appear of African origin. To do so, I needed to alter not only the color of her skin but the structure of her face, including hair.

The next was to remove any specific elements that might identify her; in this case a business logo.

From there I was free to make this painting my own creation. So many of my paintings focus on women with headdresses. So, in this case I decided to keep it fairly simple and have golden birds (kept from the original version) laying fine strands of gilded chains adorned with rough-cut emeralds about her head.

She holds a blossoming red rose (again, kept from the original version) but I added rose plants to her right with rose buds. To me, this indicates that she is coming into her own, also signified by the bestowal of the jeweled headdress.

The rays of light entering from the upper left could prompt various interpretations that I’ll leave up to the viewer.

Here is the finished painting. Title suggestions are welcome! 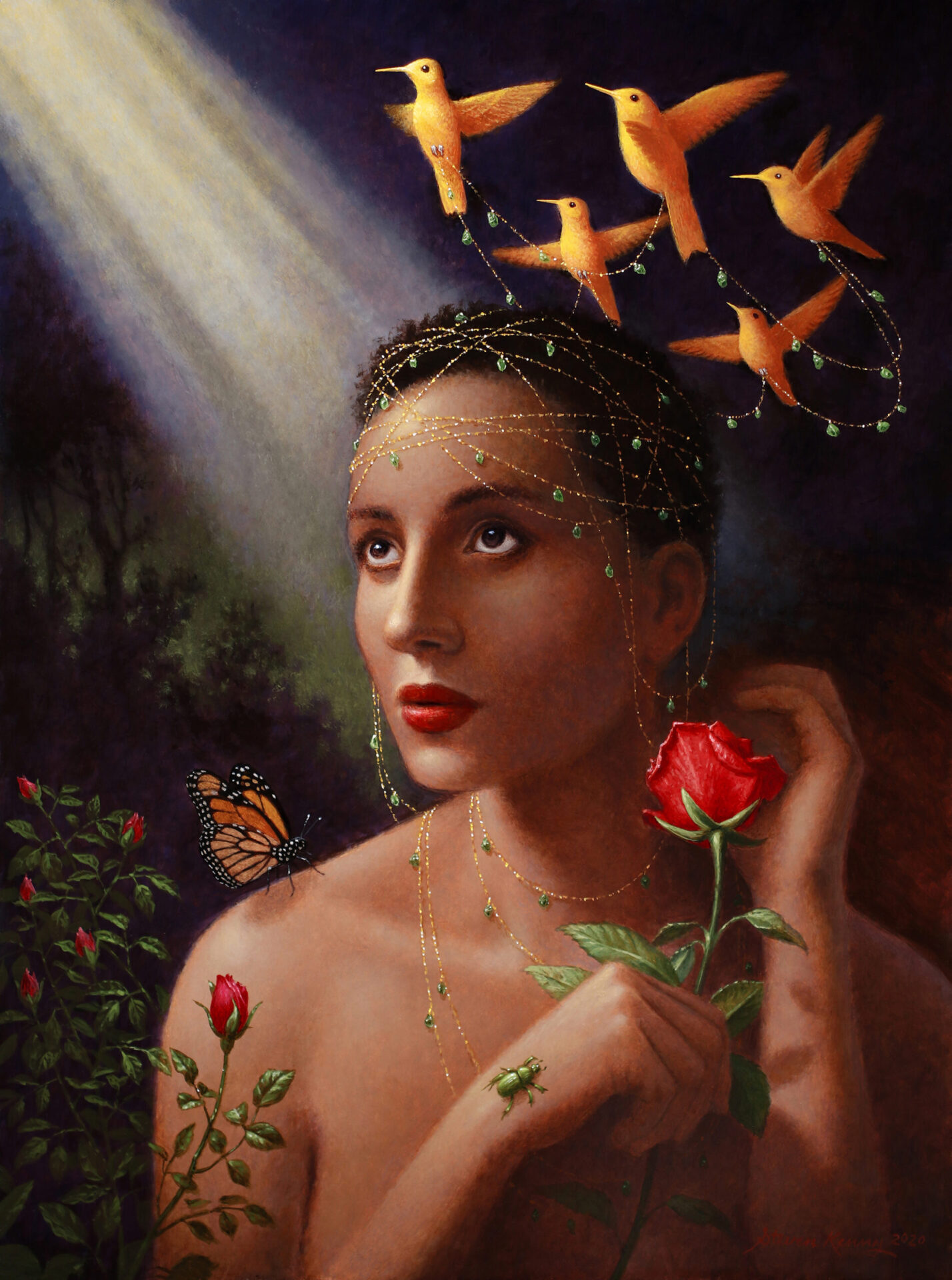