Never rely on your first impression

How do I know?

Because I recently received this email from a performer in one of my regular ensembles, who left the group after making judgments based on their first impressions of me.

“What a HOOT !! When you started this gig I felt you were distant and probably asking yourself why you had to deal with a bunch of rank amateurs who could not possibly produce much of anything worth hearing… you seemed out of place, not used to dealing with non-professional, non-fulltime musicians… none of this may be true but they were my early impressions.  I found you hard to follow, somewhat overbearing, and seemingly humorless (hence why this account today). I revel in the “change” and look forward to more. I have and hopefully will continue to learn from your instructions/criticisms… you have made me a better and more attentive player.” – J.A.

This was a year after the performer returned to the same group and noticed something was different… whether it was them or me or the group dynamics or a combination of all three (which is more likely).

NEVER rely on your first impression of ANYONE.

Fortunately, this first impression was a good one – listen to that laughter in the video of the 10min concert opener below – but it is only after time,

only after multiple visits that people get to appreciate the full extent of what can be accomplished after a first impression.

As noticed by a long-serving member of the City of Dunedin’s Arts & Culture Advisory Committee who made a point of telling me how much the quality of the Dunedin Concert Band had improved considerably over the past couple of years. Yey!

For details of my upcoming concerts on Mother’s Day with the Richey Community Orchestra, and a patriotic “United We Stand” performance with the Dunedin Concert Band, check out the CONCERTS page at www.StephenPBrown.com 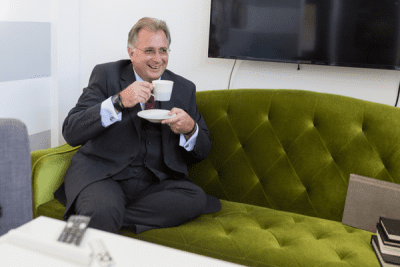