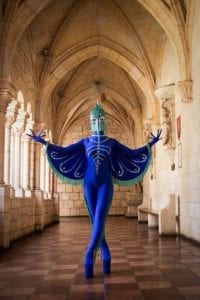 When Ken Hannon joined the Dunedin Fine Art Center in 2005, one of his first jobs was to help launch the wearable ART Fashion Show. It was a new event for the DFAC and staff didn’t know what to expect from it, which meant there weren’t many funds to support it.

“I had no money to promote it. They just told me to go for it, and we did, and the show sold out that first year,” Hannon said.

Since then, wearable ART has set the bar for local fashion shows. It was one of the first events to showcase local artists working in fashion-related ways.

“Fifteen years of anything is kind of remarkable, nowadays,” Hannon said. “I think this speaks to the interest, I think, in the whole Tampa Bay area. The rise of this event is kind of parallel to the arts coming to the forefront as a part of who we are here in the Bay area – and this is just another of the small pieces that come into that.” 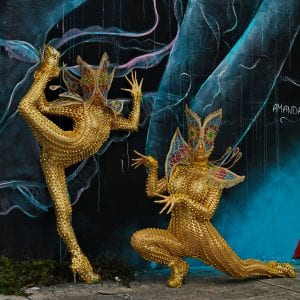 The 2019 wearable ART show takes place Saturday, August 24 at the Dunedin Fine Art Center, 1143 Michigan Blvd. in Dunedin. The Pre-Glow party, featuring a cash bar, music and mingling with the models, takes place at 7 p.m., while the runway show starts at 8:30. This will be followed by the After-Glow party with music from This GREAT Live Band!, appearances by the models and designers, and a cash bar.

“It’s an incredible show,” Hannon said, one that builds on the past 15 years. Since its inception it’s “gained some reputation and some legs, and grown into, really, an incredible stage production.”

The DFAC welcomes a variety of artists, from Michigan to Miami, to the stage in 2019. 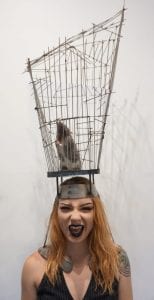 St. Petersburg’s Frank Strunk III, a sculptor who works in metal, participated in the first six wearable ART shows, and returns this year. Wearable ART was the first fashion show he ever designed for.

“He was involved right from the beginning with us and defined what the show is all about,” Hannon said. “We’re excited to have him come back for such a big year.” 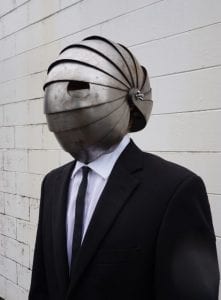 Kikimora Studio, often referred to as a high-fashion circus, brings a fantastical element to this year’s show. The show also features the Garden Fairies Wearable Art Creations, a Pinellas County-based group that started as an artistic gardening co-op in 1999 before creating wearable art together. Balloon artist and magician Mark Byrne also joins the line-up. Other designers include Jenna Barnes, Melissa Dolce, Johnny Hunt and Cindy Linville. 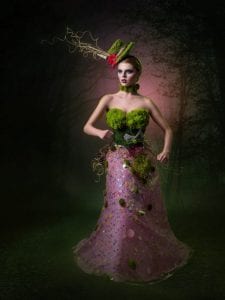 Meanwhile, Clearwater’s Lina Teixeira, who was also a part of wearable ART’s early days, participates again with a non-runway installation designed especially for this year’s show.

“It’s a fashion show, sure, but it really gives artists of all kinds of stripes a chance to do something a little different,” Hannon said. “They run the whole gamut, of folks who consistently work in fashion and work in that medium, and then there are others that this is maybe the only fashion thing they do.”

He added that at the wearable ART show, “There’s always something unique that you don’t see anywhere else. That’s what ultimately winds up on the stage. Something that makes you say, ‘Wow, I’ve never seen that before.’” 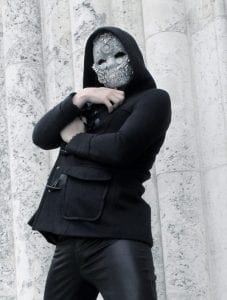 It’s more than “a fabulous art show,” Hannon said. “It’s a great party. It’s fun. It’s electric. People dress for it. It’s an incredible event and important part of our fundraising mix. It supports students in our classrooms year-round.”

The DFAC welcomes more than 6,000 students in its 21 studio classrooms each year. Funds are used to support this educational programming. He explained, “Our goal is to turn no one away. We subsidize every student that registers.”

Tickets for the wearable ART Fashion Show can be purchased online.

Find out more about the classes and workshops offered
for all ages in all art forms at the Dunedin Fine Art Center.