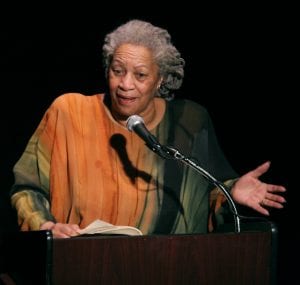 “Toni Morrison, author” by US Department of State is licensed under CC BY-NC 2.0

Toni Morrison remains a force. She transcended the literary world early in her career, then continued to share her work and herself for over four decades, all to our benefit.

From her debut with The Bluest Eye to her crucial critical work, Playing in the Dark: Whiteness and the Literary Imagination to Song of Solomon and the incomparable Beloved and beyond, Toni Morrison not only ignited the imaginations of millions but rekindled essential conversations, burning away the dead wood of ignorance and disregard — and capturing some of the world’s most prestigious literary prizes, the voice of a generation and the zeitgeist’s attention along the way.

We should all aspire to such magnetism and gravity, such articulative power that we do not search for the truth but refine the very notion —we who are artists, at the very least.

It’s hard to overstate Toni’s effect on American literature and the broader culture. She attained a status that few authors do. Readers may respect those writers for their stature in the field, yes, but more importantly they adore the intimacy and immediacy of their work.

She wrote those kinds of stories, those that live inside their readers from the first reading and ever on, the ones that change how people see the world.

Even among the luminaries of Art and Letters (American and otherwise) Toni shines, both for the dark places she leads readers — as well as her character’s inner lights. (I can say ‘lead’ because like their work, a great author remains in the present tense, insofar as it relates to that oeurvre.) 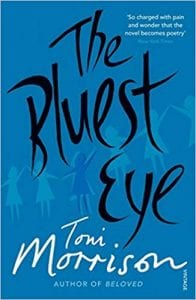 In 1970 when The Bluest Eye was first published, the US had met Richard Wright, James Baldwin, or Jimmy as she called him, Lorraine Hansberry and other resonant Black authors. They and others like them were and for decades had been a presence in the American literary vanguard.

Toni Morrison didn’t enrich literature in this particular way. Much as some think otherwise, I do not believe an author is diminished because s/he is identified with a group or community. All stories populated by humans are human stories. The periscopic ghettoization of the counterview reflects disingenuous criticism at best and a diminishment of the mind at worst. Our particularities are a source of beauty.

So no, she wasn’t a great because she was a great Black author — though make no mistake she was writing for Black people even if everyone was welcome to read. She was great because she wrote powerfully and often impeccably, because she added to the possibilities of literature as a social force as well as an exercise that strengthens the spirit.

She began by sharing in a voice that spoke boldly and tellingly of a child who hungered for Whiteness as others might hunger for understanding or acceptance. Pecola, The Bluest Eye’s protagonist, suffered the horror of incestuous rape, both before and after thinking that Whiteness could save her, that she’d see a better world if only she could look through those cerulean eyes. In the end, madness held the only peace she’d find. Morrison’s unflinching debut proved a preamble to her gift for poetics, keen insight and willingness to confront whatever obstacle blocked the truth. 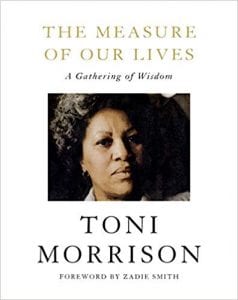 This honesty echoed through her work and can be found in her interviews as well. It seems it was hard for her not to be regal, even when laughing at herself or pointing out hypocrisies masquerading as context.

If you’ve not read or seen Toni Morrison interviews, do yourself that favor. One from 1998 has recently gone viral because of a question that Toni called ‘powerfully racist’ and rightly so. Her response reminds everyone that all who tested her would fail; she was not the one.

But of course she was. The first Black woman to win the Nobel Prize in Literature — that one. A longtime professor who counted Stokely Carmichael amongst her students — that one. The co-author of a children’s book series with her son, Slade, showing her versatility and dedication to family — that one. A former publishing house editor turned published writer in her late 30s whose second book was nominated for the National Book Award, whose third won the National Book Critics Circle Award and fifth, the Pulitzer Prize — that one. The author of 11 classic novels, two plays, poetry and a libretto — that one. The recipient of dozens of accolades, the Presidential Medal of Freedom and countless glowing reviews, smiles, love and always admiration. 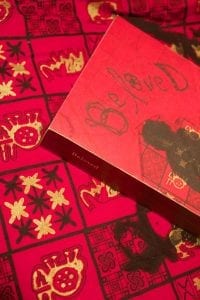 All this while teaching audiences as her characters’ educations unfolded.

In a 2017 sit down with Granta magazine, she had this to say about her work:

“There are certain patterns in the books and in life that look like they’re going one way. And then something happens and people learn.”

I’d wager that more than one reader learned about another’s plight, a succinct truth or just the what it felt like to be seen, to be centered in a way too rarely experienced.

And now we know this — Toni became something. That is most certainly her story. She teaches us by example, how a woman becomes a force. Let her life be a lesson to us all.