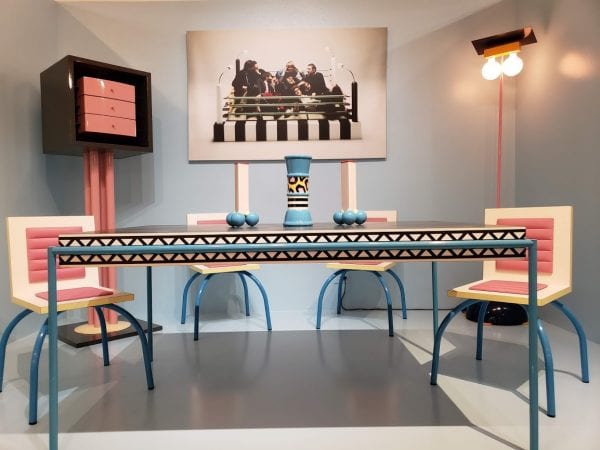 “Rivieria, 1981” by Michele Di Lucchi is among the furniture purchased by David Bowie. In background photo: Masanori Umeda designed “Tawaraya” for Memphis, featuring seat furniture in the form of a boxing ring. The founding members of Memphis are shown in it in a famous Memphis group photo.

Mount Dora’s Modernism Museum is currently exhibiting furniture owned by David Bowie and other intriguing pieces, all created by The Memphis Group — well worth the two-hour drive.

In 1981, around 5,000 miles away from Graceland, designer Ettore Sottsass organized The Memphis Group in Milan, Italy.  The artist collective included designers from around the world. They challenged perceptions of functionality and aesthetics with their wildly creative juggernaut, dubbed the Memphis Movement. The works turned heads throughout the decade.

“It is the largest exhibition on Memphis that has ever been assembled,” said guest curator Glenn Adamson. Here’s a snippet of Adamson’s introductory video, which plays in a loop at the museum. 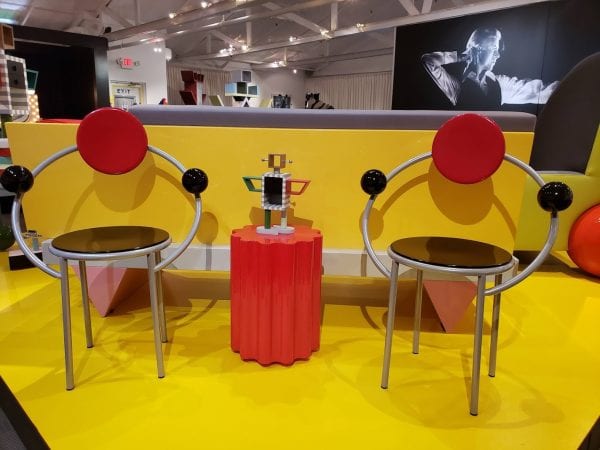 According to Adamson, Bowie built up an extensive body of Memphis work over the years. His collection included works by Sottsass and his colleagues, Michele De Lucchi, Nathalie DuPasquier, Shiro Kuramata and Martine Bedin. Those works and others, such as some striking pieces by Michael Graves, are included. The Bowie works are labeled with a gold star sticker.

The Modernism Museum’s exhibition represents the largest gathering of Memphis Group objects ever presented in an American museum. It includes more than 75 examples, many from Bowie’s private collection.

The show “is a fabulous opportunity to see Memphis as it should be seen — in profusion — and to experience the private world of a great pop visionary,” the museum’s website proclaims.

Memphis designs incorporated mid-century kitsch, modernism, art deco, the influence of Fisher-Price toys and other pop culture influences. The group came up with the name while listening to Bob Dylan’s Blonde on Blonde. The classic album’s tune “Stuck inside of Mobile with the Memphis blues again” inspired the artists to name themselves after the city that inspired that longing instead of Mobile, the Alabama residence of the “ragman.”

Visit modernismmuseum.org
Find out more about the Memphis Group here 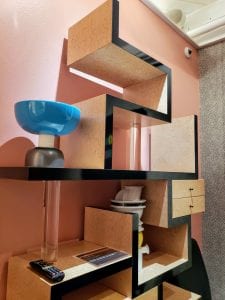 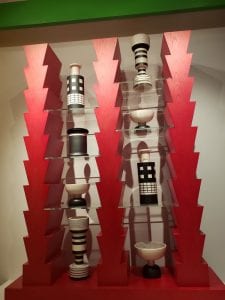 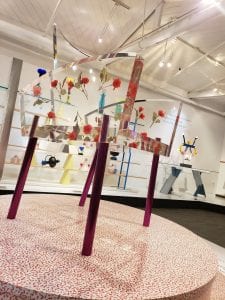 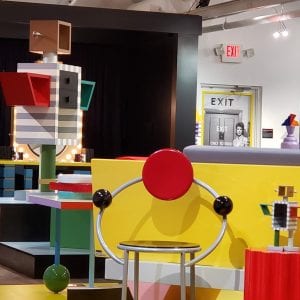 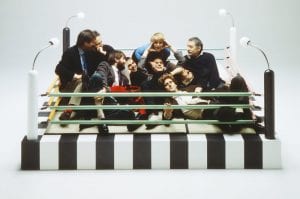 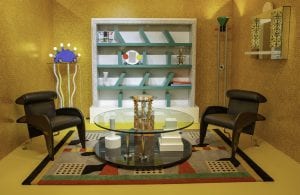 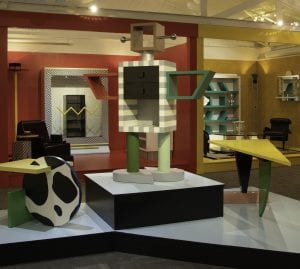 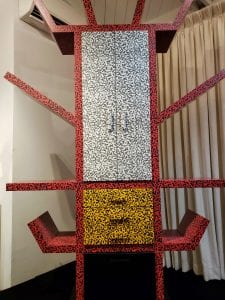 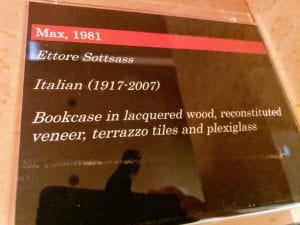 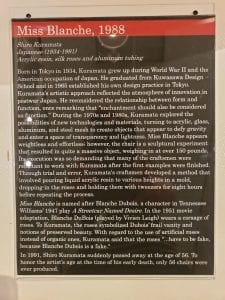 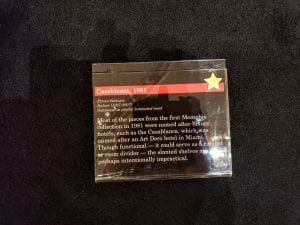 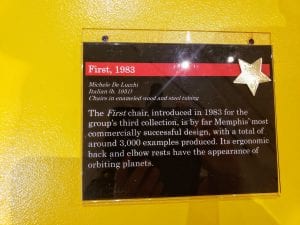