I began several ink wash studies of sabal palms, also called cabbage palms, on the north side of the Anclote River.

The trees are believed to live upwards of 200 to 300 years old. Its an ancient species to Florida, dating to the Oligocene Epoch (33 to 23 mya). This durable species has the highest hurricane survival rate of any tree in the state.

In a plein-air study, I look at several sabal palms (r., center, far left) for what shapes it creates in a composition, how light works around its palmate leaves and spiny “bootjacks” on its trunk. 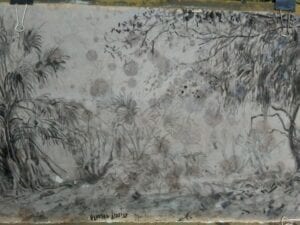 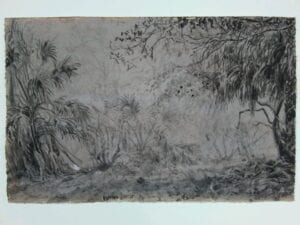 On the other side of the sheet, verso, I began a second  study of sabal palms in ink wash. I got in about 15 minutes of work before droplets appeared on the sheet. 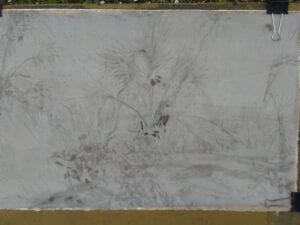 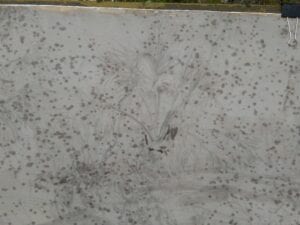 Drawing is not typically compatible with rainy conditions. The traditional chalk gesso ground is hydroscopic and will run if overly saturated. Oil painting is different. A painting ground of oil primer will be durable and remain workable, at least in a light rain. A short work session, but it’s progress.

The following evening I thought I could last out the rain, but actually it was steadier and heavier. 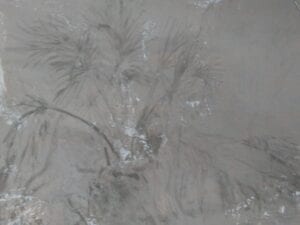 I tried to work into the drawing while the rain was relatively light. The ink bled into the wet surface then the ink seemed to skate across the layer of rainwater and dissipate. Atmosphere is a wonderful and unpredictable element in pleinairism.