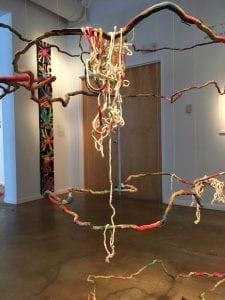 Trained in the precision of graphic design, Kenny learned to let unpredictable mediums lead him down new artistic paths.

A Creative Pinellas Emerging Artist Grantee, Kenny talks with Barbara St. Clair about the gorgeous piece he created after Hurricane Irma, using hundreds of fallen branches from around his house. He describes how he used a wall with an odd-shaped window to construct a view into a starry universe. And he shares his passion for taking what most people would consider trash, and revealing it to viewers as a thing of beauty.

Watch a video of the space diorama here – kennyjensen.com/rhizome-nebulae. 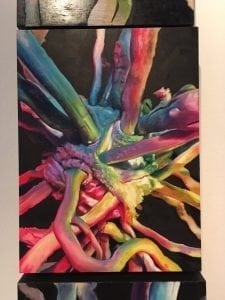 (numbered from the ground up) 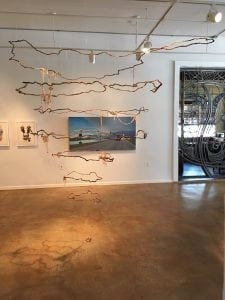 (Number of individual members in each ring numbered from ground up:

The column of 7 paintings on this wall and the 7 floating forms that comprise the installation in the center of the gallery are at a deep level essentially the same. Both are made with broken pieces of dead mangrove trees roots found on an island in Boca Ciega Bay near St.Petersburg, FL. Yet, in their current representations they communicate vastly varied vantage points, interpretive lenses, and stages in development.  It is unclear exactly why and how these trees (that may have formed the island itself) are now dead and hacked down to stumps, but for the purpose of this exploration, it seems like years of human activity, boat traffic and rising water level have contributed to their eventual demise.

The “Bound” paintings are interpretive records of earlier sculptures that rigidly bound these random bits into chaotic, static forms that appeared dramatically different from every angle viewed. One such narrow perspective of each sculpture was captured first through the lens of an iphone and then filtered through the shifting lenses of the painter – twice removed from the original.

Each ring of the “Loosed” installation has been reconstructed from all of the corresponding contents of each previous form once the bindings were removed.  All of the individual, unique parts were meticulously joined together into a connected and pliable whole.

The ever-widening circles loom overhead like the exploded view of depth contours on a nautical map. The stacked paintings become a channel marker to gauge the rising tide. The gallery is a body of water that you are within. 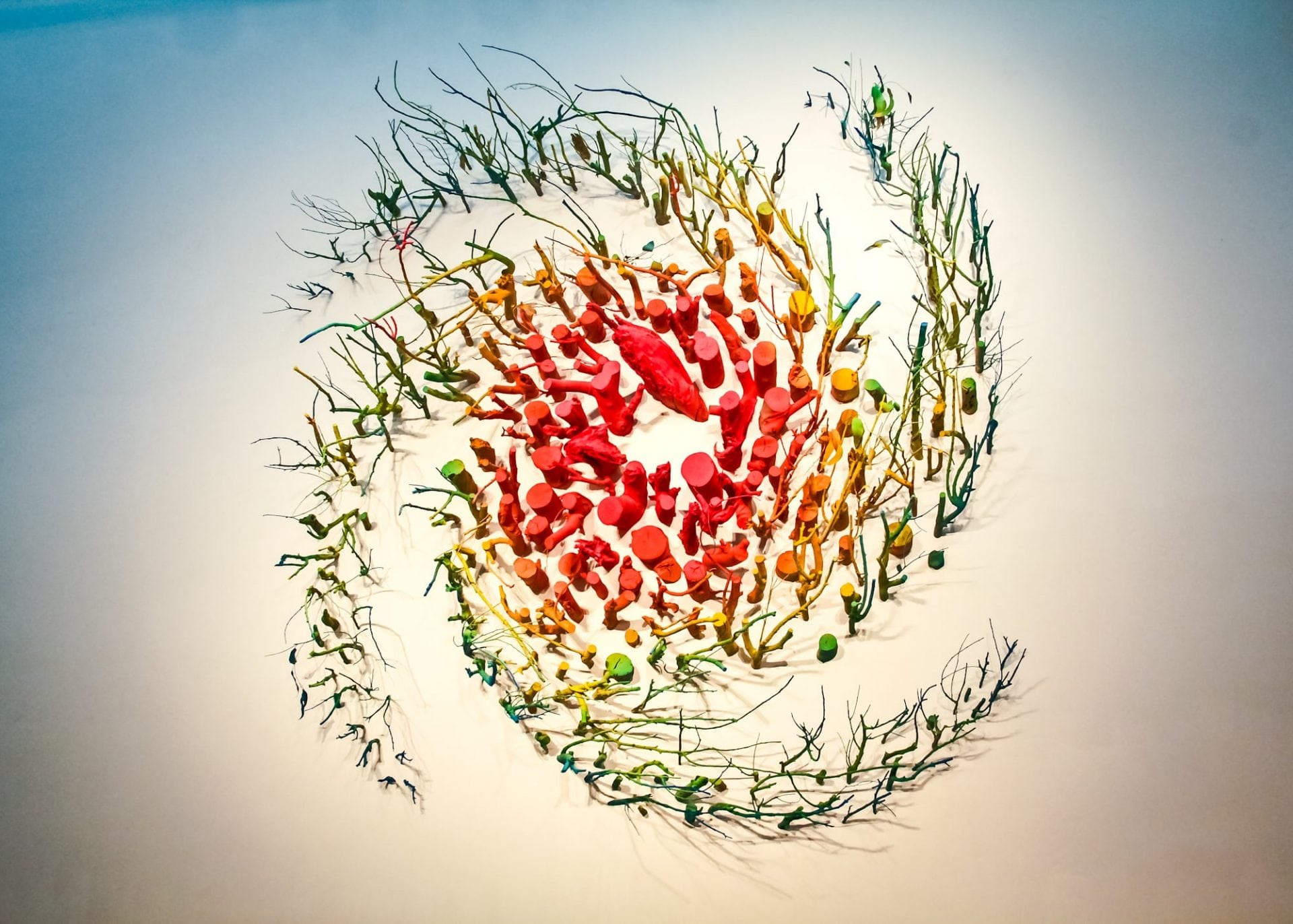 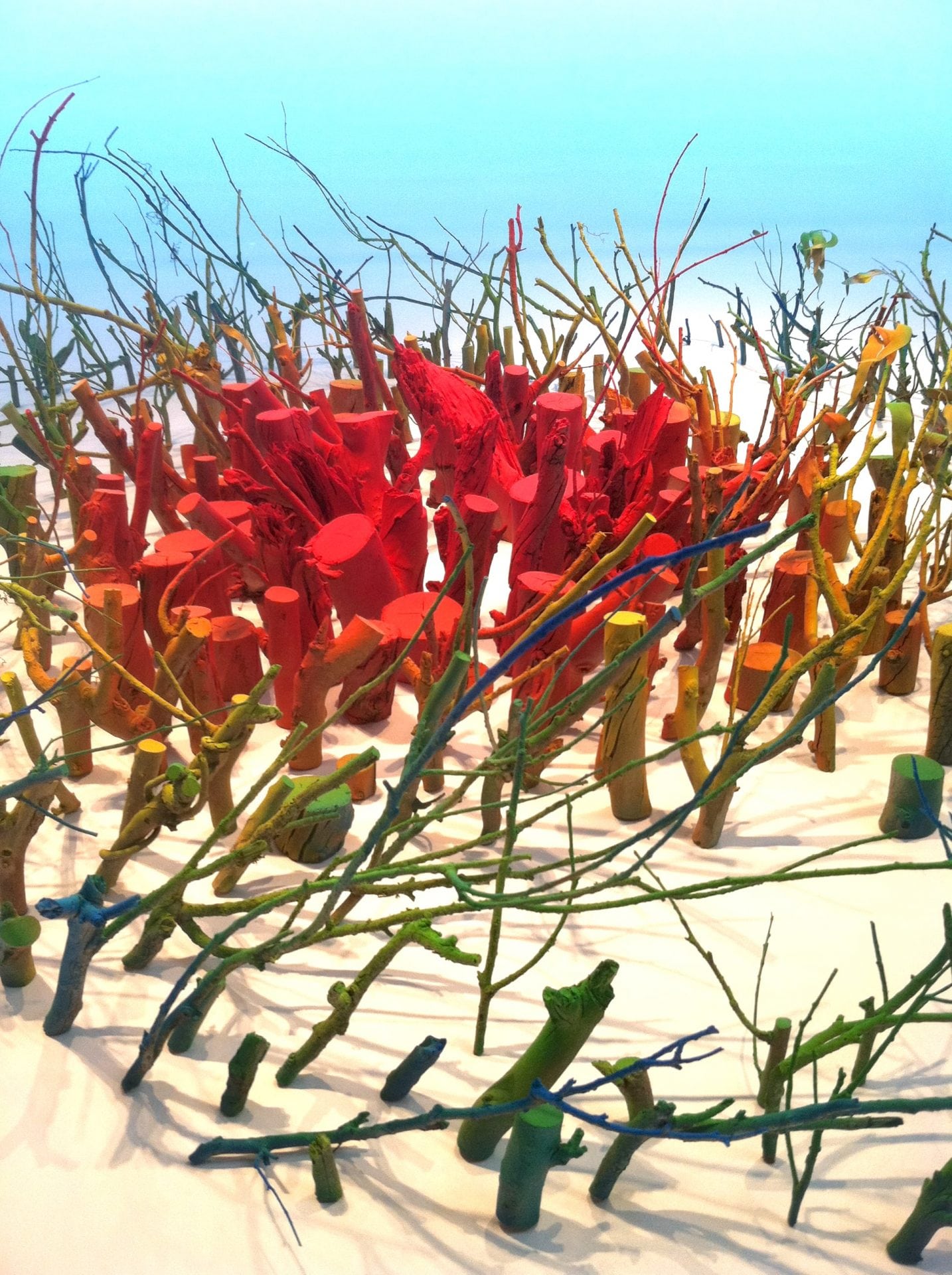 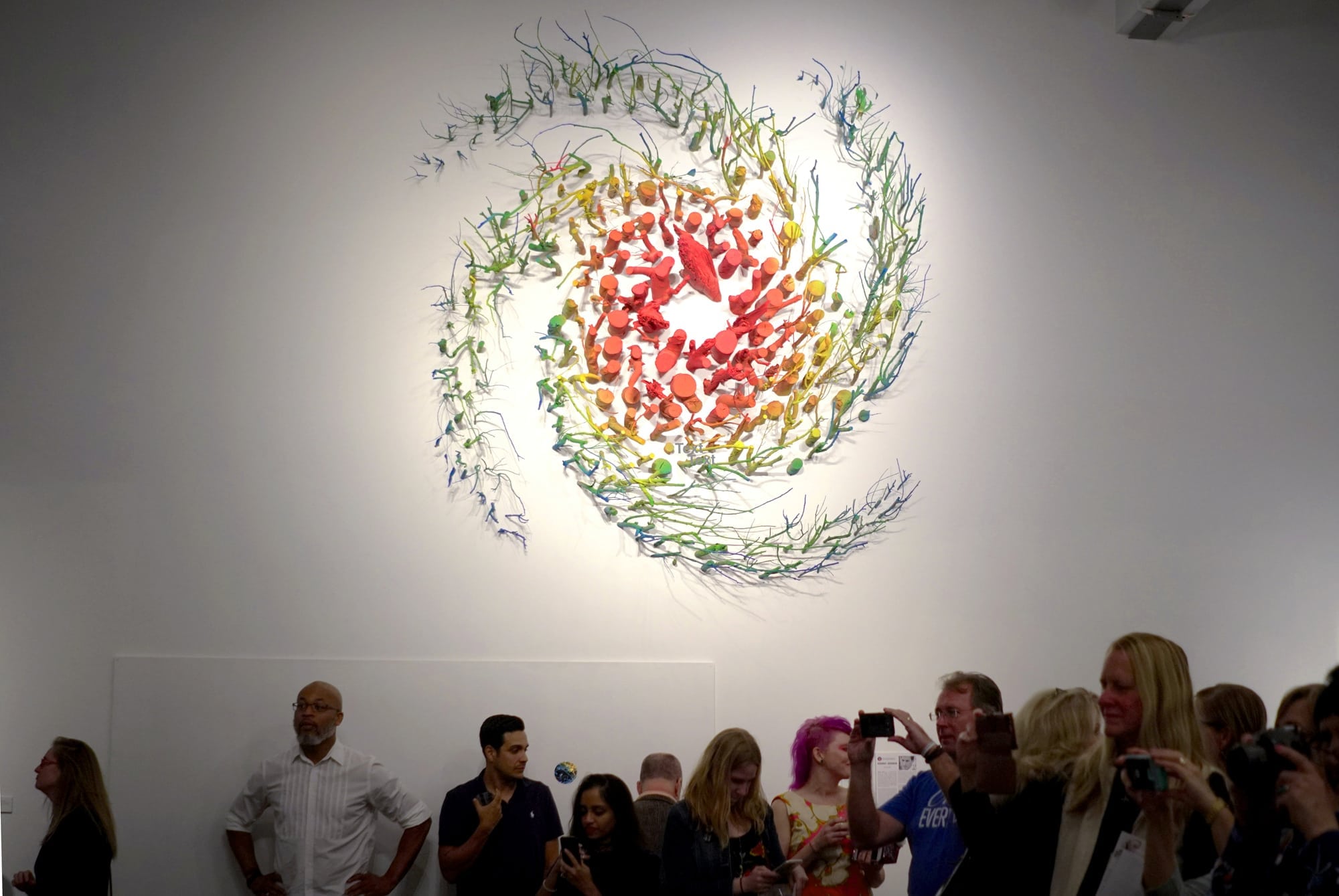 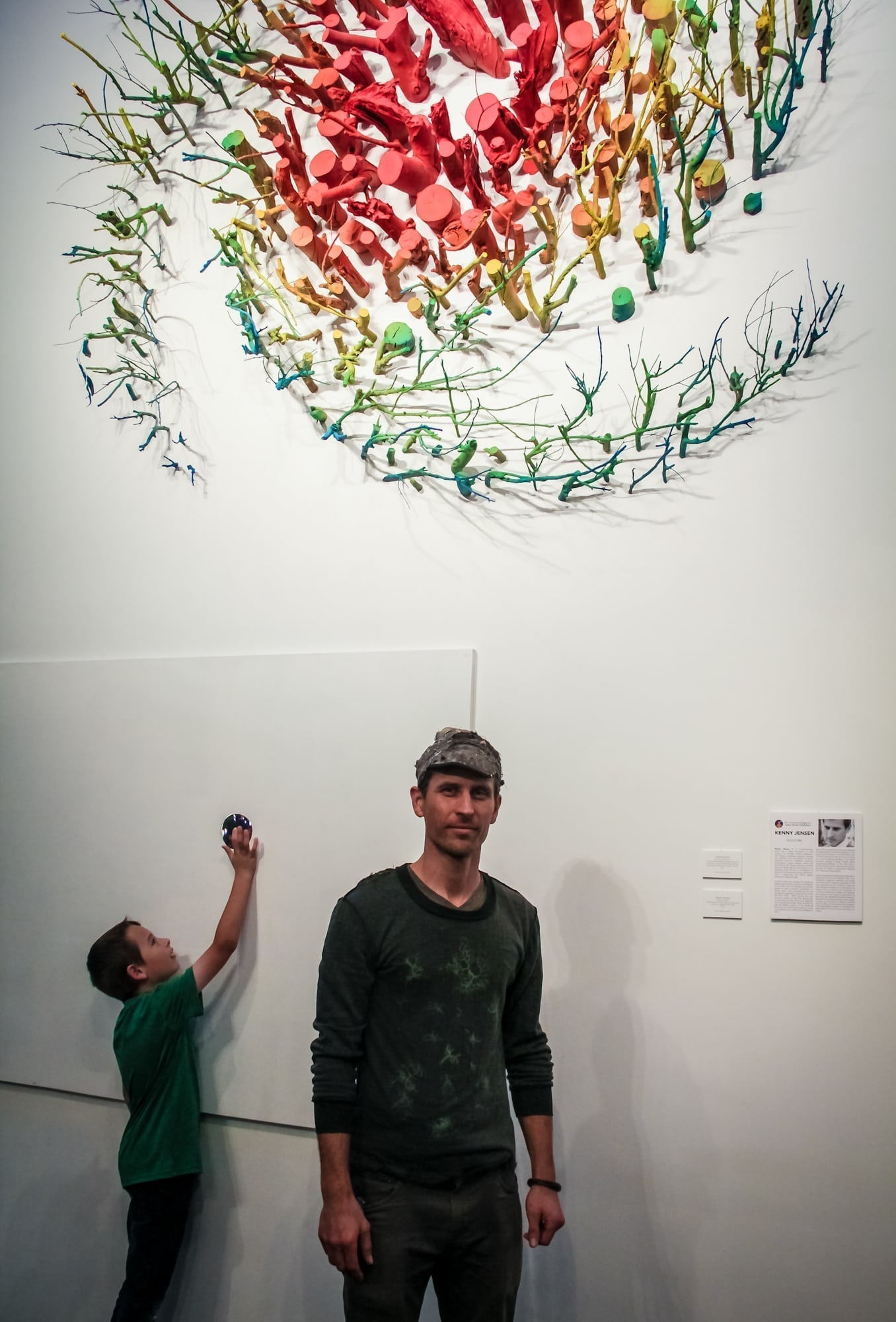 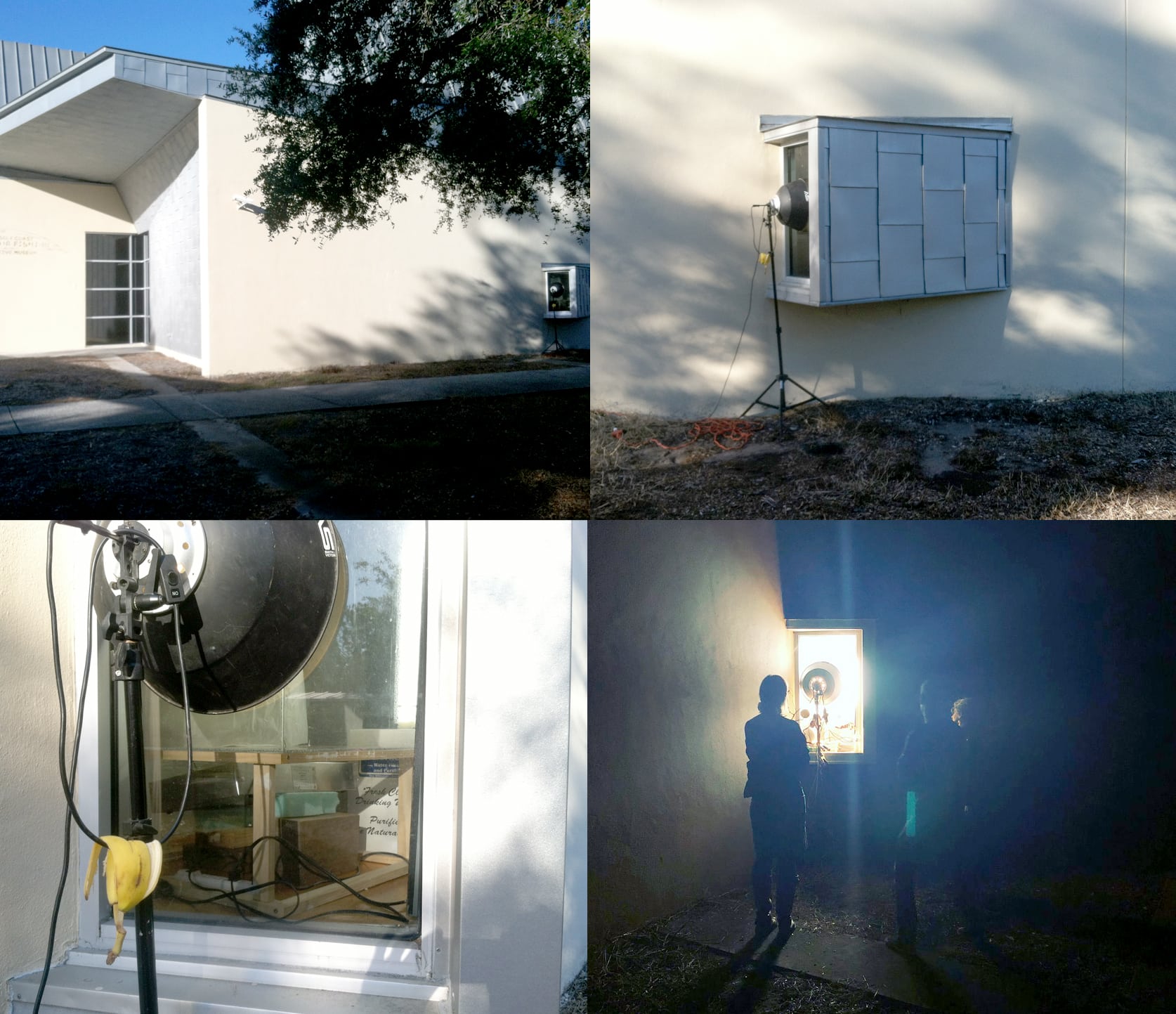 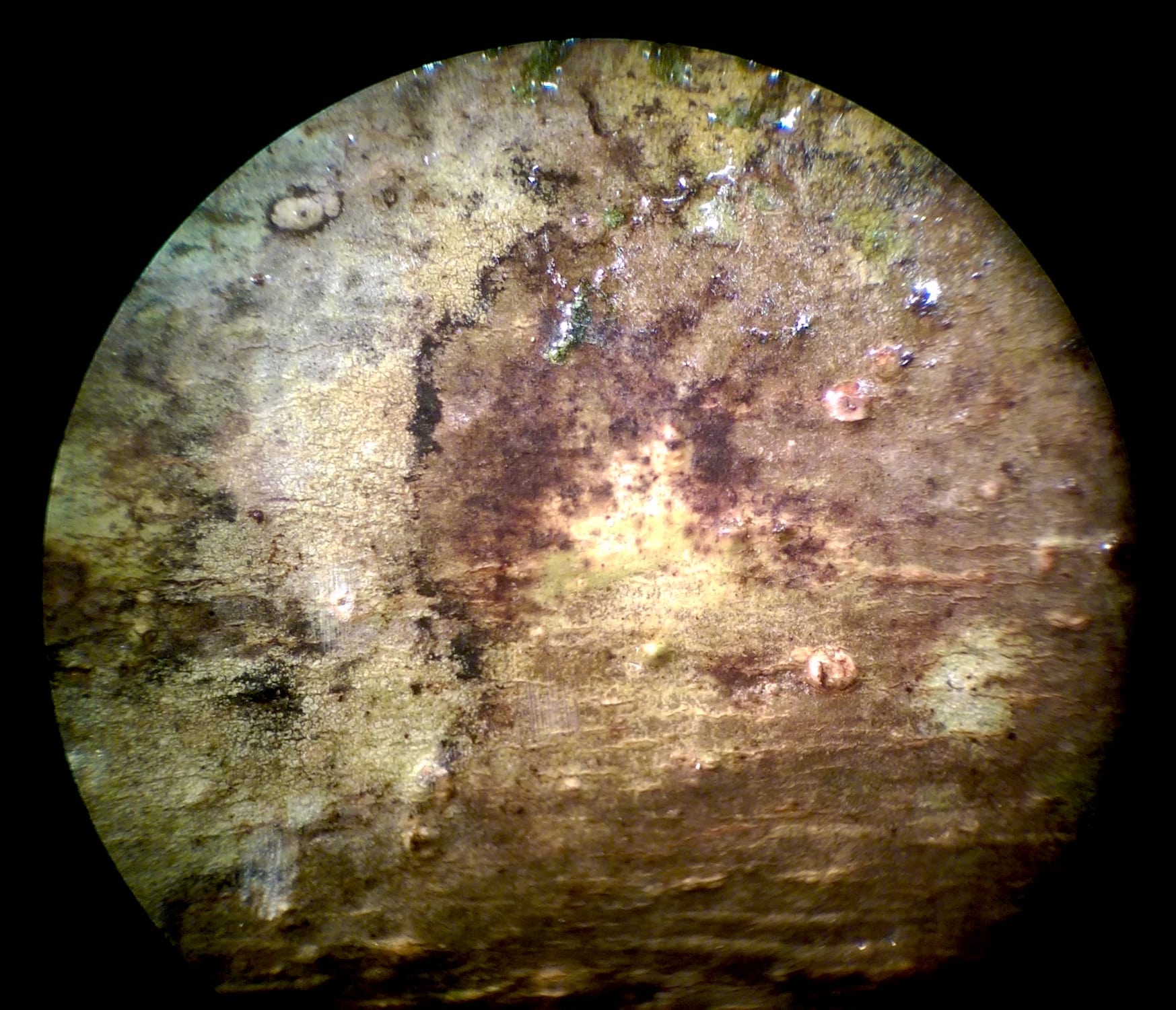 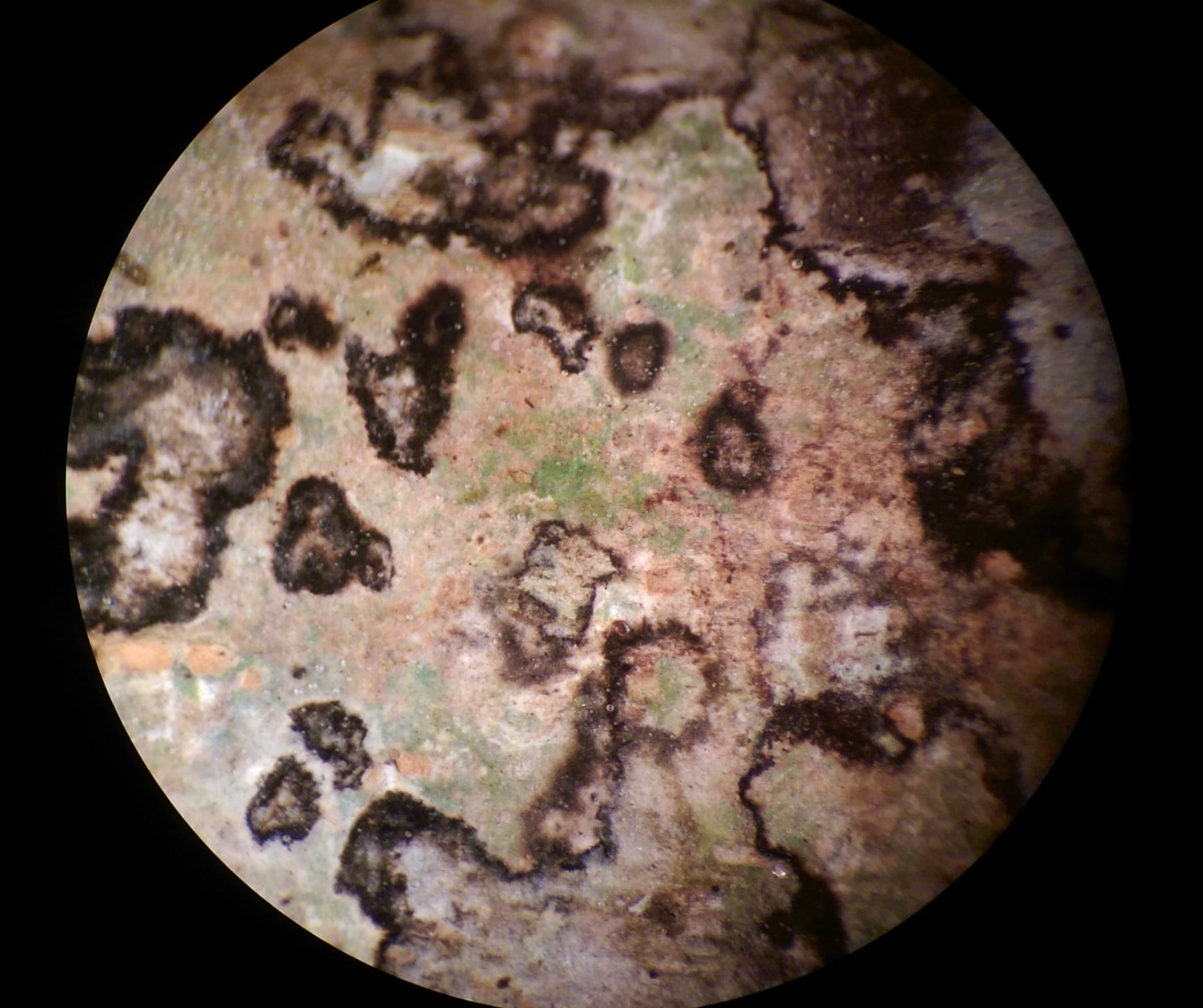 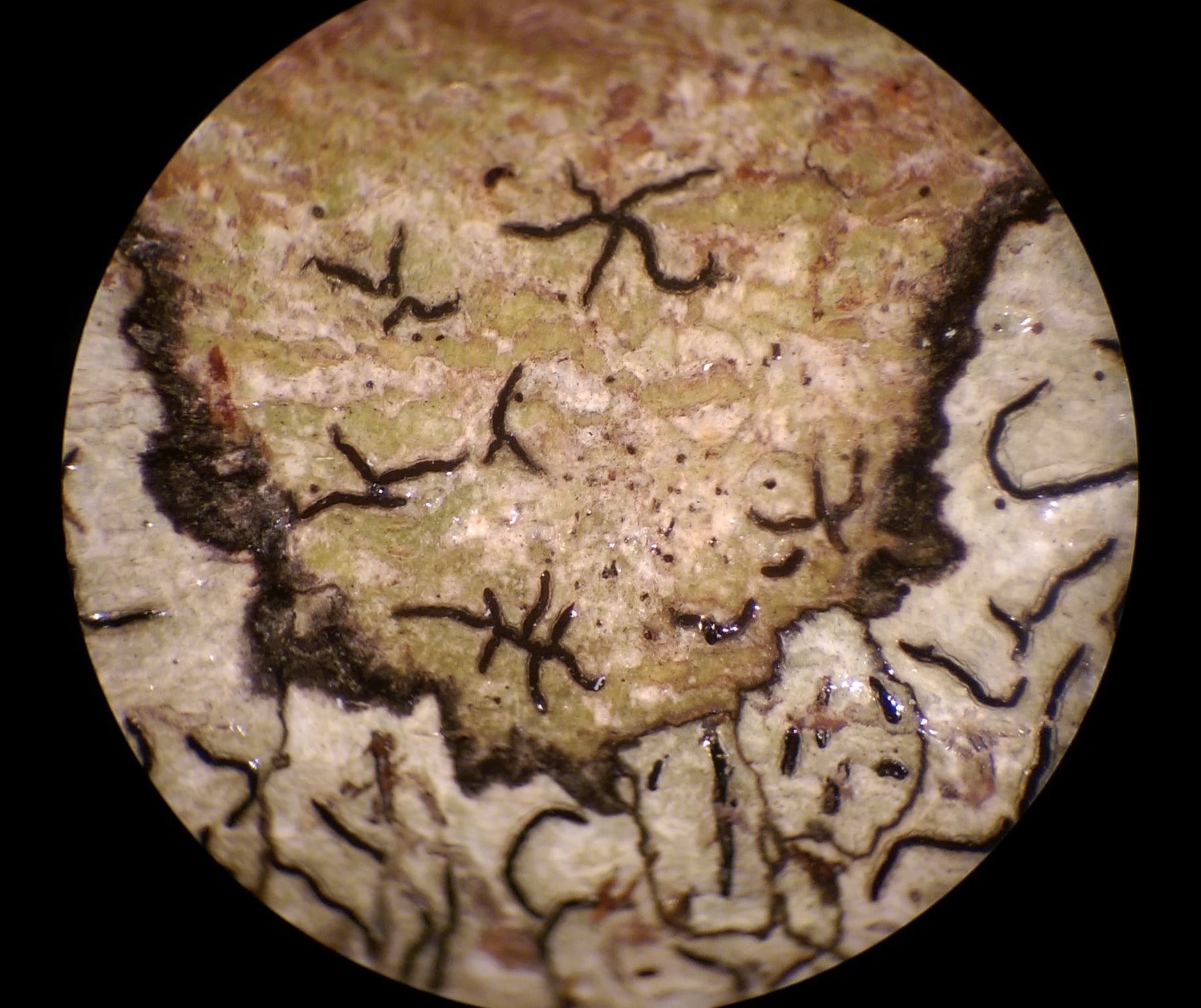 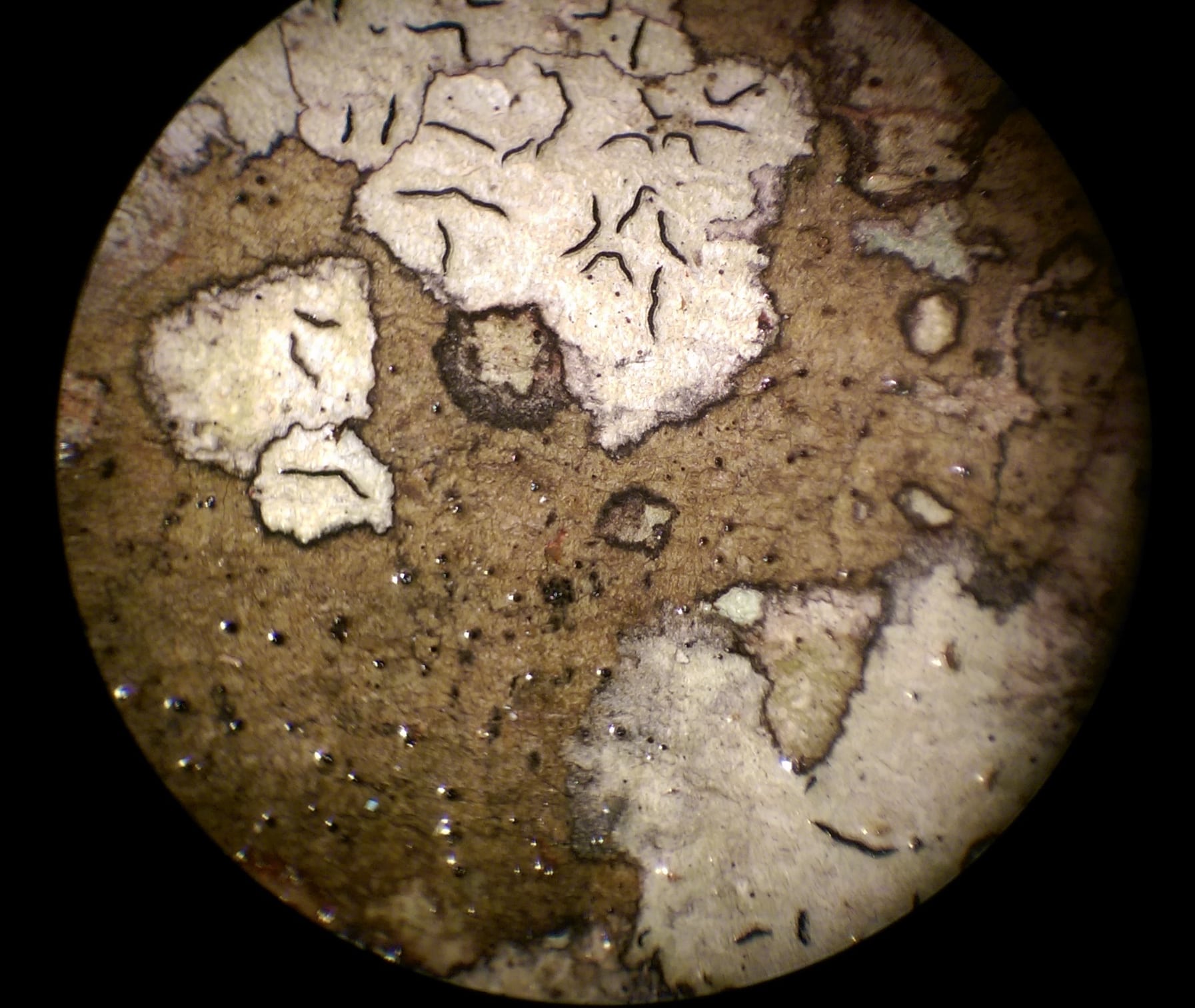 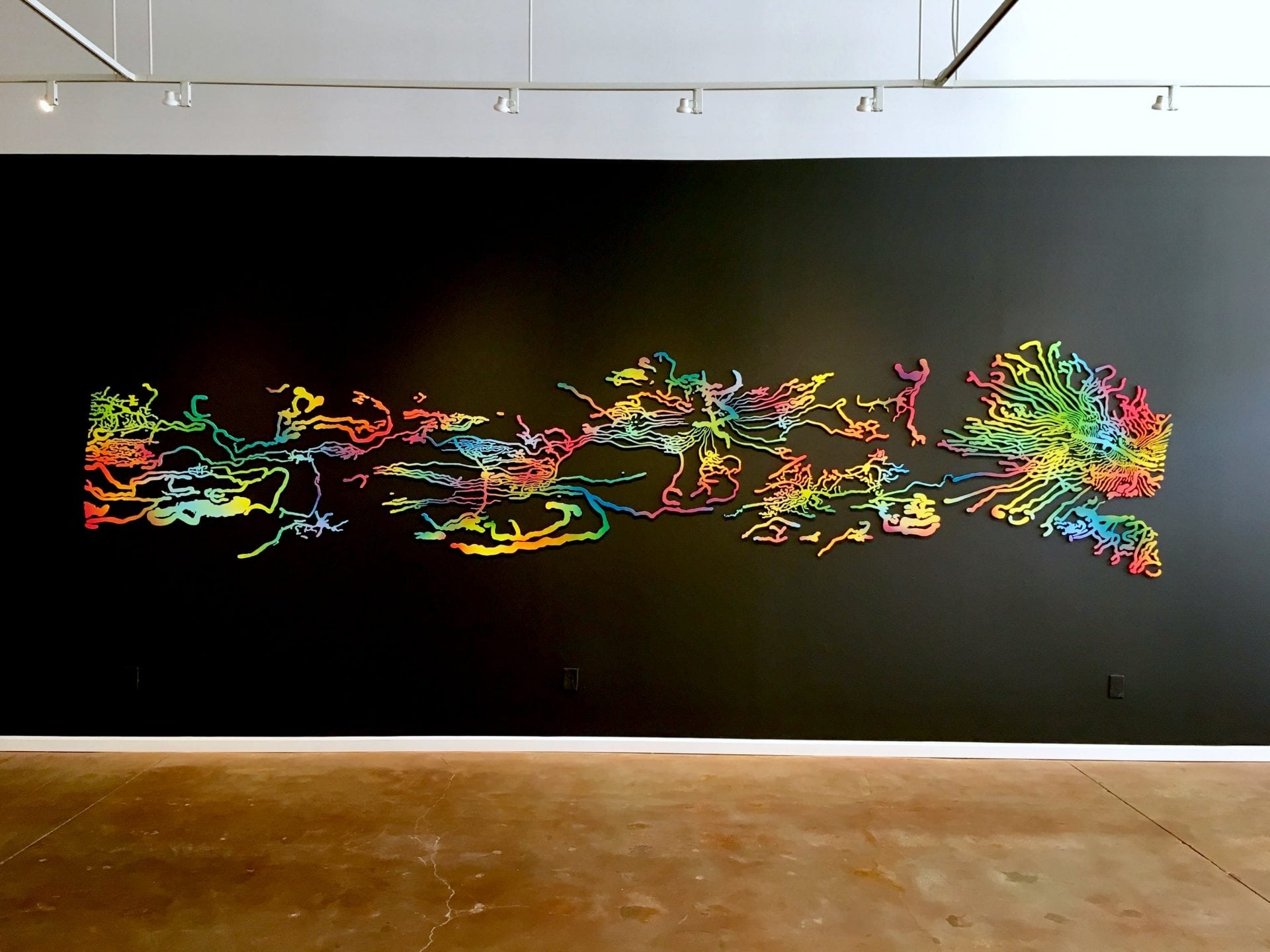 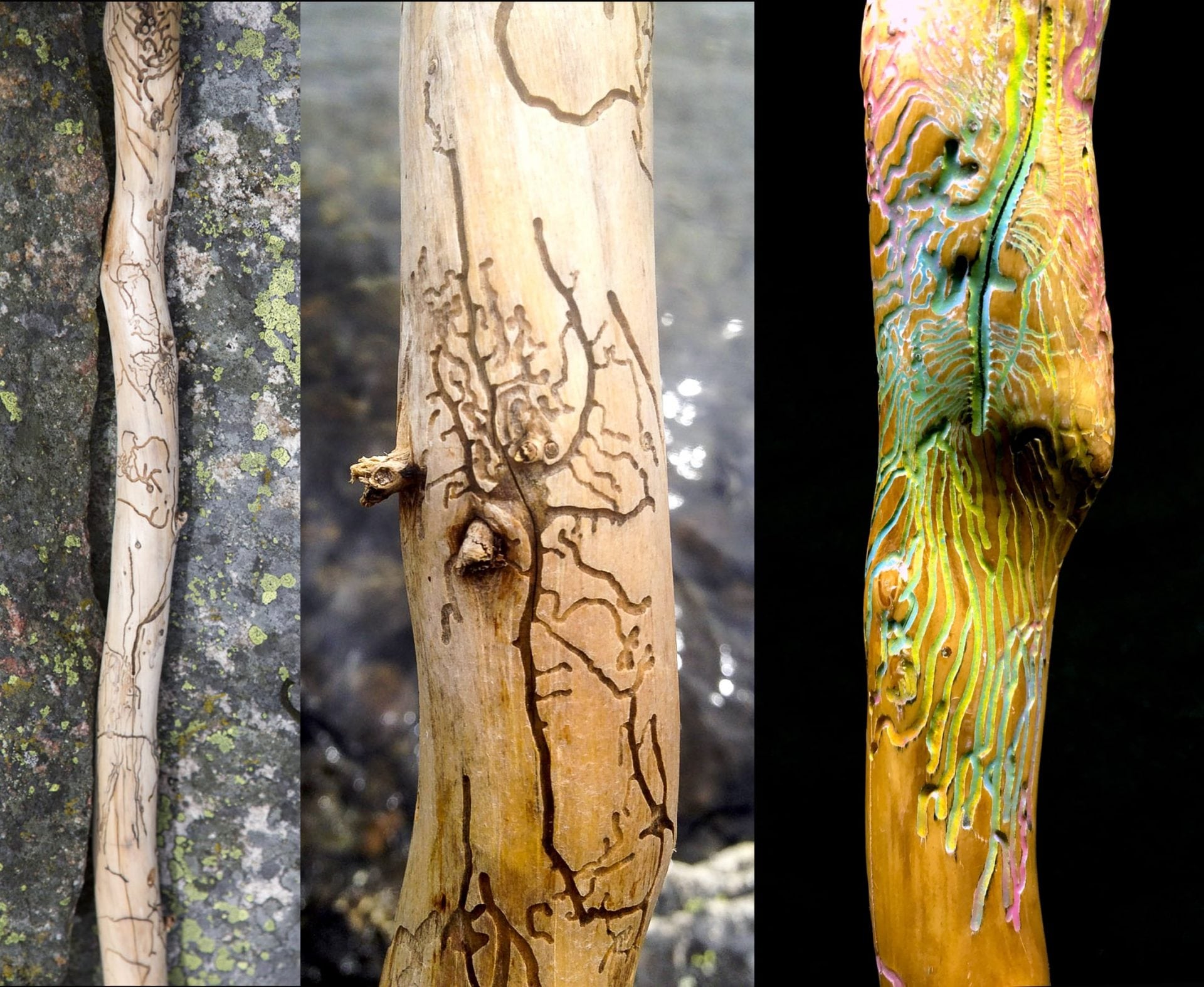 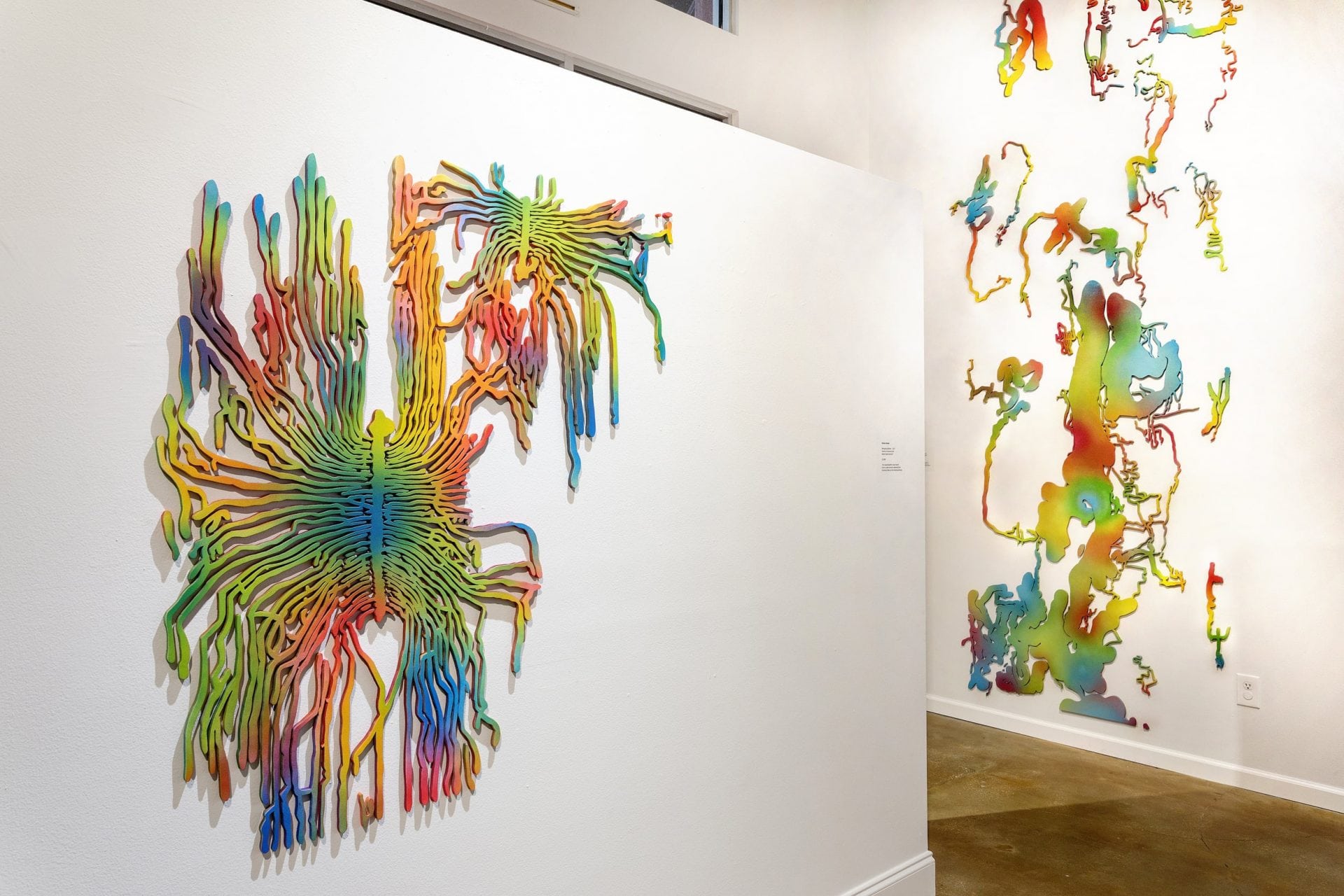 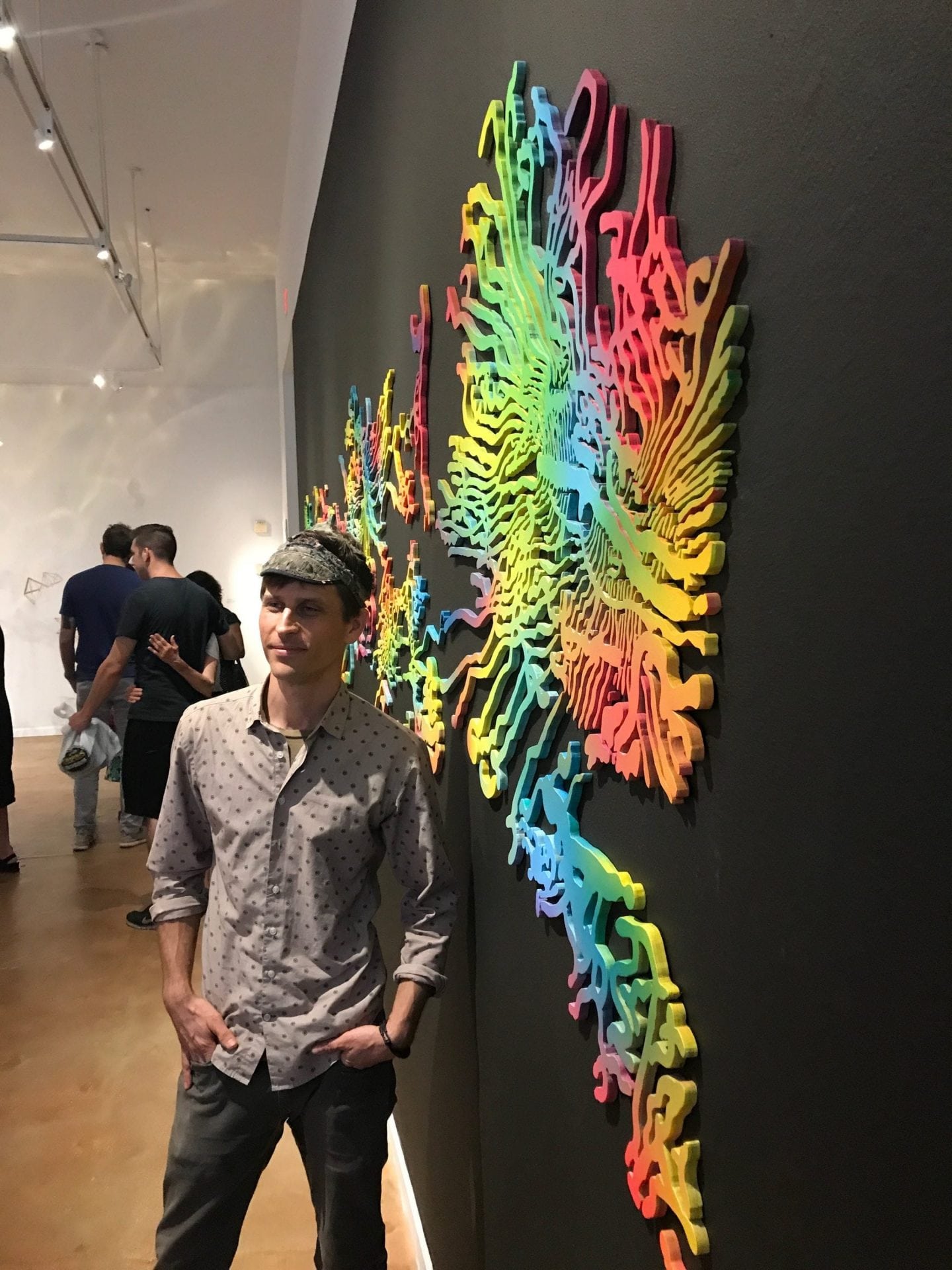