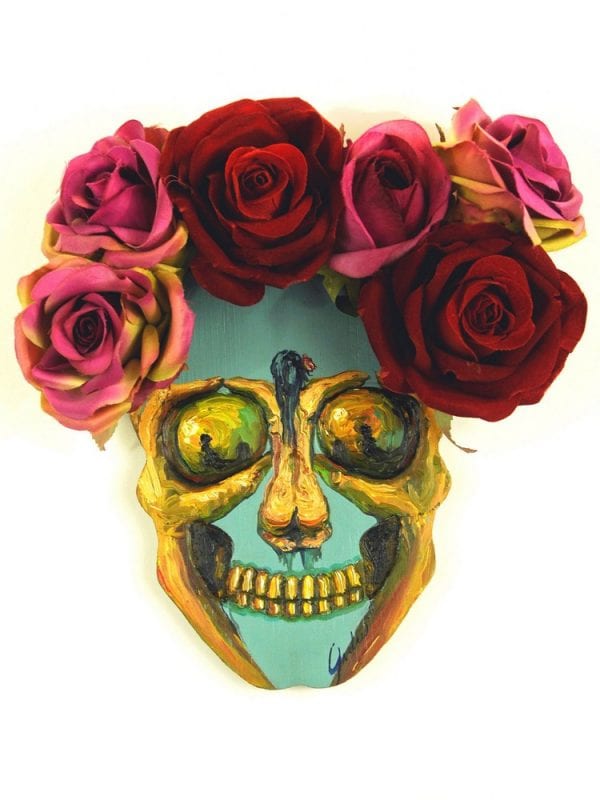 For years Mark Noll — who, in my mind, is kind of famous for his exquisite skull violins — has been wanting to curate a show at Florida CraftArt.

So when Florida CraftArt Executive Director Katie Deits asked him what he’d like to curate a show about, Mark Noll said Day of the Dead. Dia de los Muertos: A Celebration of Life opens with a reception April 6, 2018 at 5:30 p.m. and runs through May 26. 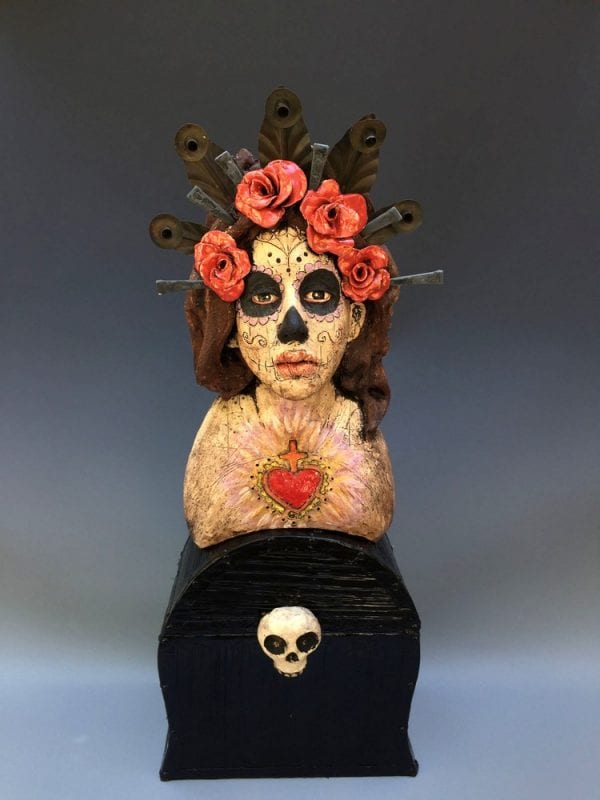 Eva: So you’d been thinking about this for awhile?

Eva: Until it’s there.

Mark: No, I’m kind of anticipating. Trying not to…

Eva: Get too excited?

Mark: Get there too soon. Typically, art openings here in St. Pete, to me — to me — are fairly boring.

Eva: Preaching to the choir.

So Mark went big turning the show into a national juried art exhibit, making lots of connections along the way.

Former MUSE Art Award-winner Carrie Jadus must have been surprised when actress Jane Seymour bought her sugar skull piece a few weeks before the opening. All pre-sales will still hang opening night and for the duration of the show.

The exhibition breaks down into two parts. One is the national invitation which drew in 65 pieces of artwork from 42 artists, a lot of mixed media with a large variety of materials, fiber art, ceramic, paint. Second, Mark gave out 170 blank sugar skulls and 160 of them returned from 135 different artists. There’ll be face painters and masks for sale. And because food is an important part of any Day of the Dead celebration, he bought over 50 pounds of dark Belgian chocolate all in little skull shapes, Mexican sugar skull cookies, skull-shaped cakes and cupcakes.

“I’m doing that because I want to; I’m not doing this show to make money,” he said. “One of the traditions of day of the dead is eating, and you eat the favorite foods of the people that have passed, you leave food offerings, and so food is a big part of it.

Part of his heritage is Mexican Catholic, Mark said, and in Mexico they have a saying you die three deaths. First is when your body fails, the second is when your body is put in the ground and the third and final death is when you’re forgotten, when nobody speaks your name. “It’s about keeping those that we love alive and remembering them and talking to them,” Mark said. “And they’re not gone, they’re here with us. So anybody who’s had any impact on your life, they’re a part of you. And we need to honor those people more. That’s one reason I really wanted to do the show.” 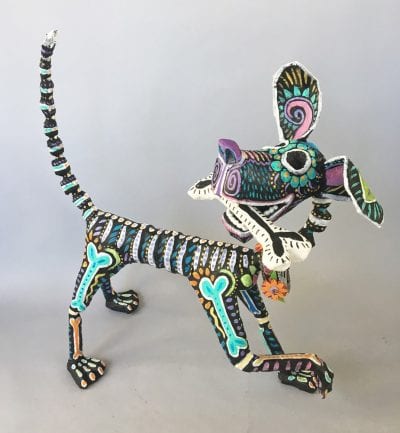 Death is a big part of Mark’s life — he said he thinks about his late mother all the time, who died when he was 24 from cirrhosis of the liver.
He didn’t go to her funeral. “Because that’s not her they’re putting her in the ground,” he said. “I’m not going to stand around and pretend like I’m sorry, because I was glad she wasn’t in pain anymore.”

He plans on having an altar there for his mom and all deceased loved ones and people can add to it. 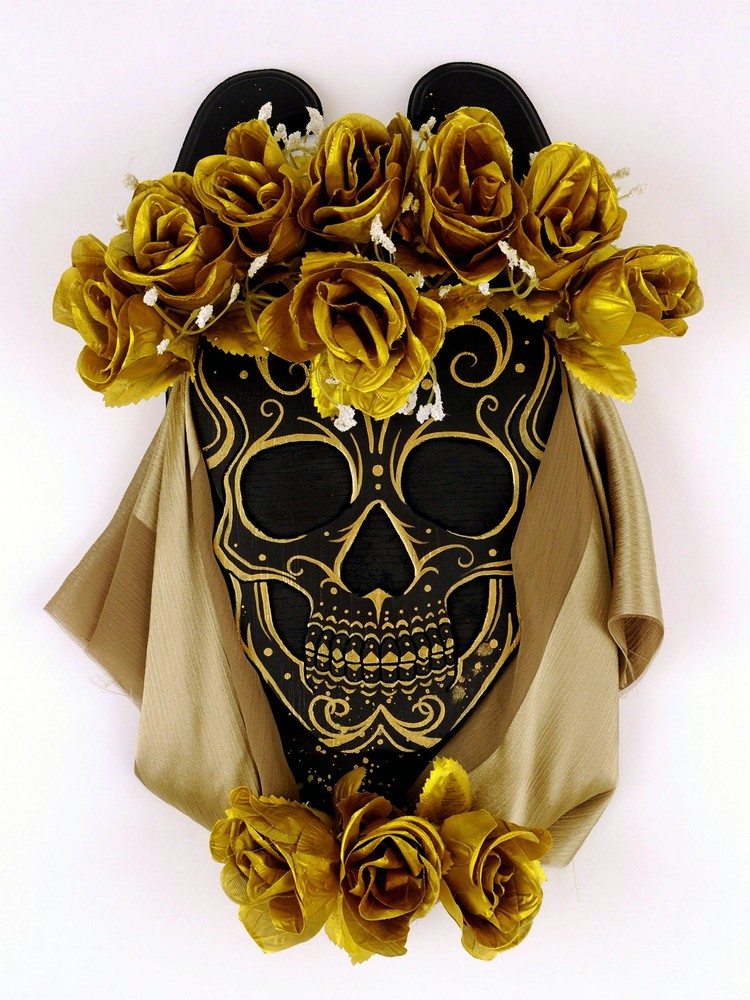 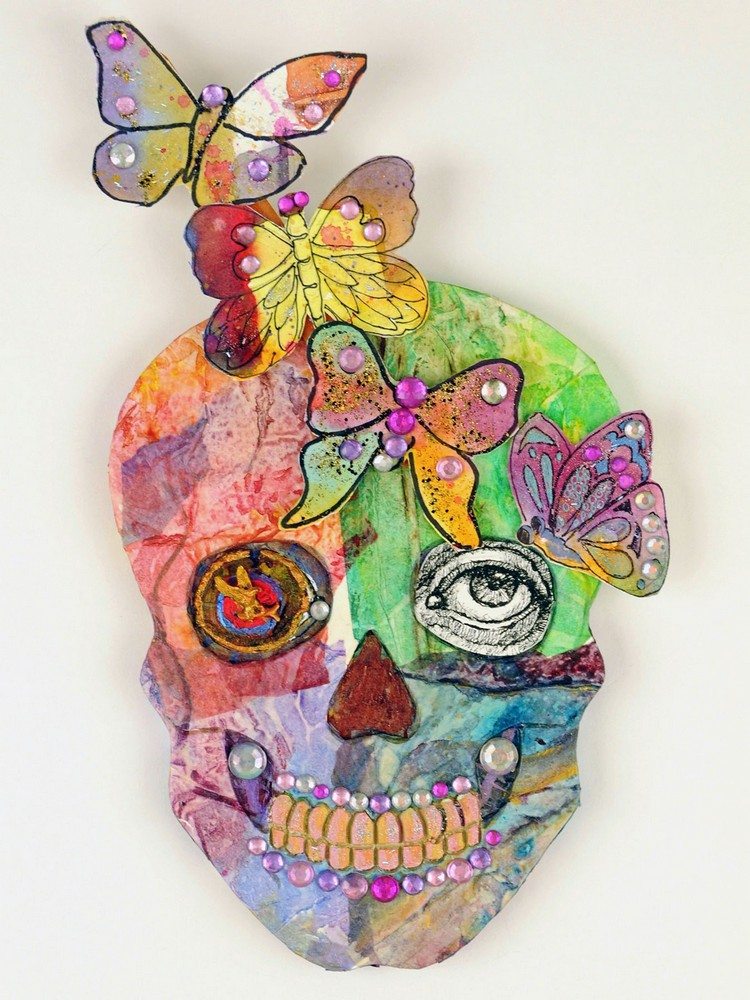 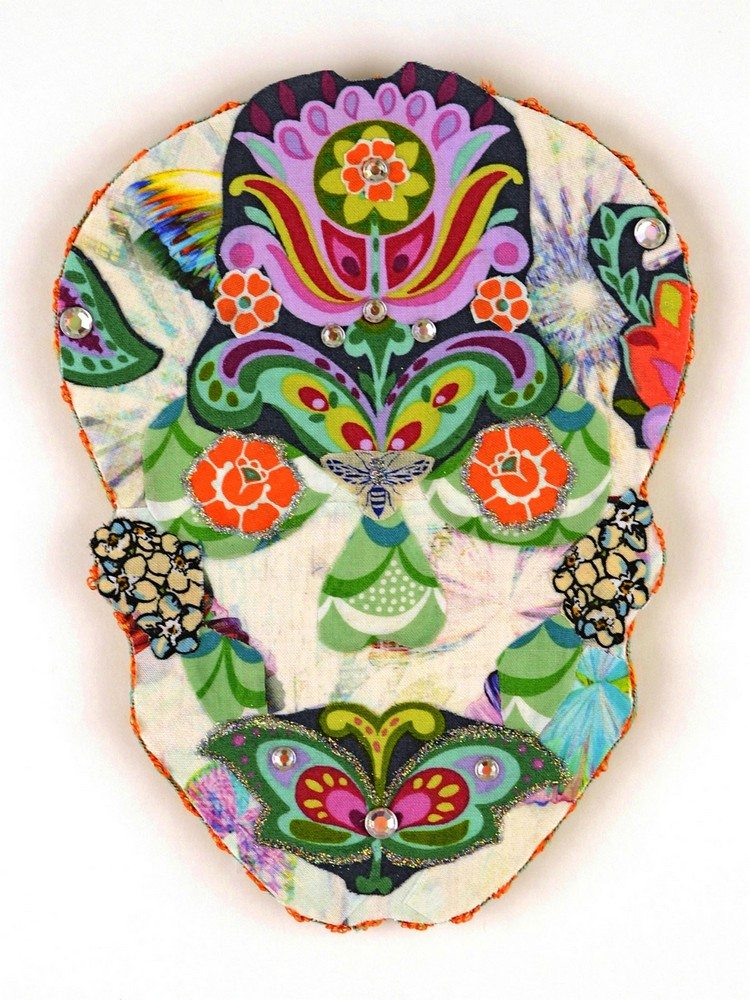 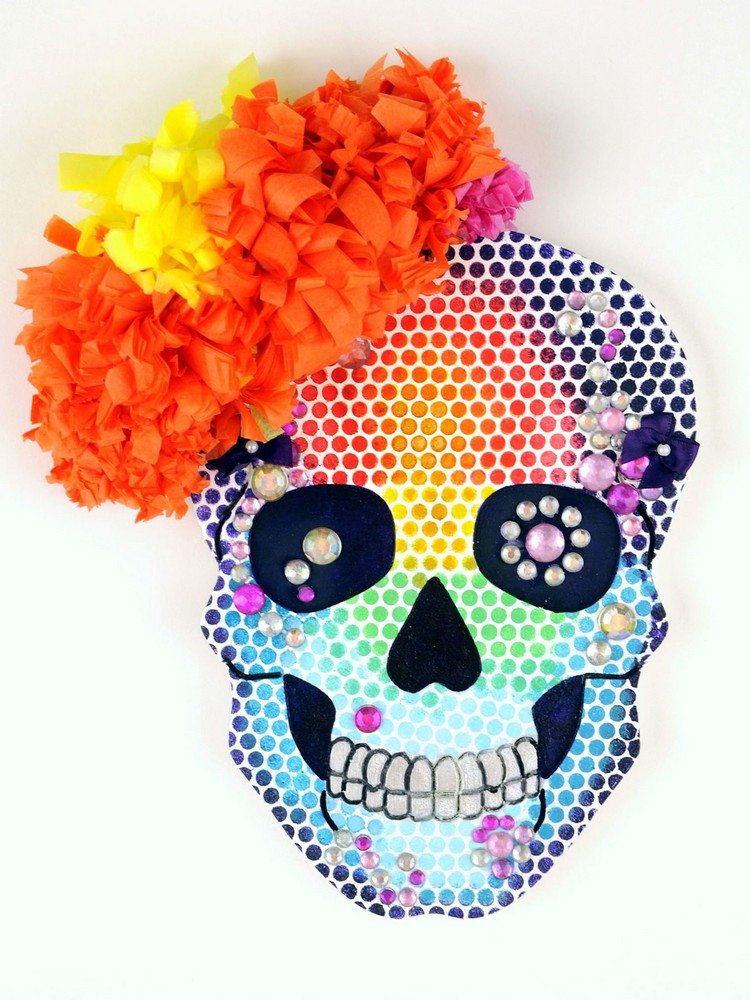