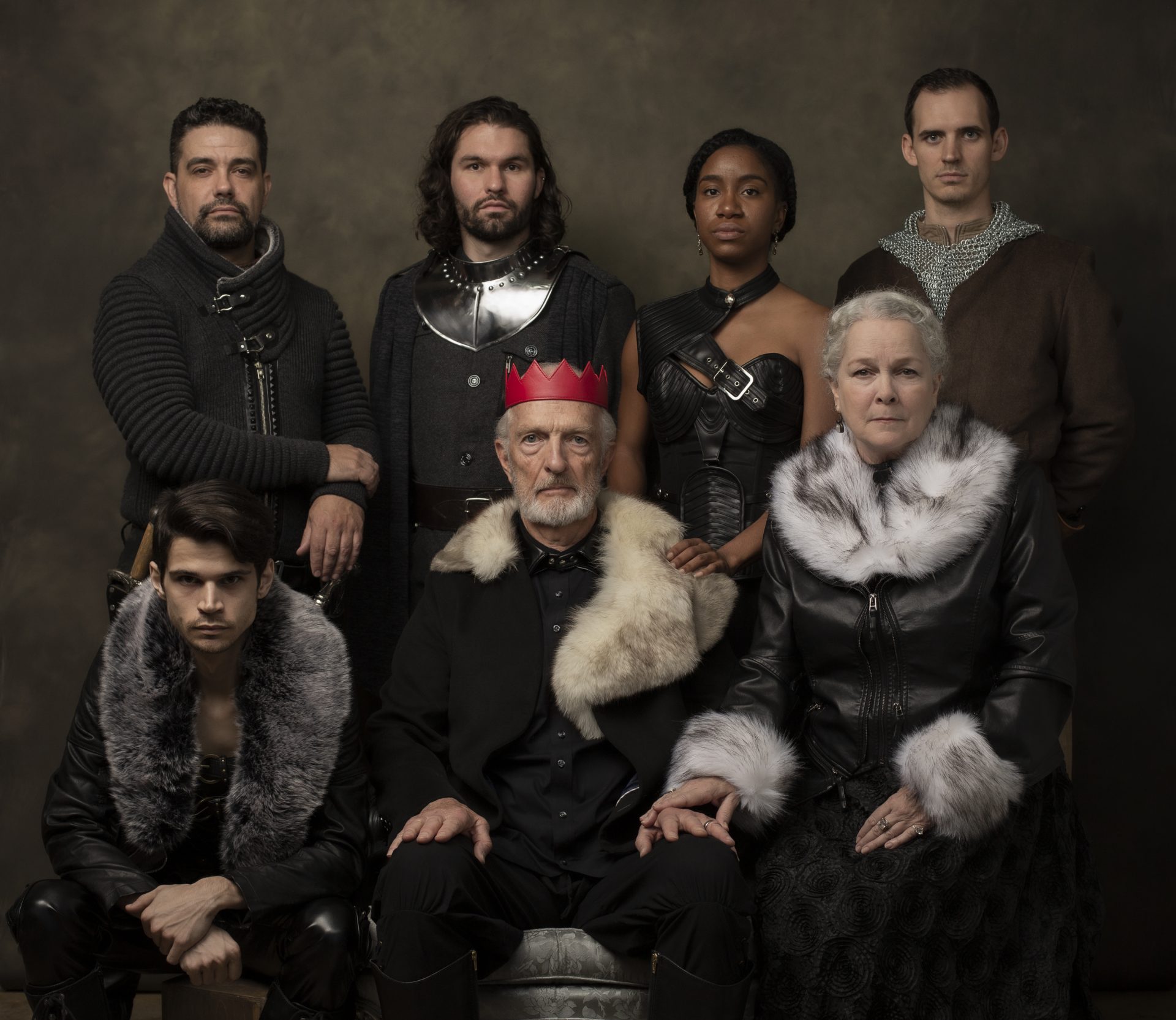 A Royal Tannenbaum
at freeFall Theatre

Family dysfunction, holiday carols and intense period drama saddle up to a buffet of delicious wit in freeFall’s The Lion in Winter.

Some may recall the movie adaptation starring Katherine Hepburn, Peter O’Toole, Anthony Hopkins and young Timothy Dalton (two whole decades before he was James Bond). The lauded film won seven Academy Awards in 1968, including Oscars for Best Picture and one for late playwright/screenwriter James Goldman.

Several of Goldman’s scripts blend contemporary sensibilities with historical narrative. He penned the screenplays for Nicholas and Alexandra, Robin and Marian and plays Oliver Twist, Anna Karenina and Anastasia: The Mystery of Anna. His Russophilia even extended to the cold-war buddy film White Nights in 1985, which starred Mikhail Baryshnikov and Gregory Hines and featured Lionel Richie’s classic ballad “Say You, Say Me” as its theme.

We can also surmise, judging from the aforementioned works, that Goldman knows how to call out the ruling classes and bring people together with seemingly irreconcilable differences.

As for his Plantagenet fam of the 12th century, acrimony is the tie that binds — and strangles.

Set in 1183, The Lion in Winter transports us to an imagined Christmas Eve at King Henry II’s castle in Chinon, France. His namesake has perished, and his three sons (compared jokingly to the Fred MacMurray sitcom My Three Sons during the curtain speech) duke it out for a turn at England’s crown.

Henry has made a chess game of the competition while confronting his own mortality. Meanwhile, his prisoner-wife, Eleanor of Aquitaine, imprisoned for inciting a rebellion (which really happened), returns to rekindle bonds and cause trouble between her sons and muck things up between Henry and his mistress (a French princess promised to son Richard). Of sons Richard the Lionheart, John and Geoffrey, she admits she doesn’t like them very much.

Underneath all the tension and ego, the play sips from rivulets of humanity, affection and neediness, which mirror to some degree the ambivalent bonds we all wrestle with in our own families.

As Eleanor puts it, what family doesn’t have its ups and downs?

The royal couple (Joe D. Lauck as Henry and Stephanie Dunham as Eleanor) sell us on their not-quite-dormant love for one another while stabbing each other, almost literally, in the back. Lauck didn’t compel at first but eventually won over this reviewer with his nuanced performance. Dunham is a fabulous matriarch through and through.

They and others in the cast dispatch some clever lines, like “In a world where carpenters get resurrected, everything is possible” and “I’ve given up the looking glass — quicksilver has no sense of tact.”

Eric Davis perhaps gives us the most dynamic performance, portraying Richard with bravado and charisma while burdened by male identity issue and salacious secrets. Joseph Michael-Kenneth is a perfectly conniving middle child, overlooked by his parents (and looking unnervingly like Jon Snow from Game of Thrones). Robert “Spence” Gabriel effectively plays John as a weasley, desperate drunkard and imbues a slithering physicality into his role.

Rob Glauz and Alicia Thomas play the French royals with their own quieter dysfunction. Thomas as Alais provides a surprising moral foil and voice of reason throughout the show.

The production staff is also on point. With an alley stage setup (stage splitting the audience, with both halves facing one another), freeFall adds polish and finesse to set changes — and holiday entertainment — as the cast harmonizes on medieval Christmas carols during set changes. Speaking of music, Michael Raabe does another fantastic job scoring the show, and Stephen Kraack’s sound design and Shawn Irish’s lighting at once impart an ominous and castle-like setting with punctuation at just the right moments.

Tom Hansen’s set comprises wooden arches with candles glowing on the tops, similar to what would frame a medieval castle’s corridor. The arches lower and are used as tables and other setpieces.

In addition to joining the cast, freeFall’s artistic director and multitasker extraordinaire Eric Davis also designs the costumes, which are at once olde-fashioned and comically contemporary, S&M/biker touches and all.