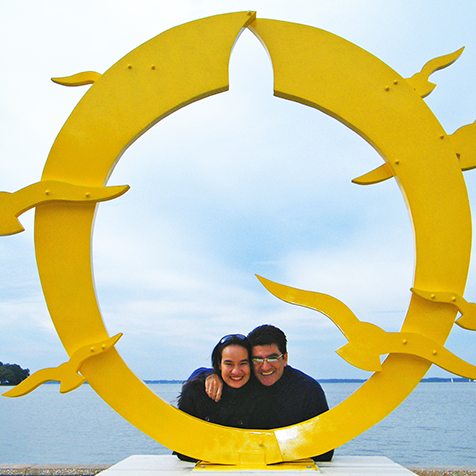 Gus & Lina Ocamposilva are a sculpting duo focused on public installations crafted from aluminum. Though Gus is a native of Colombia, the couple’s brightly-colored and dynamic works capture a particularly Floridian energy and love of life.

Gus Ocamposilva studied murals at Massana School in Barcelona and Painting at Barcelona University. He and his wife began actively participating in public art competitions ten years ago. Since then, they have built and displayed pieces in cities across North America, including New York, Chicago and Phoenix as well as many sites across Florida.

They have received awards and grants for their work from Pinellas County, the city of Ocala, the city of Atlanta and the Hispanic Alliance of Tampa Bay.

During the grant period, Greg plans to give some local readings, some accompanied by his cellist daughter. He would also like to do a more public recreation of a reading he orchestrated at SPC called In Their Own Voices: Veterans Read Poems by Veteran Poets. A cancer survivor, Greg would also like to arrange a workshop to help other cancer survivors write about their experiences. 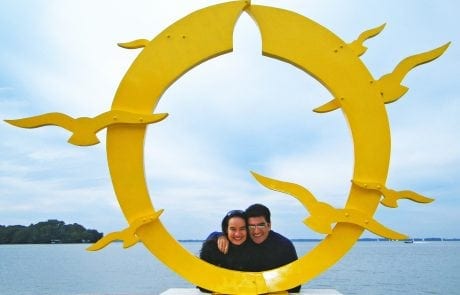 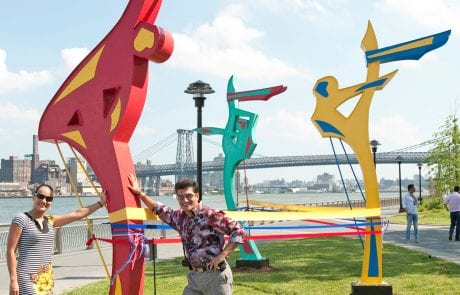 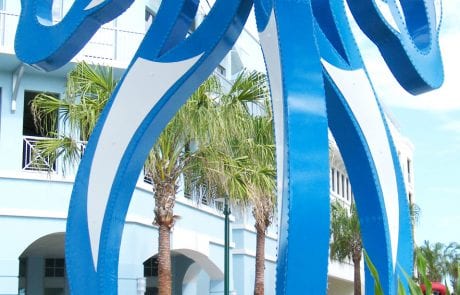