Google Map
350 2nd Avenue North
St. Petersburg, FL 33701 United States
Williams Park is St. Petersburg’s first park and encompasses an entire city block between 4th and 3rd Streets North and between 2nd and 1st Avenues North. Founded in 1888 and originally named “City Park,” it was changed to Williams Park in honor of the founder of St. Petersburg, John Constantine Williams Sr. The park is the center of the downtown business district and has been the venue for numerous political and civic rallies and celebrations for more than one hundred years. The bandstand plays a prominent role in the park and one has been there since 1894. The modern bandstand in the park was designed in 1954 by St. Petersburg architect William B. Harvard, whose work also includes the St. Petersburg Pier. In 1955 it was the recipient of the Award of Merit from the American Institute of Architects. It is used for outdoor concerts during the noon hour and on weekends.
Share this article with your network: 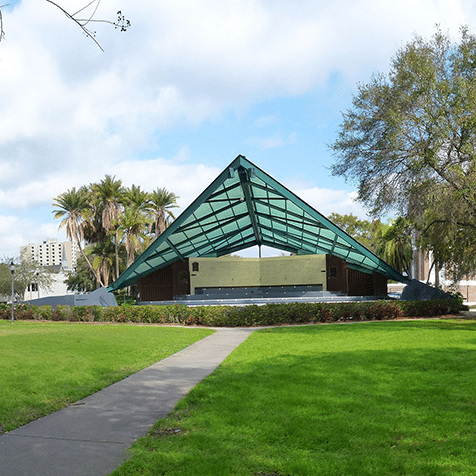