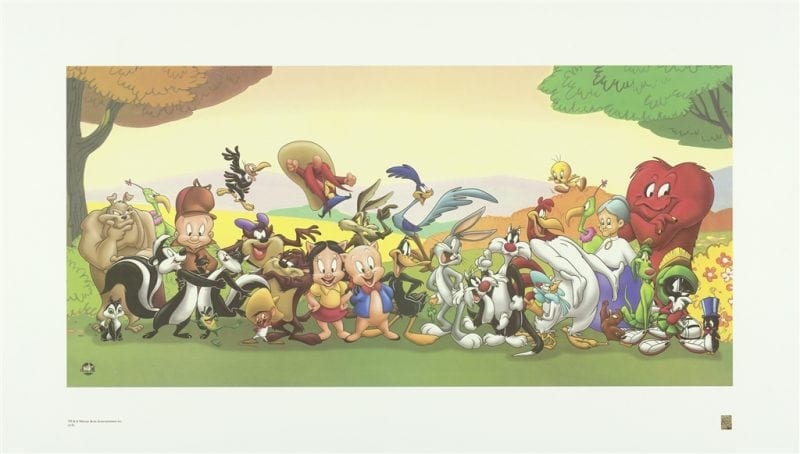 “Warner Brothers Gang” (2015). Seriolithograph in color on paper. This and other prints are available at Park West Gallery, parkwestgallery.com.

Recommended readings — Animation through the years

Delve into the history and personalities of America’s most beloved cartoons. 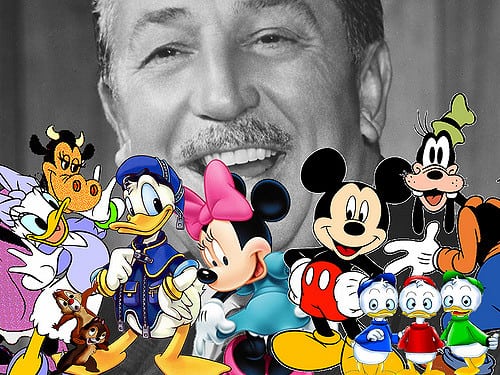 When considering the art of animation’s vast history, Floridians need to look no further than their own backyard.

Though Walt Disney Animation Studios was founded in California, where it’s headquartered, the Sunshine State is a haven for fans of Mickey Mouse and friends. Walt Disney World’s first theme park, Magic Kingdom, opened in Lake Buena Vista, Florida in 1971. From there, the complex grew quickly, outpacing its California counterpart as a place to celebrate Disney’s iconic animated characters and movies.

It wasn’t until the late 1980s, though, that Disney Studios opened a satellite animation studio within the Florida theme park. This Central Florida studio was behind films such as Mulan and Lilo & Stitch, and through its early relationship with Pixar Animation Studio, as Pixar’s distribution partner, animated features such as Toy Story, Monster’s Inc. and Finding Nemo. (Disney went on to acquire Pixar in 2007.)

The Lake Buena Vista animation facility, located in what was then called MGM Studios (now Hollywood Studios) at Walt Disney World, closed in 2004. Before its closure, those visiting the theme park could tour the studio for a behind-the-scenes look at animators as they worked.

For those interested in learning more about Disney history, culture and art, there are hundreds of books on the company. 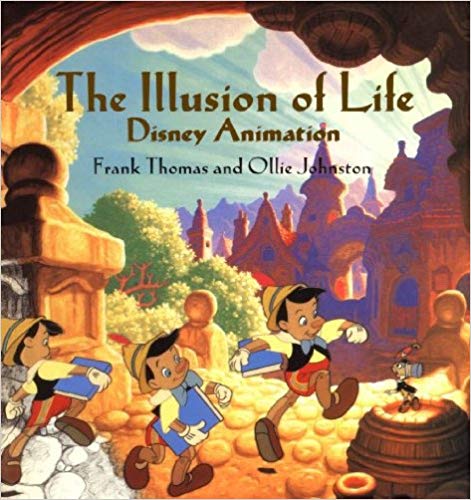 In The Illusion of Life: Disney Animation, first published in 1981, two of Disney’s original animators, Ollie Johnston and Frank Thomas, join forces to share the history and philosophy of Disney’s Golden Age of animation. The book features hundreds of illustrations, some in black and white, many in color, and is considered “essential for film collections and a feast for the most casual peruser,” according to the Library Journal.

Meanwhile, Before Ever After: The Lost Lectures of Walt Disney’s Animation Studios, published in 2015, offers a collection of rare and unpublished lecture notes, photographs and drawings indicative of Walt Disney’s love of learning and the workplace culture he established.

The stunning coffee table book The Walt Disney Film Archives XXL: The Animated Movies 1921-1969 will also be of interest to Disney fans. Published in 2016, the first volume in a series spanning Disney’s vast history, this book features more than 1,500 essays and images by Disney experts and artists.

Those interested in learning about the lives of Disney artists, should check out Before the Animation Begins: The Art and Lives of Disney Inspirational Sketch Artists. This 1996 book, written by animation historian John Canemaker, offers biographical profiles of these artists and shares little known details about Disney animation and storytelling. Click here for a review.

Animation has long been a male-dominated industry, and Ink & Paint: The Women of Walt Disney’s Animation, released in 2017, offers an interesting look at the female artists who contributed to Disney’s rise.

For Pixar fans, 2017’s The Color of Pixar offers a vibrant collection of stills from the studio’s more than 20 years of feature films.

While Disney dominated during animation’s Golden Age, South Florida’s Fleischer Studios served as a formidable rival for Mickey and the gang.

Fleischer Studios, founded by brothers Max and Dave Fleischer, got its start in New York City in 1921. (At the time, it was called Inkwell Studios.) But in 1938, they moved the operation to Miami. The animation studio is known for animated cartoon classics such as Superman, Popeye and Betty Boop.

Warner Bros., founded in Burbank, California in 1923, is another iconic animation studio. The studio is best known for Looney Tunes, a series of animated comedy shorts that introduced beloved characters such as Bugs Bunny, Daffy Duck, Porky Pig and Elmer Fudd to the world. 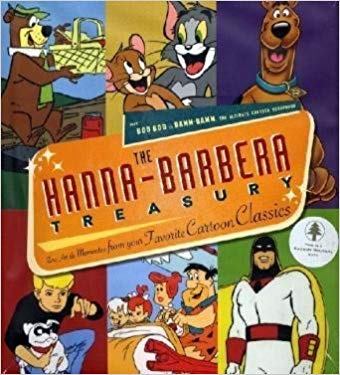 Hanna-Barbera Productions, founded in 1957, was another dominant name is television animation. Today, the studio has been absorbed by Warner Bros., but the name Hanna-Barbera is still known for creating iconic characters such as Scooby-Doo, The Flintstones, The Smurfs, Yogi Bear and The Jetsons. The Hanna-Barbera Treasury (2007) celebrates the art of the studio’s founders, Bill Hanna and Joe Barbera, with a collection of rare drawings, storyboards, concept art and memorabilia.

In the 1980s, animation was dominated by the likes of He-Man, The Transformers, G.I. Joe, Thundercats and My Little Pony. The Rise and Fall of the 80s Toon Empire (2017) includes interviews with dozens of cartoon producers, writers and artists from this period revealing a behind-the-scenes look at many of these animated shows.

Nickelodeon, the first kids’ network, began as a DIY start-up in the late 1970s. It went on to enjoy its own renaissance after opening Nickelodeon Studios in Burbank, California in 1990. One year later, the network introduced its first original animated series –Nicktoons–were “Doug,” “Rugrats,” and “The Ren & Stimpy Show.” These were joined by non-animated shows, such as “Clarissa Explains It All,” “All That” and “Are You Afraid of the Dark?” 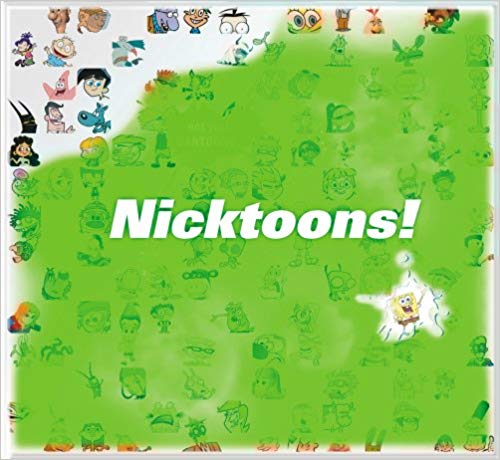 Not Just Cartoons: Nicktoons! (2007) offers a those who grew up in the 1990s a nostalgic look at Nick’s golden era, with more than 500 illustrations, images and drawings from all 31 Nickelodeon’s cartoons, as well as anecdotes from the show’s creators. Slimed!: An Oral History of Nickelodeon’s Golden Age (2013) also takes a look at Nickelodeon programming, going back a bit further into the 1980s, through the lens of dozens of producers, writers, artists and actors.

Lastly, here’s a book that may be out of print — we couldn’t find it on Amazon or any evidence that it is  available for purchase: You Can’t Do That on Television: The Rebellious History of Nickelodeon.